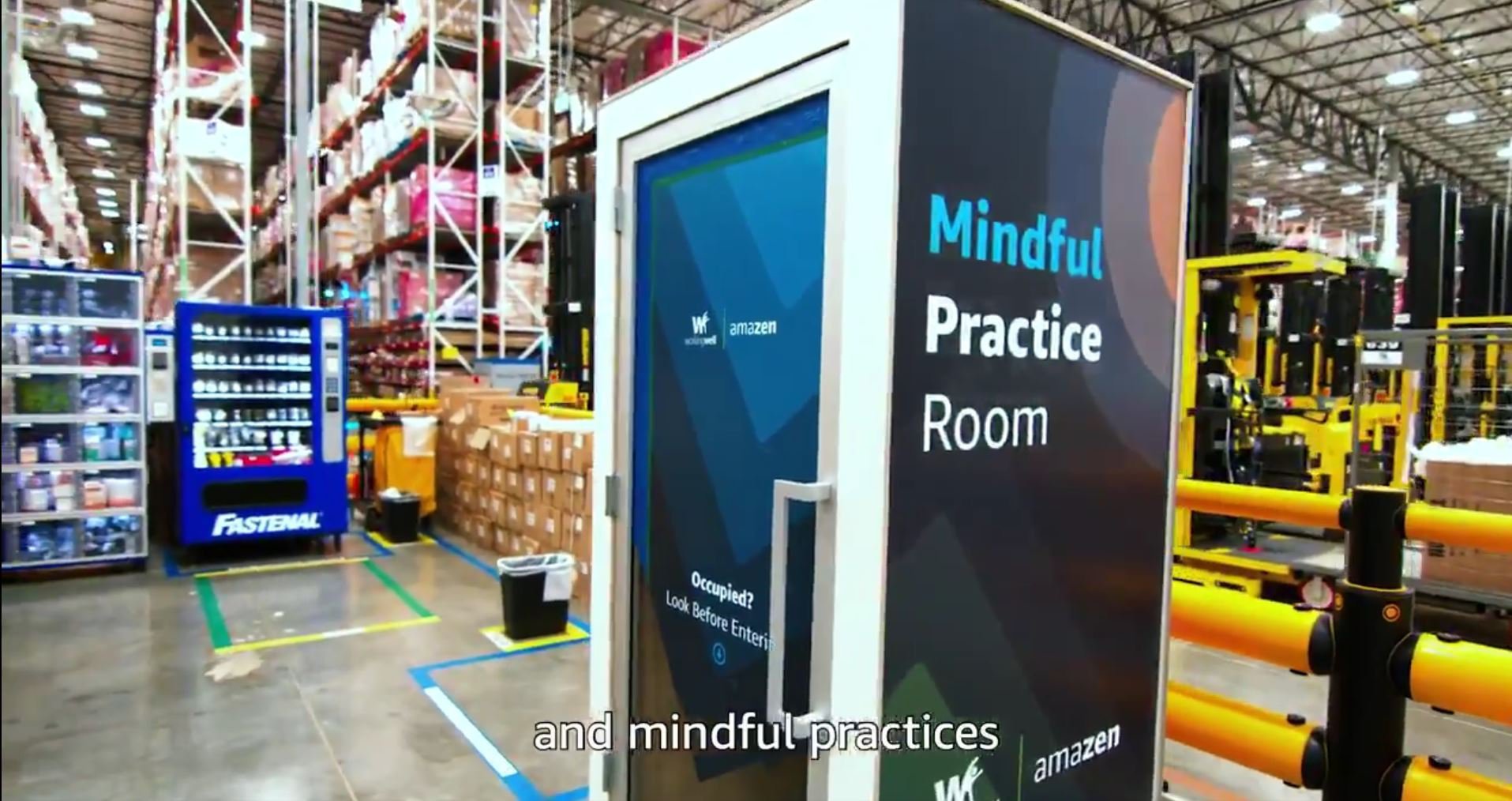 In the futuristic dystopia THX1138 (1971), by director George Lucas, the population, which is controlled by a secret organization, often needs to enter small rooms to consult with a kind of political and religious master. Inside, they take guidelines and medications that help them to control their emotions and get on with life.

Sci-fi scripts often predict technologies that later become routine. So it was with artificial intelligence, with autonomous cars, with smartphones, all these innovations previously imagined in books and in the cinema. Now, emotional control inside small rooms is strangely taking shape, in which case, “innovation” has come through Amazon.

The company’s solution is an attempt to help its employees at distribution centers who often report suffering from emotional distress while facing exhausting workloads. Called “ZenBooth” or “Mindful Practice Room,” something like a concentration room, in Portuguese translation, it is an environment that should be used individually to relax.

The space is part of Amazon’s recently launched WorkingWell program, which aims to provide tired employees with “physical and mental activities, wellness exercises and healthy eating” with the aim of “helping them recharge and re-energize”, according with a company statement. In the tiny room, “individual interactive kiosks” show videos of “guided meditations, positive affirmations, soothing scenes with sounds and more”.

In a video posted on Twitter on Wednesday, 26, but which was deleted by Amazon, it is possible to see the box placed in the middle of one of the company’s warehouses. Inside, there is a small table with a single monitor, some shelves with plants, a small fan, all designed so that the worker comes back renewed to continue, in some cases, the 10-hour shift.

Amazon employee Leila Brown, who helped create ZenBooth as part of WorkingWell’s mental health initiative, AmaZen, says in the video that the intention was to “create a peaceful space” where “people could go and focus on their good – to be mental and emotional “- George Lucas’ film was not a reference.