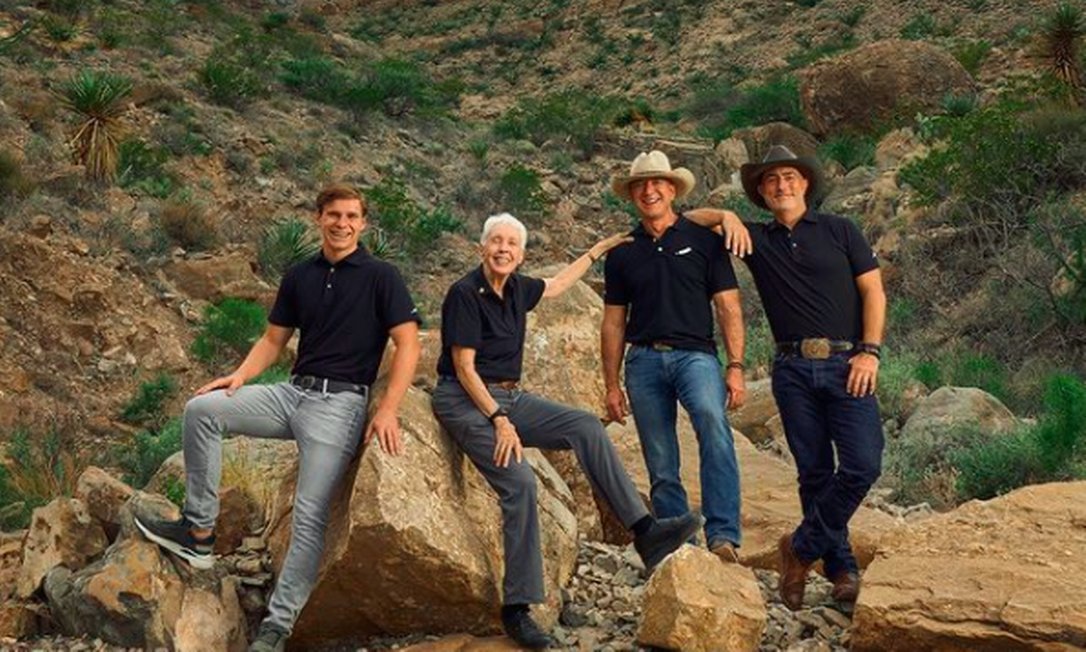 The American billionaire and founder of Amazon, Jeff Bezos, is in the final preparations for his space travel in a spaceship of his company Blue Origin. The launch is scheduled for tomorrow, at 10 am (GMT).

Through Instagram, Bezos informed that he is in Texas, where the launch will take place, along with the other three passengers on the flight. On Sunday, Bezos, his brother Mark, Wally Funk and Oliver Daemen attended training to prepare for the Origin flight.

“The four of us arrived in West Texas today. I can’t wait for Tuesday,” wrote Bezos, in a Saturday publication, alongside his fellow flight attendants.

Bezos also posted two videos showing some details of the latest preparations. In one of them, excerpts from Bezos’ training are shown alongside the crew.

“We’ve been practicing full missions in the New Shepard training simulator. I can’t wait for takeoff,” the executive wrote.

In another video, Bezos disclosed the meeting with his flight companions. Upon seeing the rocket, Funk wasted no time and said: “I’m going to that window!” “I love this crew,” wrote Bezos in the publication’s caption.

The mission will be the first automated flight to go into space with a fully civilian crew, with none of its astronauts or trained personnel on board.

In a statement on Sunday, Blue Origin expressed confidence in the project. “We are not currently working on any open issues and New Shepard is ready to fly,” said Flight Director Steve Lanius, adding that the weather forecast looks favorable for takeoff. See who will accompany Bezos to the space

Mark Bezos, younger brother of Jeff Bezos, will also be aboard the New Shepard. Mark is six years younger than Jeff, who turned 57 in January, and was a volunteer firefighter with the Scarsdale Fire Department in Westchester County for a decade.

Mark earned a bachelor’s degree in advertising and public relations from Texas Christian University and, in 1999, he created and ran his own marketing company. In the same year, he became director of the Bezos Family Foundation, founded by Jackie and Mike Bezos. 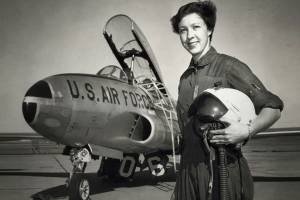 Undated photo provided July 1, 2021 by Blue Origin of pilot Wally Funk, who at 82 will be the oldest person to fly into space.

Undated photo provided July 1, 2021 by Blue Origin of pilot Wally Funk, who at 82 will be the oldest person to fly into space. (AFP/AFP)

Wally Funk is the guest of honor of the New Shepard rocket. At 82, she will be the oldest person to go into space. She is a pilot and former flight instructor and was the first woman to serve as an inspector for the US Federal Aviation Administration (FAA) and the first female air safety investigator for the US National Transportation Safety Council.

The 18-year-old physics student will become the youngest person in history to go into space. Daemen was the last name to be released as a member of the four-member civilian crew on the flight. Oliver will take the place of the auction winner, whose name was not made public, who paid $28 million for a seat on the rocket but withdrew due to “conflicting commitments”.

Oliver is the son of Joes Daemen, CEO and founder of Somerset Capital Partners, an investment management firm. Daemen Senior “paid for the seat and chose to send Oliver,” Blue Origin told Blue Origin, not wanting to say how much was disbursed.

According to Blue Origin, Daemen is working to get his pilot’s license and is due to go to Utrecht University in the Netherlands to study physics and innovation management in September. 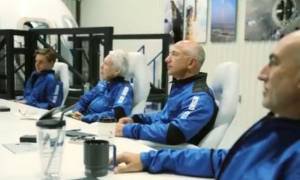