Brazilian creates startup, receives US $ 10 million and becomes a sensation … in Singapore

Next Gen: Timo Recker and André Menezes founded the company last year. Now they have received an investment of 10 million dollars (NextGen / Disclosure)

Alongside a German partner, the Brazilian André Menezes managed to convince the capital fund Temasek, which has already contributed companies such as Adyen, Tencent e PayPal, to invest 10 million dollars in a startup created last year, without any product launched and that operates in Singapore. Or rather, he didn’t have to convince anyone. Investors were already eager to contribute Next Gen, which works with plant-based foods.

The investment by Temasek, which included the participation of investors such as K3 Ventures, EDB New Ventures, NX-Food, FEBE Ventures and Blue Horizon, will give Next Gen the financial strength it needs to launch its own vegan chicken, called of TiNDLE. Made with soy, the product will hit the market next month and will be destined entirely to restaurants … in Singapore.

Alongside Malaysia, Singapore is part of a region in Asia that has become a kind of Silicon Valley to the food techs, food startups. Especially for those who want to challenge the traditional food industry plant-based. In addition to Next Gen, companies like Green Monday (Hong Kong) and Hero (China) are also in the region. It is also worth remembering the American Beyond Meat, which landed in China in recent months

For Temasek (and the other funds involved) it is the opportunity to guarantee participation in a business that still operates in an embryonic market. The global vegetable protein segment is expected to reach $ 85 billion by 2030, according to a report by Swiss consultancy UBS.

Singapore is also the country where André has lived since 2016, when he came to BRF to work (and later lead) a company joint venture in partnership with the German company Sats. In 2019, the Brazilian company sold the business that operated with food processing and distribution. One of the Brazilian’s functions was to investigate startups that could be useful for the business. In these searches, he met LikeMeat.

Founded in Germany by Timo Recker, LikeMeat already made a vegan chicken and is gaining ground in the European country. Even so, the entrepreneur decided it was time to give up the business after an offer to buy American Foods United. With the money from the sale, Timo invited André, who had quit his job, to build a new business. “He already had experience in the industry and I knew the local market,” says the Brazilian.

Timo invested $ 2.2 million in the operation. The money was used to get the company to set up a structure in Singapore and recruit its C-level professionals, who came from giants like Unilever, in addition to LikeMeat. The resources were also allocated in partnership with a company that will produce the products. Production will be done entirely in the Netherlands, which will provide a more agile expansion to other markets in the future. 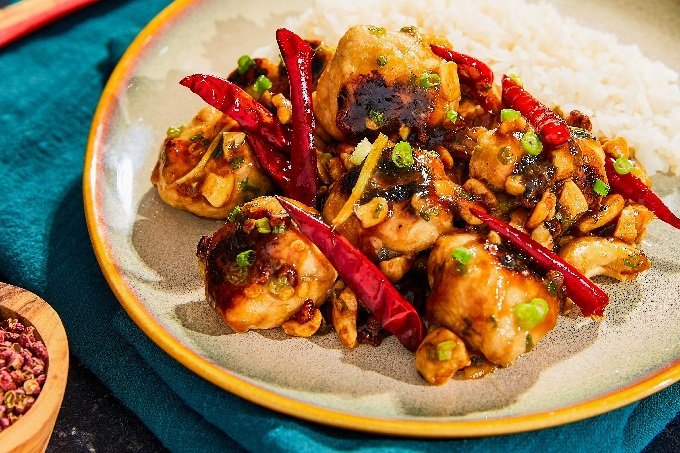 André, who is not a vegetarian and says he “loves to eat meat as well as a large part of the team”. “I agree with how the industry works. It doesn’t seem right to me to have to slaughter billions of animals a year in order to have tasty food on the table. This account doesn’t close, ”he says. According to the UN, more than 66.5 billion chickens are slaughtered each year across the planet. In simple math, more than 2,000 animals are killed per second.

André changed not only the team, but the game. The now entrepreneur explains that to manage a plant-based startup it is necessary to understand the differences not only between the products, but also between the operations of a small company for a billionaire multinational. “We are a technology company and not a meat company, which needs to squeeze every last step of the chain to be competitive against its rivals,” he says.

In the new business, in which, in addition to being a partner, he is also the head of operations (Timo occupies the position of president), André says that the goal is to make people create an identification with the brand, even taking into account the difference in prices. between products. “Nobody buys chicken (traditional) by the brand. But, in the plant-based industry, the weight of the brand is greater ”, he says.

Next Gen intends to reach other countries, including Brazil. This can happen if the product reaches retail. When this happens, which is not yet certain and will depend on how consumers will react to food in restaurants, the trend is for a different product to be made available. “Maybe he is not so versatile, but it will be easier to be prepared”, says André.

In Brazil, specifically, Next Gen intends to arrive only if it gets local partners to carry out food production in the country. The reason is the cost to land products on Brazilian soil, mainly due to the devaluation of the real. “There are companies that do this, but the prices charged in supermarkets end up being less competitive,” he says.

Thaís Braz commented on her romance with Fiuk at Big Brother Brasil 21. The dentist said that the involvement...
Entertainment

Life of the People: Summary of today’s chapter, Wednesday, April 14

Audacity and innovation: Citroën presents its new top of the range