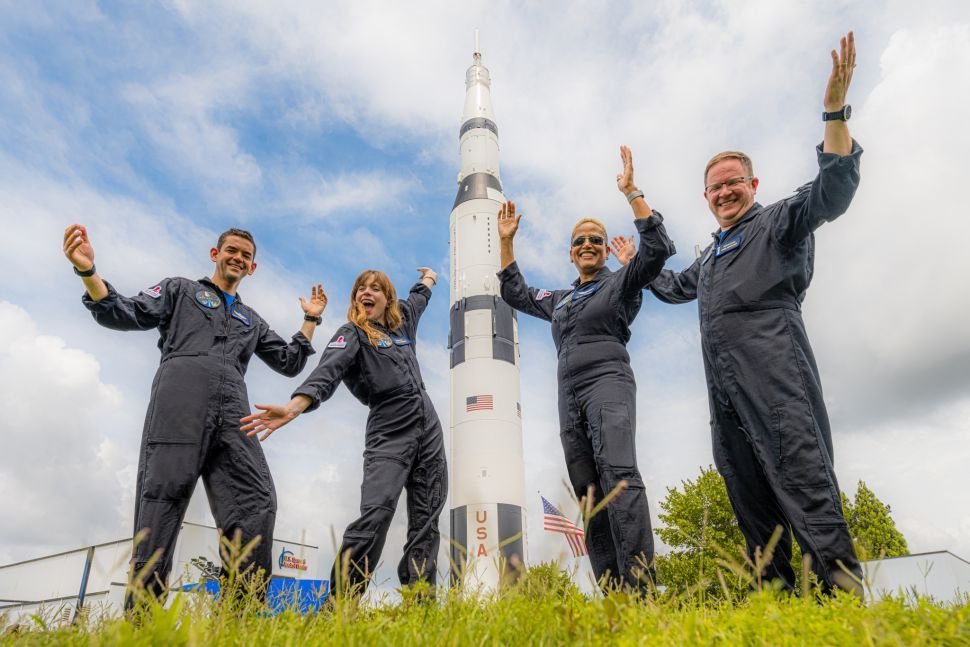 A SpaceX is about to make history. After taking astronauts 25 times to the International Space Station (ISS) and partnering with NASA (to the dismay of some competitors), now it’s the turn of the space company from Elon Musk use ship Crew Dragon on first civilian space mission.

Four people will be part of the flight that, in all, will last three days: billionaire Jared Isaacman; assistant physician Hayley Arceneaux; geoscientist Sian Proctor and engineer Chris Sembroski.

The mission objective, called the Inspiration4, is raising $200 million for St. Jude Children’s Research Hospital, charity hospital for children with cancer. Isaacman has already donated half the amount and the rest will be collected through the Inspiration4 website.

This Monday, the 13th, the Netflix will release the first episodes of the documentary series “Countdown: Inspiration4 Mission to Space” about the preparation of the four crew in recent months.

Netflix plans to cover the event “almost in real time”, with the latest episodes of the series planned to come out after Crew Dragon arrives in Earth orbit.

What is known about the Dragon Crew?

Musk’s Crew Dragon is the evolution of an ancient spacecraft called Dragon 1, launched 20 times on missions to deliver payloads to the ISS and the first spacecraft by a private company to take humans into space.

The new version of Crew Dragon is capable of carrying up to 7 passengers and significant amounts of cargo. In all, it is about 8 meters high and 4 meters in diameter. It is equipped with 16 Draco thrusters, which help to move the vehicle.

From launch until just before re-entry, the Crew Dragon capsule is attached to a section that acts as a sort of trunk: it has solar panels, heat-removing radiators, cargo space, and devices to provide stability in the event of an emergency. .

The spacecraft also has security measures for takeoff: there is a launch exhaust system that has eight SuperDraco engines and quickly separates from the rocket for the safety of the crew.

The interior design, as SpaceX engineer John Federspiel puts it, aims to “look like a 21st century spaceship” with touchscreens, foam seats that “mould” around the seat and the colors white and black everywhere.

The first astronauts to fly aboard a Crew Dragon, Doug Hurley and Bob Behnken, say the screens were hard to get used to at first. “But what you get is an indication of where you played,” Hurley told BBC. When using, the technology indicates where it believes it was played through a “flash” to know if the click was correct.

In the Inspiration4 mission, the vehicle used will be the Crew Dragon Resilience (“resilience”, in Portuguese). It will be on top of the Falcon 9, two-stage rocket that has participated in 111 SpaceX launches.

Resilience has a spatial detail: while other versions have small straight windows, this ship will have a Dome to provide a complete view of space. Since the mission will be in orbit at all times (and will not dock with the ISS, for example), the round glass is replacing the connecting port that would be used to enter the station.

A look at Dragon’s Cupola, which will provide our Inspiration4 astronauts with incredible views of Earth from orbit!

The crew visited the flight-hardware Cupola in California before it was shipped to Florida for integration with Dragon Resilience. pic.twitter.com/9ivMZrS1ip