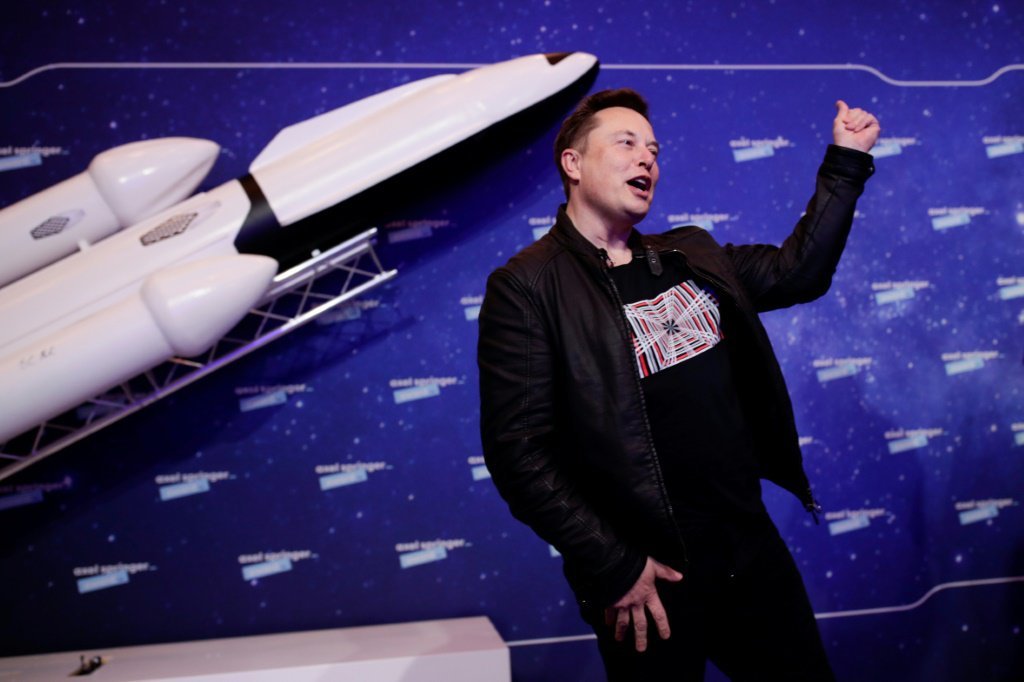 Today, there are already 600 confirmed interested parties in space travel on Virgin, including celebrities such as Tom Hanks, Justin Bieber and Lady Gaga (Agency France-Presse/AFP)

Before taking humans to mars, the billionaire Elon Musk should go to space, but not for your company, the Space X. After the successful space travel, the Virgin Galactic, founded by the billionaire British Richard Branson, reported that the founder of Tesla has reserved a place to travel into space aboard one of the company’s rockets.

Musk paid a $10,000 deposit to secure a seat on an upcoming Virgin Galactic trip, Branson said in an interview with The Sunday Times.

A company spokesman confirmed the information to the The Wall Street Jornal, however, he did not reveal Musk’s position in the queue for vacancies.

Last Sunday 11th, Elon Musk visited Virgin Galactic’s launch facility in New Mexico to watch the flight and wish Branson “good luck”. “Elon is a friend and I may travel on one of his ships one day,” said the 70-year-old billionaire.

Branson flew with five other people, a milestone for space tourism in a venture he started 17 years ago and which consumed more than $1 billion of his personal wealth.

Shares in Branson’s company jumped a record 22% in the US pre-market. After rising 10% at the start of negotiations on Wall Street, the shares gives Virgin Galactic closed the day with a drop of 17.3%, traded at US$ 40.69 on the Stock Exchange of New York.

Today, there are already 600 confirmed interested in traveling to space on Virgin, including celebrities like Tom Hanks, Justin Bieber and Lady Gaga. The company plans to resume ticket sales after new tests at prices above $250,000 per person, an amount initially announced.

After two more tests this year, travel with paying passengers should begin in 2022. According to the company’s chief executive, Michael Colglazier, the goal is 400 flights a year.

The type of space flight performed by the company is called suborbital, in which the aircraft is able to travel beyond the atmosphere. These planes cross the boundary defined as space — the US considers the border at 80 kilometers — but don’t reach enough speed to stay in this region once they get there.

Another billionaire expected to go into space in the next few days is Jeff Bezos, which will do the first flight aboard a rocket for his space company, Blue Origin.