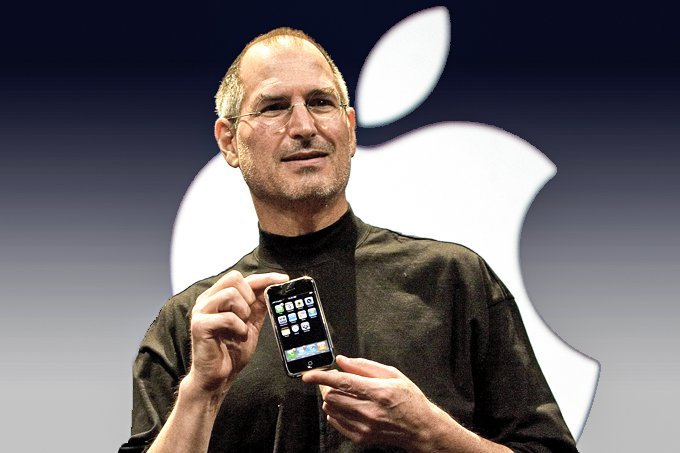 Steve Jobs, one of the two Apple founders, along with Steve Wozniak, is known not only as one of the most successful and famous business people in the world, but also as a master when it comes to public speaking. Jobs was never the type of executive to hide behind a desk. His place was the stage, whether at Apple presentations or at student speeches. Check out, below, five remarkable presentations of the story of Steve Jobs, whose death completes a decade.

In 2007, the iPhone’s introduction to the world was in style. In addition to being an innovative product for its time, Jobs’ presentation is conducted in a way to generate suspense in the audience. Finally, the audience is ecstatic when they see, for the first time, a device that adds a media touch, a phone and a telecommunications system: the first iPhone.

Steve Jobs’ speech to a class of university students at Stanford University definitely made history. It’s less than 15 minutes of an inspiring speech about how people should seek the best of their lives, always remaining “foolish and hungry”. See, with Portuguese subtitles, below.

Few tech industry presentations have been as striking as the MacBook Air. In it, Steve Jobs, in order to demonstrate the thin thickness of the notebook, takes the device out of an envelope. See the subtitled video below.

Apple’s first tablet had a clear vocation, in Jobs’s vision: to be a device between the smartphone and the notebook that could be better than these two devices in some tasks, such as surfing the internet, watching videos or playing games. For Jobs, computers had limitations compared to the iPad, like the PC software, the inherent slowness of the products of that time and the low quality of the screens. With these arguments, Jobs showed the world that the iPad could be a business. Until today, Apple leads the segment.

At WWDC 2011, the global app developers conference for Apple products, Steve Jobs took the stage for the last time in an official presentation. Jobs talked about the cloud computing service iCloud, document management on the iOS system and the iTunes Music Store, the company’s online music store. Watch the video of the presentation below.