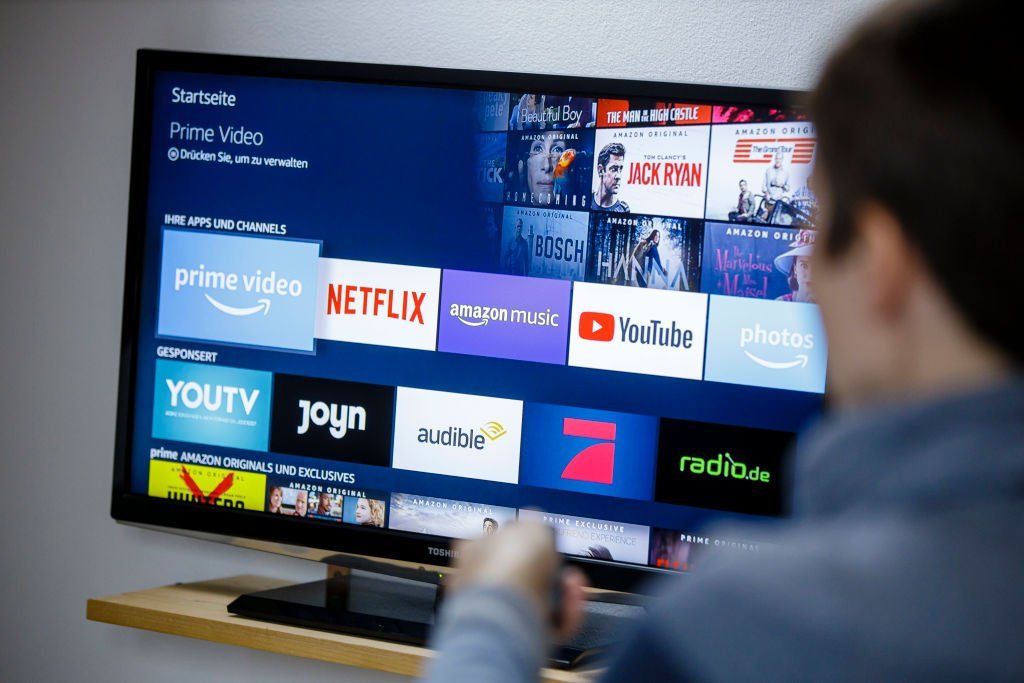 To dispute two streamings to capture the attention of consumers is increasingly fierce. In a world where Disney+, HBO Max, Star+, Netflix and so many others seek to increasingly increase the customer base, the DirecTV Go increases its “firepower” with a partnership signed with the Algar Telecom, as the companies exclusively informed EXAME.

The streaming platform maintained by AT&T arrived in Brazil in December 2020 with the proposal to offer live sports and access to more than 90 channels. In other words, unlike rival platforms, which bet on their own productions, DirecTV Go wants to get closer to a cable TV model offer — but without having to install any cable and at a more competitive price than that charged by these services. Today the DirecTV Go cobra R$ 69,90 for services.

Nine months after arriving in the country, the company is now getting even closer to this mission by opening up the possibility for Algar Telecom customers to be able to contract DirecTV Go services directly with the operator, without the need for a credit card.

The service must be resold by Algar Telecom throughout its concession area, which today comprises 87 municipalities in the states of Minas Gerais, São Paulo, Goiás and Mato Grosso do Sul – with a total of more than 1.2 million customers.

“DirecTV Go is a platform built on our belief that people have a certain subscription fatigue. We really believe in our content for the Brazilian public and we started our national expansion effort together with Algar Telecom, a company we trust and believe in”, says Gustavo Fonseca, president of DirecTV Go, to EXAME.

The executive does not explain what the goals are in terms of this partnership, but he says that this is a first step towards national expansion and that future partnerships with other companies are not discarded. E-commerce companies and fintechs are in the company’s crosshairs.

From Algar Telecom’s side, the positive perception is shared, as it offers customers a service that matches faster internet, such as fiber optics – installed in most of the company’s customer base. “Our purpose is to offer this service to customers who already have fiber and offer it as one more reason to switch to this technology for those who do not yet have it. We are going to test the adaptation of customers to DirecTV Go, but we are confident”, says Rodrigo Schuch, marketing director at Algar Telecom.

The partnership is not exclusive to Algar either. The operator already has contracts with platforms ranging from digital books to music streaming, and the company says it is always on the lookout for news.

The fact is that the alliance between streaming and operators is becoming a common behavior in Brazil. Recently, the music streaming platform Deezer entered into a partnership with TIM: in June this year, TIM Beta plan customers started to have Deezer Premium within the plan. Competitor Spotify also has partnerships with operator Vivo — this also gives discounts on Netflix and Disney+ tuition.

In the face of increasing competition, it seems a natural move to build alliances to continue to win customers and reach the levels of the pioneer Netflix. According to a survey carried out by Itaú Cultural in partnership with Datafolha, the platform concentrates 62% of the market, followed by Amazon (27%), Globoplay (24%), Disney+ (16%), Telecine (14%), Now ( 7%) and Mubi (3%). It is worth remembering that Disney+ has been growing at a fast pace and has already surpassed the mark of 100 million subscribers in six months.

How to win this close dispute?

In other words, it is not for nothing that the search for “reinforcements” increases in the eagerness of each one to conquer their own share in this market. But how far does that breath go?

In the case of DirecTV Go, the company has in its favor the fact that the offer makes sense in Brazil, a country where pay TV shows a continuous decline: there are about 170 thousand less subscribers per month in 2021. more than double the pace registered in 2020, around 77 thousand customers, according to data released by Anatel.

This behavior is different from that registered in the United States, for example, where the number of pay TV subscribers rose from 116.5 million in 2010 to 106.1 million in 2017, according to data compiled by the Statista analysis platform.

Meanwhile, streaming shows its growth potential, with the pandemic’s undeniable contribution. Does this combination of factors — even in markets where pay TV has a less dramatic reduction — represent a “win game” for streaming companies that want to operate in this niche?

For Jeffrey Cole, a professor at the University of Southern California specializing in the study of new media, no.

“I believe that, in general, people will pay, on average, for 2.5 subscription services in their homes. Netflix is ​​already responsible, alone, for one of these services. Therefore, especially smaller companies will have to combine to become stronger in the face of this competition. This is a global trend”, he says to Prime Time Zone.

In addition to gaining relevance through smart partnerships, companies must soon face a new challenge: the loosening of social isolation measures, as covid-19 cases decline and vaccination advances.

With more activities outside the home — and, of course — less time in front of the screens, it won’t be enough to win new consumers, but, obviously, to retain them over time.

While Netflix already seems to have solid ground to do so and Disney+ seems to be following a similar path, what can other companies do? For the teacher, succeeding in this new path is related to a single goal: ensuring that the public watches the platform enough not to unsubscribe.

“Today, we have much higher levels of time spent in front of screens, which will no doubt decrease. A lot of people look at it as if it’s going to cause a very dramatic move, but I don’t believe it. There is no danger. It will be necessary to capture the attention of customers so that they maintain constant contact with the brand and see some value in the service, not the full value of the leisure of their lives, but enough not to cancel the monthly payment”, he says.

Defining winners and losers in an environment of fast and so much change is not yet possible. But the partnerships already indicate that streaming platforms are following a similar path. In the fight for customers’ useful time — which can even include sleeping and eating, as Netflix has already announced — anything goes. No wonder DirecTV Go wants to enjoy its part within this new niche as well.