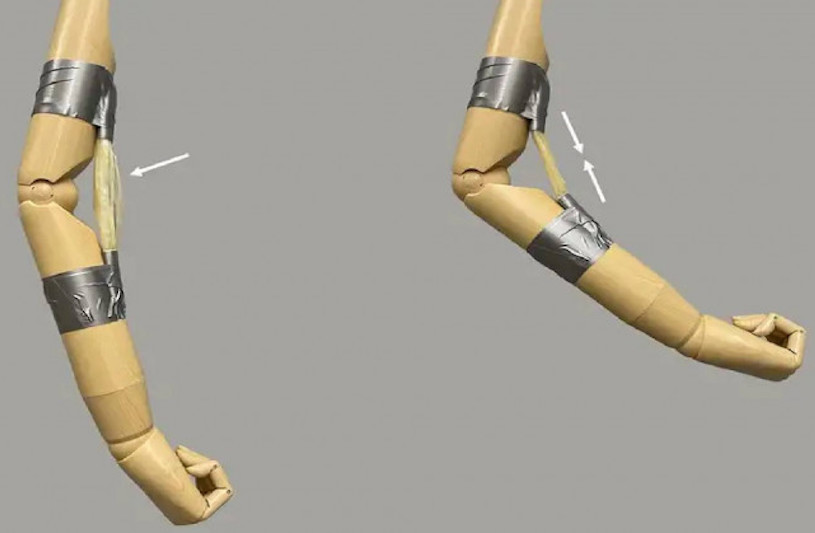 Through the use of new polymers that store more energy and are then heated, researchers at Stanford University were able to get mannequins to move their arms on their own.

It was seeing robots move their arms by themselves, at least until now. According to a new Stanford University study published in ACS Publications, a team of researchers has developed a shape-memory polymer that allows robots move arms alone when polymers are heated.

However, traditional shape memory polymers do not store significant amounts of energy while being stretched, which means they won’t release much energy as they return to their normal state. limits its use on tasks that involve lifting or moving objects, write the New Scientist.

New polymers can now lift objects up to 5000 times its weight, stretch five times more than its initial length and store nearly six times more energy than previous versions, which equates to 17.9 joules.

When stretched, hydrogen bonds are created between the currents of the new material, which allows it to keep your form extended. When heated to 70°C, these bonds break and the material returns to its condensed form.

These new, more elastic polymers were created by incorporating a polypropylene glycol backbone.

“Can be used to lift weights or to help give an additional push to someone who has difficulty walking“says Zhenan Bao, chemical engineer and leader of the team that carried out the study.

The team also tried create an artificial muscle by attaching the unstretched polymer to the upper and lower arm of a wooden mannequin. The material was then heated to be able to contract, which caused the mannequin to bend the arm on its own.

The use of polymers is also advantageous for being cheap – each costs only 11 dollars, around 9.40 euros.