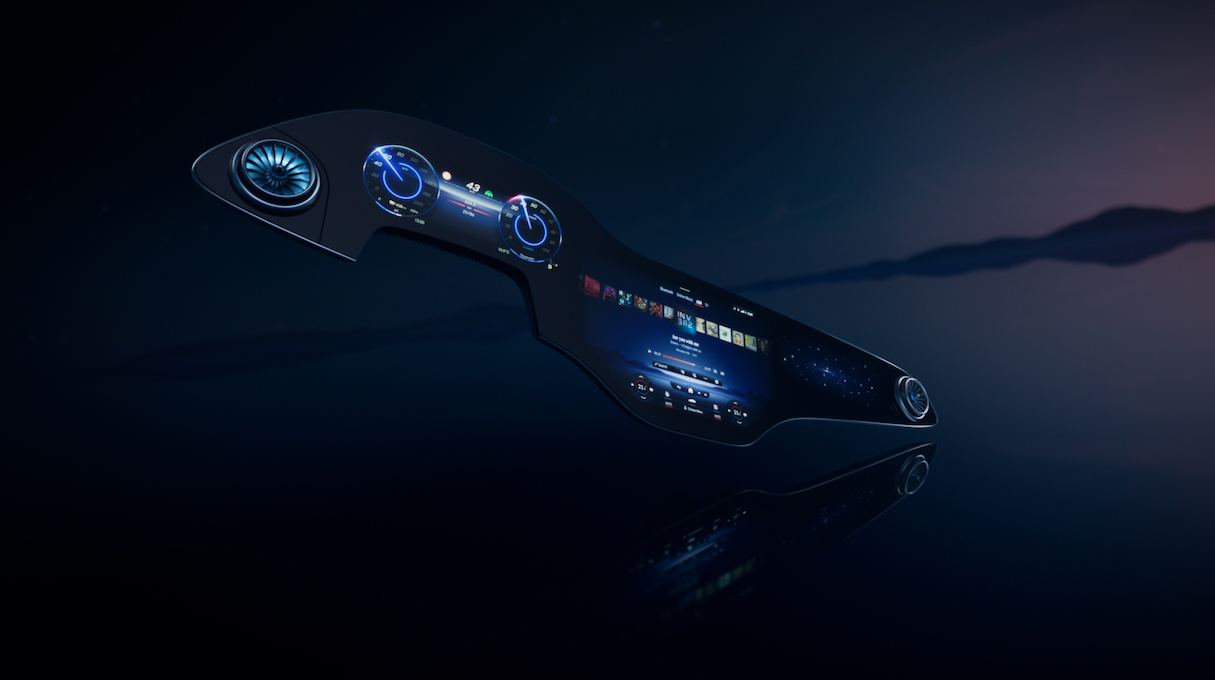 German car manufacturer Mercedes-Benz has just revealed a futuristic vision for its next luxury electric vehicle EQS: a 56-inch touchscreen called “Hyperscreen” that covers everything from the speedometer to the entertainment system.

The panel uses OLED covered with anti-glare glass Gorilla Glass and automatically adjusts brightness thanks to a camera and light sensor. The giant screen, part of the company’s Mercedes-Benz User Experience (MBUX), is actually made up of several screens built on a long piece of curved glass.

There are three areas: one central infotainment screen, one back panel of the steering wheel and a additional screen for the passenger.

The manufacturer does not want drivers to scroll through various menus and, therefore, only provides the most important aspects during the operation of the vehicle.

Mercedes-Benz calls it “Layer zero” interface – navigation is always in the center of the screen, for example. This feature aims to make the Hyperscreen the most simple possible to use, while minimizes distractions.

The screen, for example, allows the front passenger to watch a television program while hiding the driver’s screen to keep them focused on the road.

The German company also did not hesitate to include resources based on artificial intelligence (AI). “If[someonealwayscallsacertainpersononthewayhomeonTuesdaynightstheywillbeaskedtomakethecorrespondingcallonthatdayoftheweekandataspecifictimeoftheday”readsanofficialstatementfromMercedes-Benz[alguémligasempreaumadeterminadapessoaacaminhodecasanasnoitesdeterça-feiraserásolicitadoquefaçaaligaçãocorrespondentenaquelediadasemanaenumhorárioespecíficododia”lê-senumcomunicadooficialdaMercedes-Benz

Other features, such as seat or steering wheel heating, will also be offered by the system, depending on the driver’s preferences.

“O MBUX Hyperscreen continually gets to know the customer better and offers personalized information and entertainment before the occupant has to click or scroll anywhere, ”said Sajjad Khan, board member of Mercedes-Benz and CT, in a statement.

The Mercedes-Benz EQ car line is expected to go into production later this year.