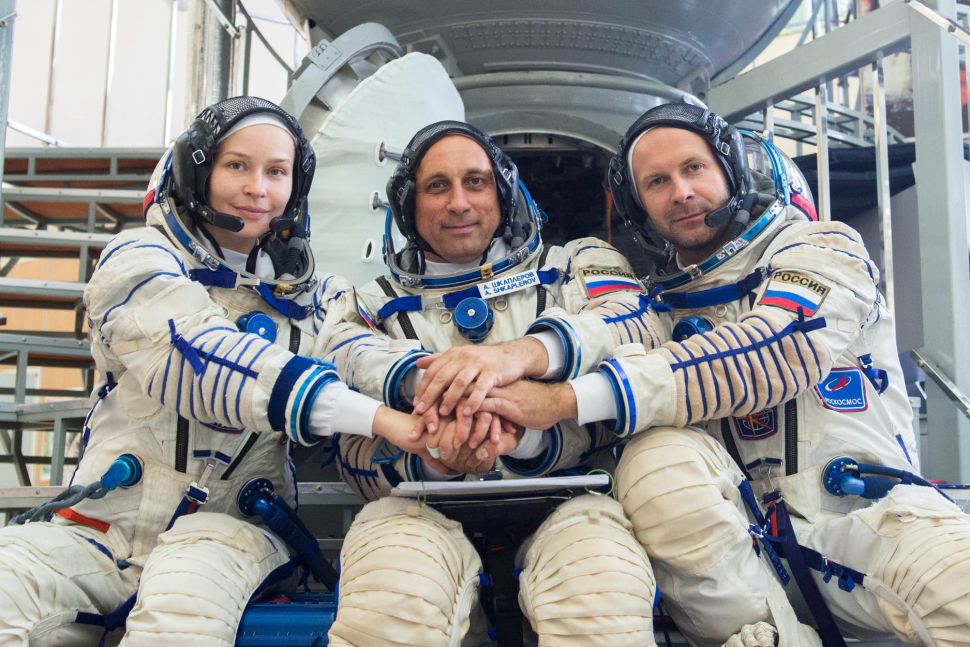 A Russian actress and filmmaker left this Tuesday for the International Space Station. Mission: to make the world’s first film in orbit.

The actress Yulia Peresild and the director Climb Shipenko took off for the International Space Station on the Russian Soyuz spacecraft with cosmonaut Anton Shkaplerov, a veteran of three space missions. The images were broadcast live by the Russian Space Agency Roscosmos.

To ship Soyuz MS-19 took off, as scheduled, at 9:55 am from Lisbon, from the Russian space launch facility in Baikonur, Kazakhstan, and arrived at the International Space Station at 13:12, one minute behind schedule.

Roscosmos officials reported that the crew was feeling fine and all spacecraft systems were functioning normally.

Astronaut NtAnton_Astrey and the space flight participants – Yulia Peresild and Klim Shipenko – are heading to the International Space Station! Docking will take place in 3 hours – at 15:12 Moscow time. pic.twitter.com/CPcf6IRU3I

the actress and the director will have 12 days to shoot part of a new movie, titled “Challenge,” in which a surgeon played by Peresild travels to the space station to save a crew member who suffers a heart condition.

The film is a joint production of the Moscow production company Yellow, Black & White, from the Russian TV channel Channel One and Roscosmos.

Tuesday’s flight is the first in a series of missions that in the coming months will take civilian astronauts to the International Space Station. In December, billionaire Yusaku Maezawa, video producer Yozo Hirano and cosmonaut Alexander Misurkin will also fly a Soyuz to the ISS — and also spend 12 days in orbit.

In February 2022, the Axiom Space’s Ax-1 mission will take four people on a Space X Dragon spacecraft. Three of the crew are civilian passengers with a paid ticket, the fourth is the former NASA astronaut Michael Lopez-Alegria, now an Axiom pilot, who will command the mission.

Shipenko and Peresild will return to Earth on October 17th in another Soyuz spacecraft., with the cosmonaut Oleg Novitskiy, which has been on board the Space Station since April this year.

At a press conference before Tuesday’s flight, Peresild and Shipenko acknowledged that it was a challenge to adapt to strict discipline. and the stringent requirements during flight training.

The cinematographic team’s flight takes place on the same day that Roscosmos announced the Postponement of the Luna-25 spacecraft launch to the south pole of the Moon by July 2022.

The announcement was made by the director general of the Russian space agency, Dmitri Rogozin, in statements to Primera Canal, quoted by EFE, before the launch of the Soyuz MS-19 that took the film crew into space. “Next year, in July, we plan a mission to the Moon, Luna-25, said Rogozin.

The Russia initially wanted to ship Luna-25 in October this year, but in August delayed the mission to May 2022 to allow more time to perform additional tests on the onboard equipment.