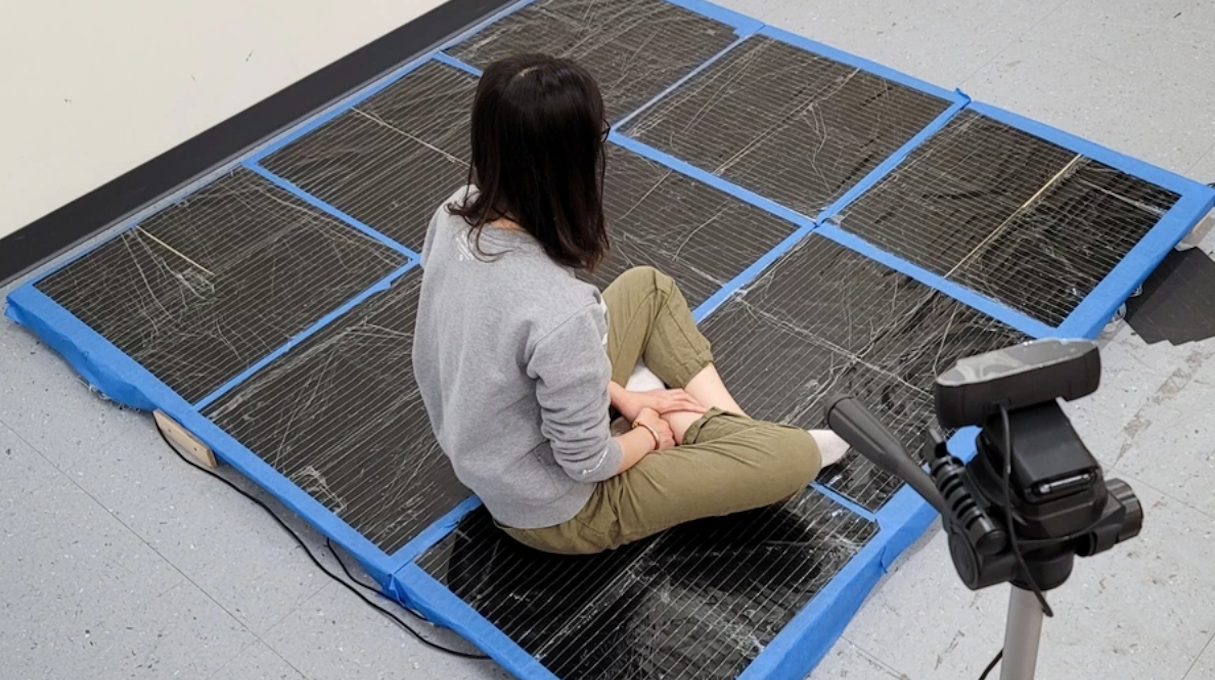 A team of engineers from the Massachusetts Institute of Technology (MIT) recently developed a smart mat that accurately estimates a person’s movements or body position. All this without the aid of cameras.

With around 3.3 square meters and more than 9,000 sensors composed of a pressure-sensitive film and a conductive thread, this smart mat can guess the movements or position of a person’s body without “seeing”.

In practice, it explains the New Atlas, when weight is placed on different parts of the mat, electrical signals are sent based on the amount of pressure.

At first, the system was trained with a synchronized combination of tactile and video input. People performed different actions, such as walking, sitting, lying down, rolling around, doing push-ups, positions of yoga, stand or stand on tiptoe.

Then, the pressure maps of each of the actions were assigned to virtual models of a person who performed them, thus allowing the system to estimate the body position based on pressure data.

The portal details that even upper body movements can be inferred quite accurately.

“We could predict the use of the mat for training purposes“said Yunzhu Li, co-author of the recently published study Proceedings of the IEEE/CVF Conference on Computer Vision and Pattern Recognition. “Based on tactile information, it can recognize the activity, count the number of repetitions and calculate the amount of calories burned.”

But the applications go far beyond physical exercise. This mat can be used to monitor seniors in case of falls or to track the movements of a player playing a virtual reality video game.