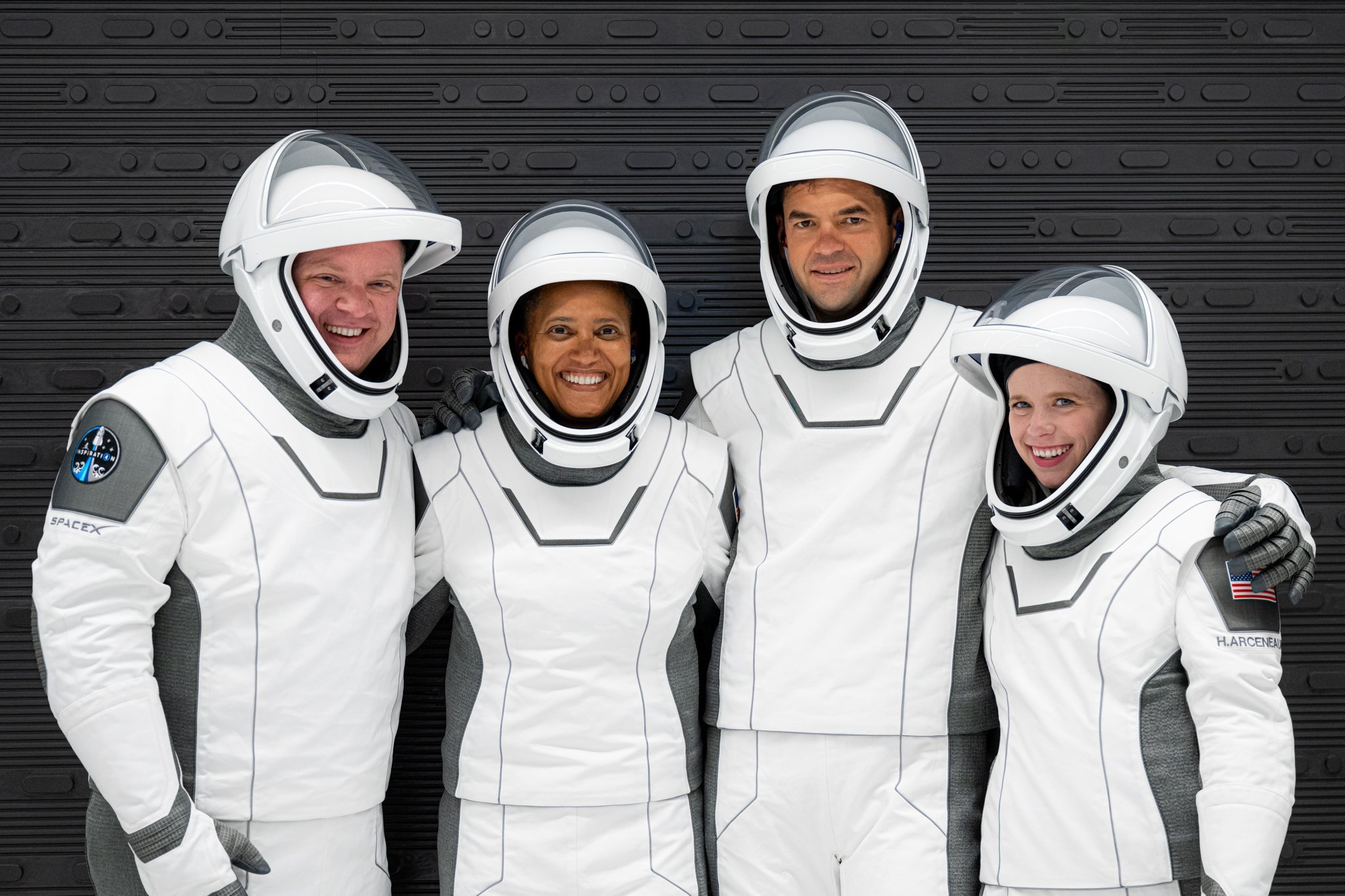 One small step for man, one big step for SpaceX. A space company of Elon Musk will send four crew on a three-day trip through Earth’s orbit. The mission, Inspiration4, it is the first time in history that “non-astronauts” are trained to survive in space.

The four crew will take off from Launch Complex 39A at NASA’s Kennedy Space Center in Florida, USA. The scheduled time for the release is 9:02 pm Brasília time.

According to a press release, the latest US Space Force weather forecast predicts 70% chance of favorable conditions for takeoff at the launch complex. In case something happens, a window is available at the same time for the following day, on Thursday 16th.

The entire mission is funded by one of the participants, billionaire Jared Isaacman, as a way to raise funds for St. Jude’s Children Research Hospital, a charity hospital for children with cancer. The goal is 200 million dollars, but Isaacman has already donated more than half the amount.

To help raise funds, SpaceX even recorded a documentary series for the Netflix. “Inspiration4: Star Voyage” was released last Monday, the 13th, and shows behind the scenes of the space mission.

“We want to make the dream of space accessible to anyone. The mission helps make people aware of spaceflight, making it more personal. Hopefully it inspires people to fly, as the name implies,” said Musk in the documentary.

Along with Isaacman, also on board Hayley Arceneaux, St. Jude’s assistant physician and childhood cancer survivor; Chris Sembroski, data engineer, and Sian Proctor, artist and geoscientist. Each represents a pillar “for humanity”, as SpaceX describes it: leadership, hope, generosity and prosperity, respectively.

On the mission, Isaacman will serve as commander and co-pilot, Proctor as co-pilot, Arceneaux as medic, and Sembroski as mission specialist. The vehicle used will be the Crew Dragon Resilience (“resiliência”, in Portuguese), evolution of an old SpaceX spacecraft by the name of Dragon 1, with the Falcon 9 rocket.

After takeoff, the Falcon 9 will reach half of its orbital latitude and the first stage of the rocket will detach. The rocket’s second stage will accelerate the spacecraft to a continuous velocity of about 28,000 kilometers per hour and then it will fall, leaving only the Crew Dragon in orbit.

The craft must maintain a continuous speed of 28,000 kilometers per hour for three days. Upon re-entry to Earth, the vehicle will turn and begin to slowly decelerate down to the atmosphere. A small parachute will be launched, followed by a larger one, for the crew to descend smoothly until they land in the Atlantic Ocean.

Once in orbit, the crew will perform human health experiments and performance in space, which will contribute to future spaceflights. In addition, SpaceX, the Translational Research Institute for Space Health (TRISH) and Weill Cornell Medicine researchers will collect environmental data and biological samples from the four members before, during and after the flight.