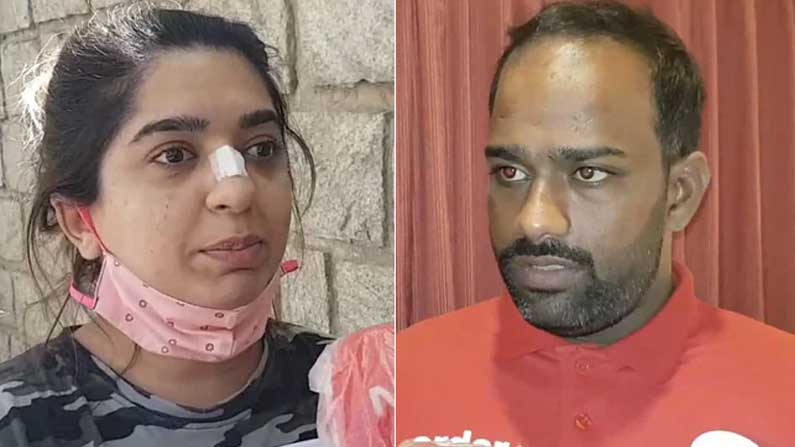 Zomato Case: A key development has taken place in the ‘Zomato’ case which has created a sensation across the country. The police sensation in connection with this case

Zomato Case: A key development has taken place in the ‘Zomato’ case which has created a sensation across the country. Police have made a sensational announcement regarding the case. Investigators announced that the case was being dropped. Bangalore police said there was no evidence in the case and the investigation was being suspended due to that. Asked if the order was delayed, Hitesh Chandrani, a young woman from Bangalore, made a video and posted it on social media saying that she had been attacked by a Zomato delivery boy. The Jomato delivery boy later lodged a complaint with the police against Kamaraj. However, the video she posted caused a sensation across the country. Many celebrities reacted to the incident. At the same time, the police registered a case against the young woman and arrested Jomato delivery boy Kamaraj and put him in jail.

However, now the original twist has taken place. Kamaraj, who came out on bail, clarified that he did not actually hit her. He asserted that his confession had been obtained through torture, and that his confession had been obtained through torture. He also apologized for the delay in delivery. If so .. Kamaraj lodged a complaint against the young woman at the same police station where the case was registered against him. Delivery boy Kamaraj said that he was prosecuting the girl for insulting him. The two lodged complaints with each other. The police registered a case against the two and launched an investigation. Police have not received any evidence regarding the allegations of the two. With that, the police recently announced that they are suspending the cases. Police said they did not know what actually happened there if there was CCTV footage at the scene, but there were no CCTV cameras there. Bangalore police said the cases could not go ahead based on the allegations made by the young woman. Not only that .. Hitesha Chandrani’s refusal to give a statement in this case is also becoming the main reason for stopping the investigation of this case.

Hero Motocorp: Bad news for those who want to buy a bike .. Hero MotoCorp has announced that it is raising prices ..