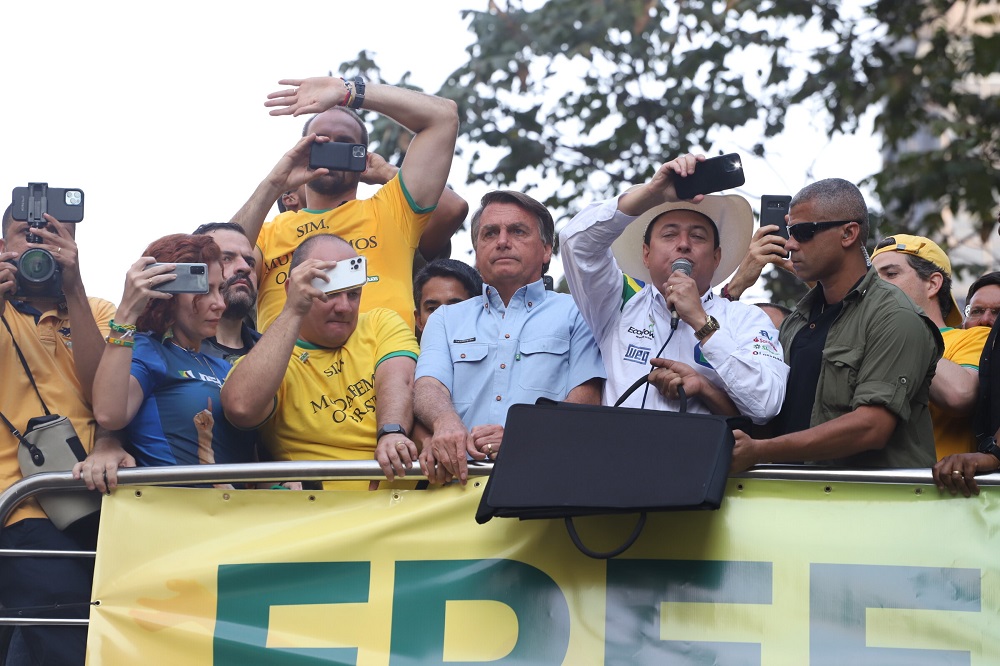 President has made it clear to supporters that he cannot act as he asks for much of the support base; according to him, what Brazil is experiencing is a ‘sum of decades of excesses’

Leco Viana/TheNews2/Estadão ContentPresident Jair Bolsonaro met with ministers this Wednesday, 8th, to comment on the repercussion of his speeches on September 7th

The president Jair Bolsonaro it brought together ministers, presidents of public and state-owned banks this Wednesday, 8th, at Palácio do Planalto. The meeting was scheduled precisely so that the high level of the government could discuss the next steps after the president’s speeches in the protests of September 7th. The meeting was not scheduled on the president’s agenda or on any of the ministers who attended. Sources with which the Young pan talked, however, confirmed the meeting, which lasted more than 3 hours. Before arriving at Planalto, Bolsonaro spoke with supporters and commented on last Tuesday’s demonstrations. The president complained about the negative repercussions among some political parties, and made it clear that he cannot act as requested by a large part of the support base. “Look, it’s not ‘sign underneath’ either, right? Making the future is each one of you. Thinking I have superpowers to raise a sword and settle the matter, no. ‘Oh, go there, do this, do that’. That’s not how the band plays. What Brazil is experiencing is the sum of decades of excesses, unconsciously supported by many of you,” said Bolsonaro.

The vice president of the republic, general Hamilton Mourao, is part of the Governing Council. Therefore, he should have participated in the meeting held this Wednesday. He, however, kept the schedule he had scheduled in Belém do Pará, boarded early and was not present. Bolsonaro did not comment on the increased pressure for a process of impeachment advances in the National Congress. He recalled, however, that it is not possible to change Brazil overnight. “It’s not easy for you to change something that has been embedded in power for decades. They want me to do this and settle the matter. Yesterday I was one of the crowd. Nothing goes to my head. I know the responsibility and where Brazil is heading too”, he stated. President Jair Bolsonaro also made a point of saying, on Wednesday, that the acts of September 7 had no undemocratic character. According to him, the portion of the population that took to the streets represents the yearnings of the entire Brazilian society.

* With information from reporter Antonio Maldonado