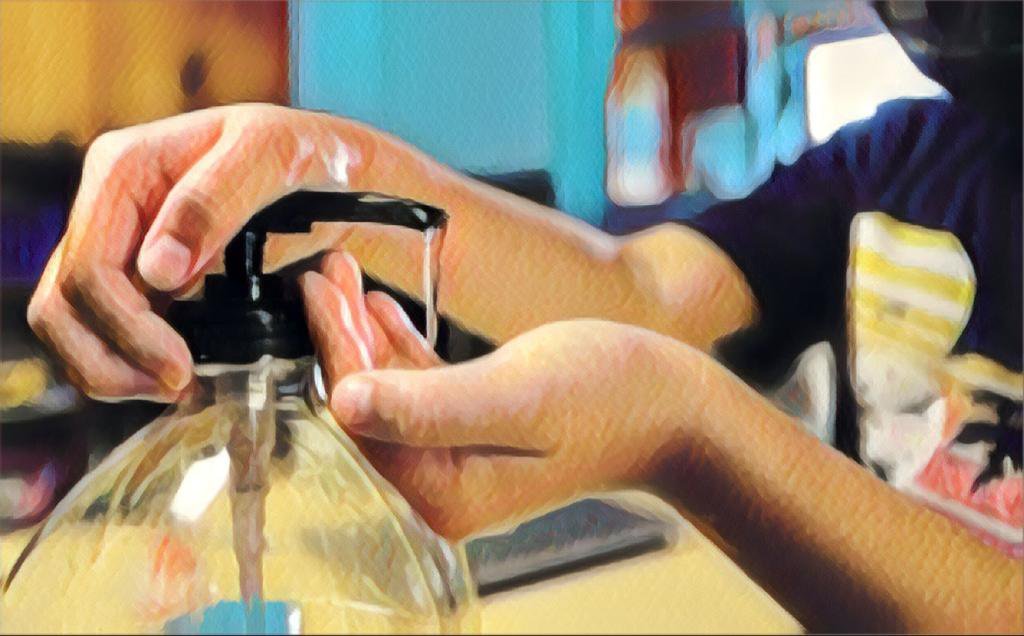 Four of the six continents were attacked by the Sars-Cov-2 and her four offspring: Alpha, from the UK; Beta, from South Africa; Gama, from Brazil; and the popular Delta that emerged in India and already has governments in an uproar for rapid contagion when the pandemic seems to be under control. But if the Covid-19 has changed with the variants, the preventive recommendation against the disease remains the same: wash your hands well with soap and water or sanitize them with alcohol gel, without forgetting to thoroughly sanitize all used and touched objects and wear a mask. The mantra took the consumption of alcohol in gel to heights – a product whose sales exploded in Brazil and which is at the forefront of the mobilization of an entire industrial sector against the reform of the Income tax under the terms set by the rapporteur, deputy Celso Sabino.

In Brazil, sales of alcohol in gel soared 808% in 2020, compared to the previous year, informs Brazilian Association of the Hygiene and Cleaning, Perfumery and Cosmetics Industry (ABIHPEC), which brings together companies from the third most taxed sector in the country, second only to tobacco and fuel, and “completely surprised” by the deputy’s preliminary report, which, in principle, should be voted on in August, in the resumption of work in Congress after the current parliamentary recess.

“I don’t understand the concept of tax burden that the government adopts, of essentiality. At the beginning of the pandemic, we were considered, by decree, essential products. This condition meant that our factories did not stop due to the importance of the categories of products we manufacture”, says João Carlos Basílio, executive president of ABIHPEC in an interview with EXAME IN, which alerts to the impacts that the sector may suffer with changes indicated in the opinion of the reform of the Income Tax.

The executive recalls that the government sent its proposal to reform the IR to Congress on June 26, and on July 13, the rapporteur presented a completely different text from the government’s project. “The government’s proposal spoke of income tax reform, but the reporter messes with the PIS and Cofins which are being discussed in another project – the tax reform. And a question that arises is to remove the sector from the single-phase tax treatment, imposed for more than twenty years, when, at the time, the government (also without discussion) called the sector to contribute to a tax waiver that would happen with the launch of medicines generics,” says Basilio.

Consulted by EXAME IN, the lawyer Douglas de Oliveira, a specialist in Business Law and a partner at the firm Oliveira, Vale, Securato & Abdul Ahad Advogados, explains that the ‘one-phase regime’ consists of collecting taxes in a concentrated manner. That is, the industry already collects the taxes imposed from the other stages of the production chain. “This collection system is generally justified in commercial chains that are fragmented and difficult to inspect”, he explains. “Imagine, for example, if the Federal Revenue had to inspect the collection and calculation of PIS and Cofins from each seller of cleaning products, cosmetics and perfumery. Certainly, it would be impossible, if not unlikely, that the Revenue could do this without spending more to inspect than the intended collection. Precisely for this reason, in some industrial sectors, the collection takes place right at the beginning of the production chain, as it helps the taxpayer to be inspected”, says the expert.

The expert clarifies that the preliminary report presented by deputy Celso Sabino proposes the revocation of taxation in ‘single-phase regime’ in some sectors. “If this proposal is approved, taxation will be carried out in accordance with the general rule of PIS and Cofins, that is, cumulative regime for companies in the Presumed Profit and non-cumulative for companies in the Real Profit”, says Oliveira. The lawyer recalls that in the first phase of the tax reform, the government proposed the union of PIS and Cofins into a single tax, the CBS. With this calculation system [ainda não aprovada no Congresso], each taxpayer would calculate the tax at a rate of 12% on the value added by the company, in a system of debits and credits that is more transparent and, in theory, less litigious. “There is an alignment of the two proposals. What cannot happen is that one project is approved and the other not approved”, warns lawyer Douglas de Oliveira.

ABIHPEC, which brings together industries today in the single-phase taxation system with more than 800 thousand points of sale in the country, continues trying to explain its position to the rapporteur Celso Sabino. “A meeting was scheduled but cancelled. We are talking daily with your office, but there is a problem with the schedule. We also asked for a meeting with the Ministry of Economy and Federal Revenue, but it didn’t happen”, says Basílio to whom the changes made by the rapporteur in the IR reform proposal “lead to an evident increase in the tax burden. We are studying the impacts, but the feeling of the main companies is that the increase will be large”.

According to Basílio, Executive President of the Association, the sector has been trying to control the price adjustment of products, despite the increase in costs. “There is a demand for readjustments, but there is also a concern in making staggered adjustments. We are in a period when inflation is getting out of control. O HICP in 12 months up to June it totaled 8.3%. The sector contributes 1.5 to 2 percentage points to inflation and we are not the ones contributing to the increase in inflation, even because there is increased competition. Companies in the sector know that losing ‘market share’ is very easy and fast, regaining it is very difficult.”

The executive reinforces that competition is healthy and that the sector works for it to occur in order to serve consumers with more affordable prices. “We always encourage competition, but we want fiscal justice. It is not possible that such an important sector, with such an expressive participation for the individual’s well-being, is harmed. Not to mention that 94% of what we consume in this area is produced in the country. And we know that we will have to contribute to the tax break that will exist in the Income Tax reform. There is a characteristic in favor of the sector: we are very resilient. After all, you can’t not wash your hands.”