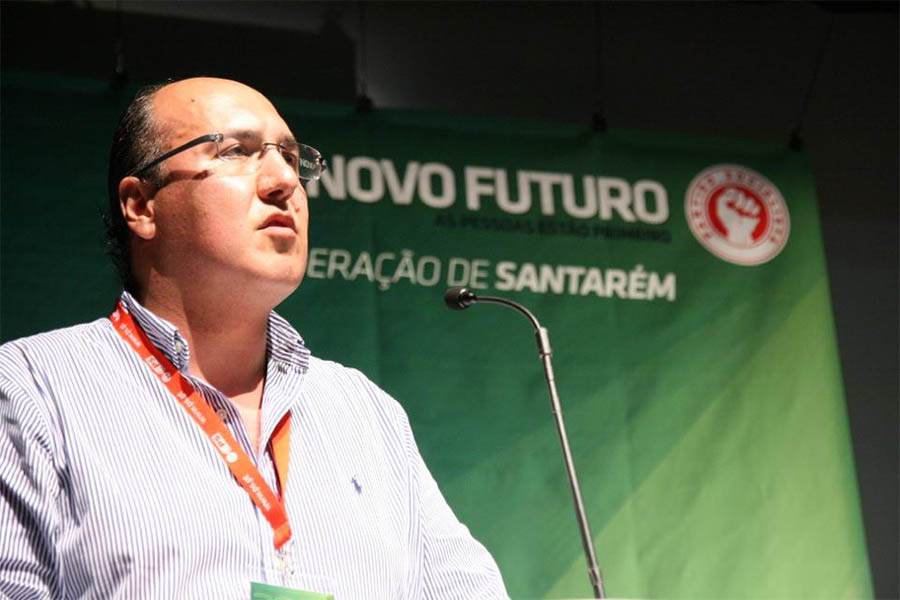 Deputy António Gameiro, one of the suspects in “Operation Triangle”, announced that he will withdraw his candidacy for the Chamber of Ourém.

The deputy of the PS António Gameiro he withdrew his candidacy for the Chamber of Ourém, resigned from the presidency of the Council and will present the resignation of the Supervisory Board of the Integrated Criminal Information System, said this Friday himself.

“I withdraw my candidacy to the Chamber of Ourém, I resign, also, president of the Municipality of the PS of Ourém and I will present, with effect to today, my resignation from the Supervisory Board of the Integrated Criminal Information System”, which it works with the Assembly of the Republic, António Gameiro told Lusa.

The decision comes as a result of the parliamentarian being suspicious in the “Operation Triangle”, Which led to the arrest of the Mayor of Vila Real de Santo António, Conceição Cabrita (PSD).

“This decision of mine is related to the fact that, given the situation I am experiencing, I am my duty to keep the PS away, the oureenses and the role of adviser in this process ”, explained António Gameiro, who had announced his candidacy for the municipality of Santarém district on Sunday, on Facebook.

The socialist said that will keep the deputy seat. “I keep the position of deputy, because I believe that the presumption of innocence in relation to the position remains, given that my intervention in this process was personal and professional”, declared the parliamentarian, to Lusa.

Gameiro reiterated that he “was clear conscience, serenely waiting to be heard by the judicial authorities ”, in order to“ be able to defend and clarify this whole situation ”.

Four people were arrested on Tuesday by the Judicial Police (PJ) for suspected corruption, undue receipt of advantage and abuse of power in the intermediation of a real estate business in Monte Gordo, Vila Real de Santo António, the PJ reported.

The detainees were the Mayor of Vila Real de Santo António, who, meanwhile, resigned from his post, a Public Administration worker and two businessmen.

At issue are “facts likely to integrate the practice of crimes of corruption, undue receipt of advantage and abuse of power”, with “suspicions of illicit activity by the holder of a political office, which benefited from the collaboration of officials, as well as other actors, in the intermediation of a business, property purchase, property of the municipality, on the beach of Monte Gordo ”, according to a statement from the PJ.

“About two dozen searches, namely domiciliary, were carried out in establishments and law firms”, steps that “took place in the Algarve, Lisbon, Leiria and Ourém region”.

On Wednesday, António Gameiro confirmed that the PJ searched his homes and the office where he is a consultant, as part of this process, referring at the time that that police force did not find “any evidence the practice of any crime ”.

“In any case, I am available to have the matter raised immediately. immunity parliamentary, to be able to defend myself and collaborate with the Justice, since until now I have not been notified of this withdrawal request ”, said António Gameiro, former president of the District Federation of Santarém of the PS.

The parliamentarian, a 50-year-old lawyer, explained at the time that his “only connection to this process is strictly professional in nature, as a consultant in a law firm”, stating that, “in the scope of consultancy, he only” collected information, requested opinions and wrote letters, “at the request of the office, at the request of the Municipality of Vila Real de Santo António”.

This Friday, the Attorney General’s Office reported that the “Operation Triangle” case has eight defendants. In addition to the four people arrested, and released on Thursday night after first judicial interrogation and enforcement measures, there are four more defendants.

At the end of the first judicial interrogation, the presiding judge of the Évora District, José Francisco Saruga Martins, said that among the defendants were the Mayor of Vila Real de Santo António, the businessman Carlos Alberto Casimiro de Matos, not only in title individual, but also as legal representative of Sociedade Saint Germain – Empreendimentos Imobiliários SA, João Faustino Ribeiro and José Maria Mateus Cavaco Silva.

The real estate business that gave rise to the four arrests involved the sale of a land in Monte Gordo for 5.6 million euros, approved by the Municipal Assembly on April 3, 2020, with the votes in favor of the PSD and against the bench of the PS and CDU.