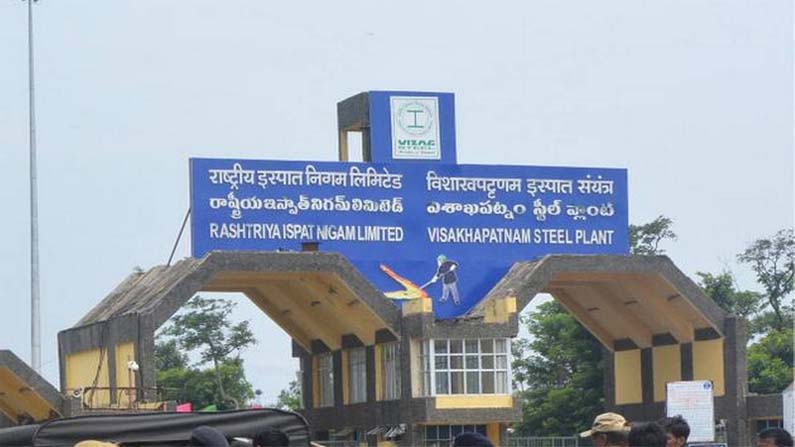 The central decision to sell shares in the Visakhapatnam steel plant has warmed the seashore. Constant worries. The same is true of all leaders, regardless of party affiliation. Labor and public associations are on the road.

The central decision to sell shares in the Visakhapatnam steel plant has warmed the seashore. Constant worries. The same is true of all leaders, regardless of party affiliation. Labor and public associations are on the road. The old slogan of Visakha Ukku-Andhrula Hakku has been revived and is expanding. CM Jagan wrote a letter to the Center with ways to protect Visakha Steels .. TDP MLA Ganta Srinivasa Rao resigned .. Political heat increased further.

AP and BJP leaders, embroiled in a central decision, have stepped up their mitigation measures. So far, the leaders on Full Josh have been embroiled in the Visakha steel rift and suddenly become dull. Talk to Delhi elders .. Statements are being given to change the mind. MLC Madhav says Visakhapatnam steel plant is nowhere to be found. They assured that no harm would be done to any of the employees working in it. He said it was against the decision to sell 100 per cent of the shares to private individuals. I will go to Delhi on the 14th of this month .. I will talk to the central leadership .. I will convey the sentiments of the people.

GVL explained that the policy decision was taken as the government was expected to withdraw from all but four sectors across the country. GVL Narasimha Rao recalled that his party state leaders had already made it clear that the BJP leadership, along with the central government, would take up the concerns over the privatization of the Visakhapatnam steel plant. He said a report had been submitted to Union Finance Minister Nirmala Sitharaman. The Center will be told to take a decision that will protect the interests of the steel plant employees.