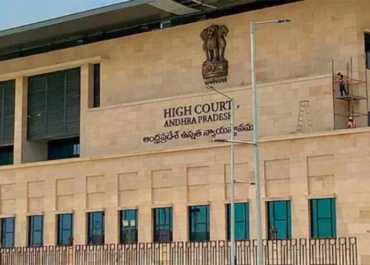 TDP chief and former AP CM Chandrababu Naidu has approached the Andhra Pradesh High Court. To cancel the FIR filed by CID in the case of capital lands.

TDP chief and former AP CM Chandrababu Naidu has approached the Andhra Pradesh High Court. Asked to quash the FIR filed by the CID in the matter of capital lands. To this end, the lawyers filed a quash petition on his behalf in the AP High Court on Thursday. The petition was filed challenging the FIR registered by the CID. The High Court will hear the petition filed by Chandrababu today.

It is learned that notices were issued by CID officials on the 16th of this month in connection with a land scam in AP capital Amravati. He issued notices under Section 41 CRPC and directed to come for hearing at his office in Vijayawada on the 23rd of this month. TDP leader and former minister P Narayana is also facing charges. CID officials also issued notices to him on Wednesday. Notices ordered him to appear for trial on the 22nd of this month. In the same vein, searches were conducted at Narayana educational institutions, offices and residences in Vijayawada, Nellore and Hyderabad.

YCP MLA Alla Ramakrishnareddy had lodged a complaint with the CID police on May 24 alleging that lands assigned to him had been confiscated through fraud and conspiracy. To this extent, CID officials registered a case against Chandrababu and Narayana under Section 10 of the SC and ST Act on the 12th of this month.

Former Chief Minister and TDP chief Nara Chandrababu Naidu has challenged the CID-registered FR in the Rajdhani Assembly land scam in the high court. Kwash filed a petition seeking to quash the FIR. The petition was filed in the court after taking legal advice after the FIR was registered.

The officers who gave notice to Chandrababu to appear for trial at the Vijayawada CID regional office at 11 am on the 23rd of this month, warned that he would be arrested if he did not appear for the hearing and was not satisfied with the findings of the inquiry. On the other hand, the CID issued notices to MLA RK to submit his evidence in the same case. He attended the hearing. He provided close evidence to CID officials.