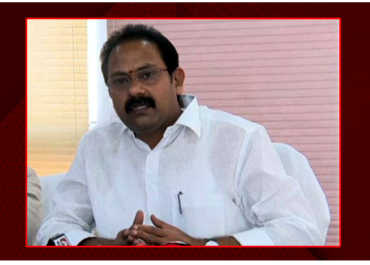 Eluru voter list in West Godavari district is in turmoil. There are allegations that the division of voters in the divisions is not fair. Current State Deputy CM ..

AP Municipal Elections: Polling for municipal elections in Andhra Pradesh will continue peacefully except for sporadic incidents. People lined up at polling stations to exercise their right to vote. Polling began at 7 a.m. and ended at 5 p.m. Voters lined up in large numbers since morning. Polling is taking place in 12 corporations and 71 municipalities across the state.

However, there is confusion in the Eluru voter list in West Godavari district. There are allegations that the division of voters in the divisions is not fair. It is unknown at this time what he will do after leaving the post. Vellini Allanani withdrew from the polling station without voting. Officials who entered the field are trying to find out in which division the ministerial vote is. Minister Allanani expressed impatience over the attitude of the Election Commission officials.