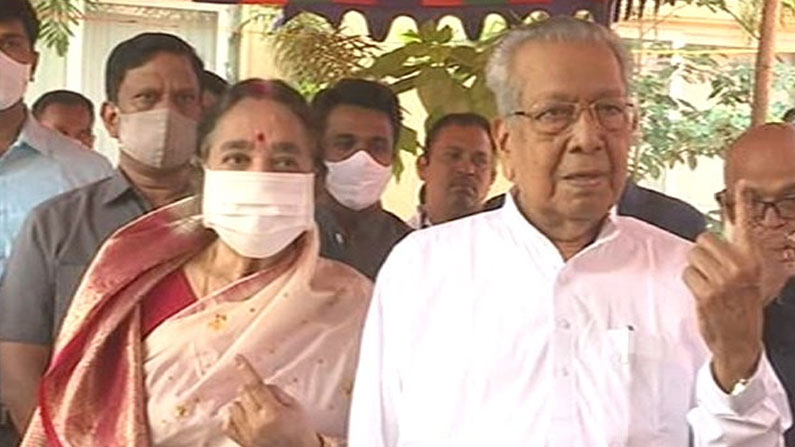 AP Municipal Elections: Polling for municipal elections in Andhra Pradesh will continue peacefully. The police have set up tight security to prevent any untoward incidents. In this context, voters are free to exercise their voting right. Andhra Pradesh Governor Bishwabhushan Harichandan and his wife exercised their right to vote. He called on every citizen to exercise their right to vote. He appealed to the people to vote as he had exercised his right to vote with the responsibility of being the first citizen of the state.

From time to time the officers are monitoring the pattern of municipal elections through the command control room. Election officials and police have set up surveillance at every polling station. Connected to the Command Control Room via webcasting. Elections are going on peacefully in the state.

There has been a mixed response from voters. Cameras were also set up outside the polling stations. Everything goes smoothly except for the sporadic incidents so far. Authorities said they would immediately alert nearby election and police officers wherever a minor incident occurred.

Statewide polling was 32.23 per cent till 11 am. From time to time the officers are monitoring the pattern of municipal elections through the command control room. Voters lined up at polling stations. The district-wise turnout in the municipal elections is as follows.