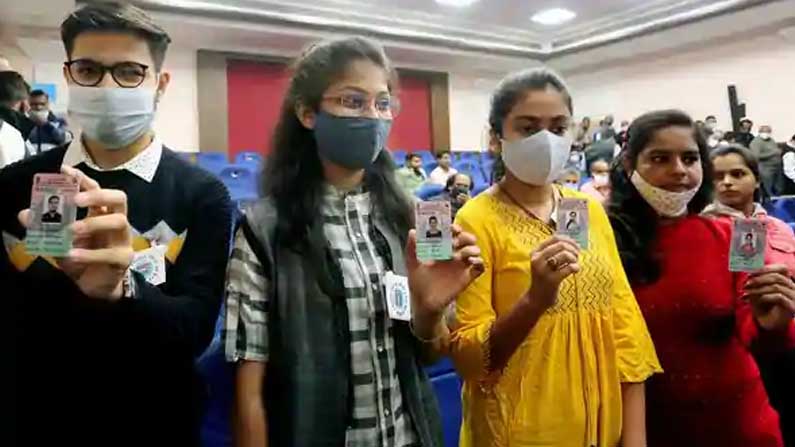 Andhra Pradesh Municipal Election Polling has started. The polling process started from 7 am. There were many suspicions among the people in this order.

Andhra Pradesh Municipal Election Polling has started. The polling process started from 7 am. There were many suspicions among the people in this order. Must have voter ID to vote ..? What should those who do not do? When asked .. the State Election Commission clarified their questions. All those named in the voter list have made it clear that they can vote even if the voter ID is not available. Voter identification cards must be shown at the polling station before voting. Otherwise .. The Returning Officer revealed that one should show any of the 18 alternative photo identity cards mentioned below.

On the other hand, those who exercise their right to vote in municipal elections get their voter slip and Google Map is also specially designed for where your polling station is located. Booth level officials distributed voter slips to voters in the corporation and municipalities where elections are already taking place. However, with a large percentage of voters having mobile phones, the mobile app is designed so that the voter can download the polling booth and voter slip in half.