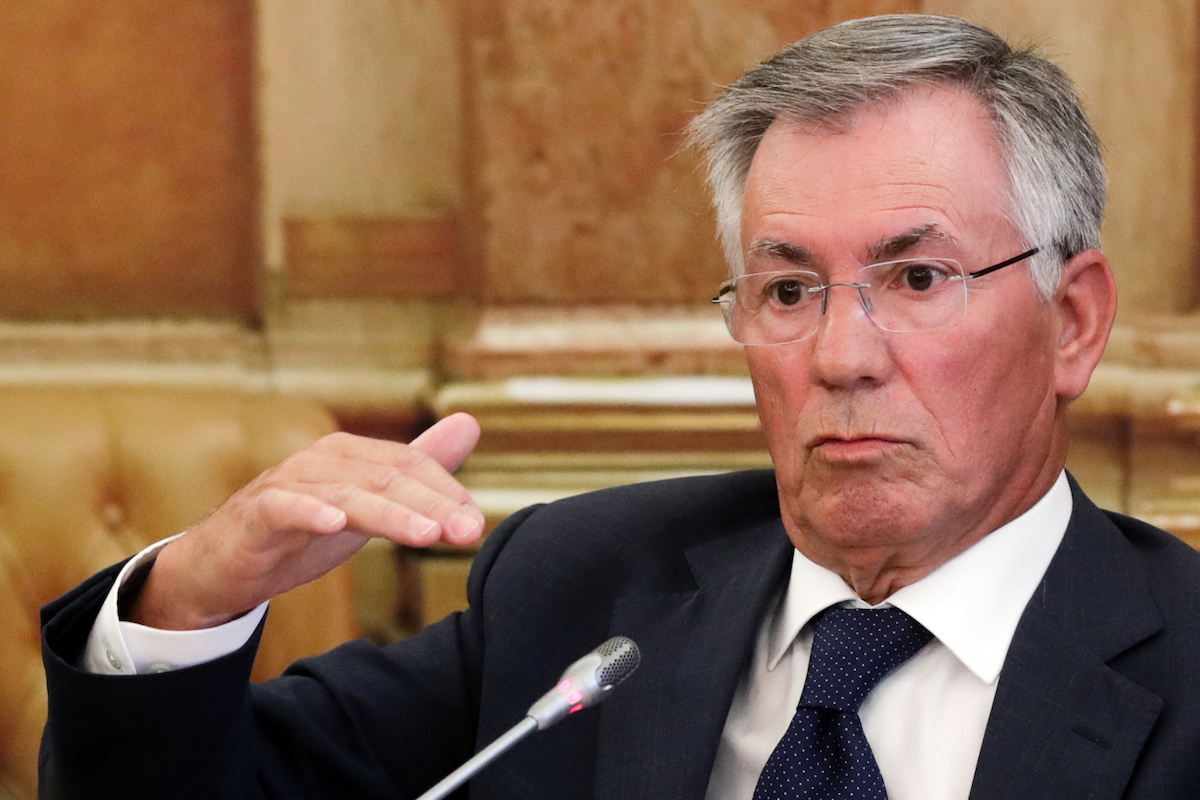 The former administrator of Caixa Geral de Depósitos (CGD) Armando Vara this Wednesday began to be tried at the Criminal Court of Lisbon for a crime of money laundering, in a separate case from the Operation Marquis case. But he declined to give statements at the entrance to the court.

Accused in the Operation Marquis case for a crime of passive corruption of a political office holder, two of money laundering and two of qualified tax fraud, Armando Vara, after a preliminary ruling by Judge Ivo Rosa, will now be tried in an autonomous process by a only crime of money laundering, and the judge considered that the tax evasion period had expired.

This Wednesday, Armando Vara and lawyer Tiago Bastos arrived at the Criminal Court of Lisbon, at the Justice Campus, at 9:20 am, 10 minutes before the scheduled start of the hearing led by the collective of judges chaired by Rui Coelho. But they declined to make statements, writes SIC Notícias.

The involvement of the former deputy and socialist minister in Operation Marquis, whose main defendant is former prime minister José Sócrates, was related to the fact that, in 2006, as CGD director, Vara allegedly secured funding from CGD for the Vale do Lobo project, but, according to the Public Ministry’s indictment, through a financial contribution that would have involved a transfer of one million euros to a bank account controlled by it.

On Tuesday, on the eve of the start of the trial at the Justice Campus, in Lisbon, Armando Vara benefited from a precarious exit from jail and, according to a source linked to the process, he will be “physically present” at the first judgment session, scheduled for 9:30 am.

According to the same source, the trial of Armando Vara, which already has a second hearing scheduled for June 16th, should take place without procedural incidents, since the defense did not file any request or objection to the contrary.

Armando Vara has been serving a five-year prison sentence since January 16, 2019 under the Face Oculta case, and at the end of March 2019, the Court of Aveiro agreed to deduct the three months and seven days of house arrest from who was subject, within the scope of the investigation of Operation Marquis, to the five years in prison, which he is currently serving.

Within the scope of Operation Marquês, Armando Vara complied with the obligation to remain in the house with electronic surveillance, from 9 July to 16 October 2015, totaling three months and seven days for the period in which he was under custodial measure.

Armando Vara will thus have reached the end of the prison sentence under the order of the Hidden Face case on October 9, 2023.

Before this date, the former minister may, however, be released when he completes two-thirds of his sentence, on February 9, 2022.

Armando Vara was sentenced in September 2014 by the Court of Aveiro to five years in prison for three crimes of influence peddling.

The panel of judges gave as proven that the former minister and former vice president of the BCP received 25 thousand euros from the scrap dealer Manuel Godinho, the main defendant in the case, as compensation for the steps taken in favor of their companies. The Court of Appeal of Porto fully upheld the judgment of the first instance and the Supreme Court of Justice did not admit the appeal.

Vara’s defense then appealed to the Constitutional Court, which, in July 2018, decided “not to know the object” of the appeal filed. The defense also complained about this decision, without success.

The conviction became final in December 2018, after all possibilities of filing an appeal had been exhausted. At that time, the former minister informed the Court of Aveiro that he accepted the immediate transit of the condemnatory decision, declaring that he intended to voluntarily present himself to begin serving the sentence under the terms that were determined.

The Face Oculta case, which started to be judged in 2011, is related to a network of corruption that would have the objective of favoring the Manuel Godinho scrap dealer’s business group in business with state and private sector companies.

In addition to Armando Vara and Manuel Godinho, the former president of REN (Redes Energéticas Nacionais) José Penedos and his son Paulo Penedos, among others, were also accused.

Armando Vara was one of the 28 defendants in the Operation Marquês case, which even had as defendants former PT officials Henrique Granadeiro and Zeinal Bava and Portuguese-Angolan businessman Hélder Bataglia, among others.

The former president of BES, Ricardo Salgado, accused in Operation Marquis, was sent, by decision of Judge Ivo Rosa, for separate trial for three crimes of breach of trust, but the trial, initially scheduled for last Monday, was postponed, as the deadline for the defense to present the defense to the prosecution was still running.