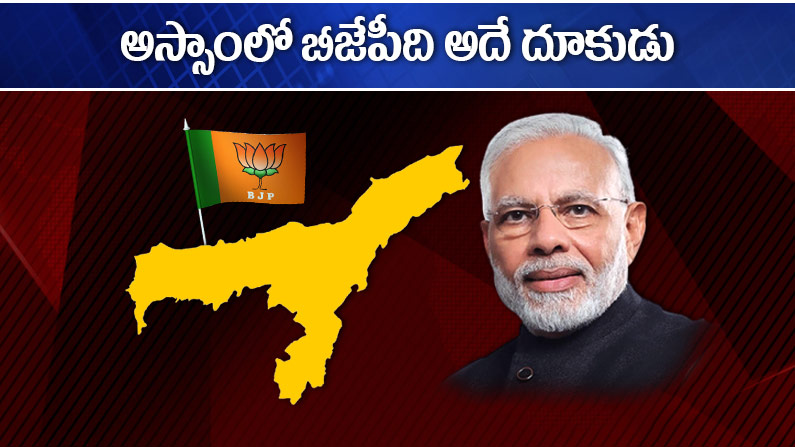 The BJP is displaying its own style of aggression in the Assam elections. The Chief Minister has completed the adjustment of seats with the allies without announcing the candidate. The BJP is contesting more seats than ever before. Curiosity is visible among the people as two CM candidates are appearing on behalf of the BJP.

BJP successfully completed seat sharing in Assam: BJP is showing aggression in Assam Assembly elections. Competed in more seats than previously contested seats. To this end he successfully completed the adjustment of seats with his allies. This time the BJP will contest for 92 seats. At the same time, it has allotted 26 seats to its ally Assam Gana Parishad (AGP) and 8 seats to the People’s Party Liberals. The BJP has not yet announced its candidates but has completed the adjustment of seats. The BJP is yet to clarify who its CM candidate will be in the Assembly elections this time. In fact, the names of Sarbananda Sonowal and Hemant Biswa Sharma are in the public eye. The BJP, which won an exceptionally solid victory in the last elections, remained in government there for five years.

It seems that the BJP is trying to win the elections with the charisma of Prime Minister Narendra Modi. That is why the BJP is not announcing the name of the chief ministerial candidate before the elections in any state. However, political analysts believe that Assam Chief Minister Sarbananda Sonowal will continue if the BJP wins the elections again. The biggest reason for this is the formation of a BJP government for the first time in the Northeast under his leadership.

The Bharatiya Janata Party contested 89 seats in the 2016 Assembly elections. It made history by winning 60 seats. At the same time, the BJP ally AGP managed to win 14 seats. However, the Bodoland People’s Front was also in the NDA at the time. The party won 12 seats. This time the BJP is contesting more seats than ever before. Previously it was contesting in 89 seats. This time it is contesting in 92 seats. UPPL is increasing its strength in Bodoland. The Bodoland People’s Front (BPF) is weakening there. In 2020, the BJP merged two organizations, the India Bodo Students Union and the National Democratic Front of Bodoland. UPPL chief Pramod Bora played a key role in this. The BJP is increasing its presence in the Bodoland region along with the UPPL.

If the BJP wins the elections in Assam again, Sharma has a chance to contest for the chief ministership. If the BJP wins again in the name of Modi, Sharma’s role will be bigger. Then the credit is unlikely to go to Chief Minister Sonowal. Currently, assembly elections in four other states, including Assam, are all set for May 2. Sharma has joined the BJP so much. He speaks the language of the RSS, especially the Citizenship Act, in the name of Hindu self-respect. Therefore, it should come as no surprise that Hemant Biswa Sharma will be the CM if the BJP wins.

In fact, Assam has a 36 per cent Muslim population. They are high in 33 assembly seats. In the past, votes between the Congress and the AUDF were split here. However, now the two parties have entered the electoral arena together. This reduced the chances of Muslim votes splitting. Badruddin is trying to polarize Muslim votes. The Congress and the AUDF are strategizing to gut the Muslim vote bank. If this happens, the BJP’s victory in the Assam Assembly elections will be difficult.

After the victory of Assam in 2016, BJP key leader Sarbananda Sonowal was made the Chief Minister. However, this time the BJP entered the election ring without mentioning the name of the CM. The BJP relies heavily on Modi’s charisma. Some local BJP leaders are angry over Sarbananda Sonowal. Himanta Biswa Sharma is heating up Assam politics by making sharp statements. With that, if the BJP wins the elections, who will become the Chief Minister is of interest to the people.

ALSO READ: Corona virus is all around us like WiFi .. CCMB latest warning