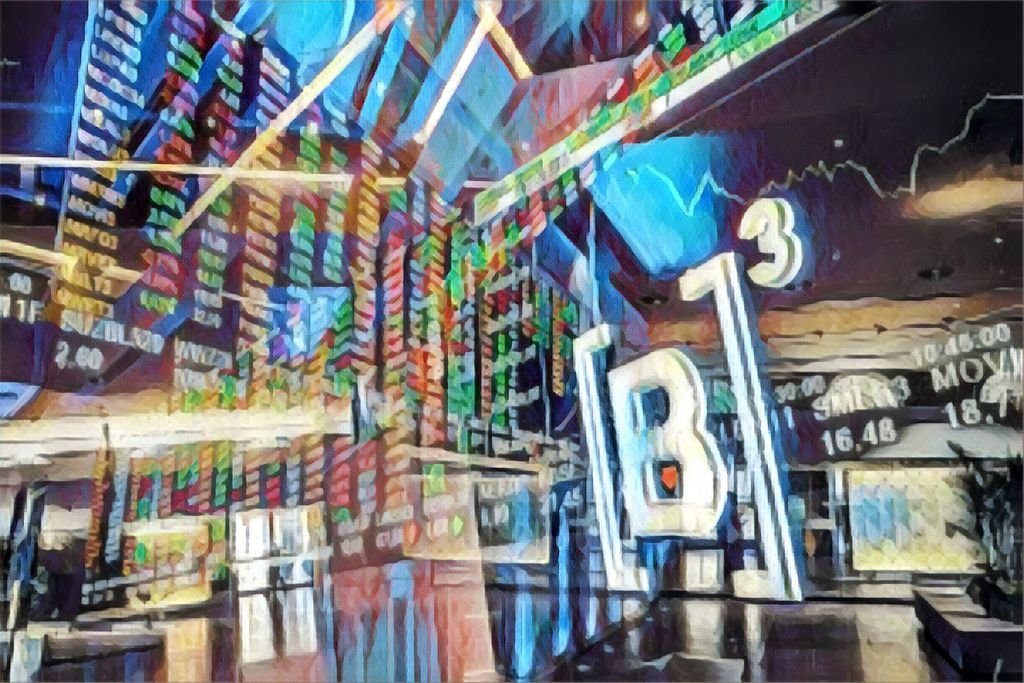 The Brazilian stock exchange – Brazil, Stock Exchange, Counter, B3 – closed August with a golden key and heats up the engines to put in its square register of receivables from credit cards. The authorization of the Central Bank (BC) arrived on Friday, 27. There is still no date set for the effective start of operations, scheduled for the end of the year, but B3’s bet on this new product is high. A new unit was created just to manage the operation: a Receivables Products Superintendence.

B3 will have the fourth registrar of credit card receivables in Brazil next to the Interbank Payments Clearinghouse (CIP), founded in 2001 and controlled by major banks; The Receivables Center (Cerc), launched by a group of former financial market executives in 2015; and the TAG, created in 2018, by the group Stone.

Fernando Bianchini it’s the new superintendent at B3 and has been in the house for two months. “I combined the desire to review my career, the opportunity to learn even more about the world of registrars and the exchange itself, and my knowledge of the client’s day-to-day life”, reports the engineer in an interview with EXAME IN.

For Bianchini, the “customer’s day-to-day” is not a play on words or a force of expression. He deeply knows the registrars’ clients in practice through a successful career in Network – acquirer of the Itaú Unibanco – and nearly a decade of work in the treasury of the Santander Bank.

A Receivables Products Superintendence integrates the area of Over-the-Counter Products and New Businesses of B3 that is under the command of Fábio Zenaro.

To EXAME IN, Fernando Bianchini informs that the BC authorization to start operations is conditioned, however, on the fulfillment of an interoperability testing schedule with the other registrars that have been in operation since June 7, when the new rules that regulate the market for receivables or sales invoices for goods and services paid with credit cards.

“In mid-September we started the test script and we need to succeed in all of them. From there we issue a ‘readiness letter’ which is sent to BC and, seven days later, the registrar can start operating. We are very excited about the authorization and are having very productive meetings with prospects”, says Bianchini who highlights the importance and “B3” brand credibility in a business that is new to the stock market and to the market itself. “It has been a great learning experience and expectations are high for the greater good that is the project.”

The B3 superintendent informs that the registrars’ customers are divided into two large groups: acquirers, sub-accreditors and markeplaces; and the financiers where are big banks, medium banks, digital banks e fintechs specialized in credit.

“Right now, we are more focused on medium and fintech banks. In this group, receptivity is even greater, because funders can work with all registrars. Accreditation and sub-accreditation bodies, on the other hand, can only operate in a single registrar by regulatory determination”, explains the executive.

To indicate the potential of the card receivables market, Bianchini recalls that the projection of Abecs (Brazilian Association of Credit Card and Services Companies) has a volume of operations equivalent to BRL 2.5 trillion in this year. “These operations generate the receivables that are used as backing or guarantee for credit. And the model adopted by BC aims to expand access to more participants and expand the offer of credit at lower costs.”

Receivables, reinforces the B3 superintendent, are a public guarantee and good quality, even because the debtors are the acquiring companies, such as Getnet, Heaven, Network, PaySeguro, among others. “For the creditor, receivables are very solid assets.”

The fact that B3 is one of the leading companies in financial market infrastructure in the world, with operations in the exchange and over-the-counter environment, it does not ease the challenges to be faced in the segment of receivables registrars.

“We are entering this market after three other institutions (CIP, Cerc and TAG). Therefore, we have a great commercial challenge, which is to bring customers to our products. For that we will have to offer different and attractive features. A second challenge is the preparation to deal with some problems observed in the system. We need to prepare ourselves to avoid problems”, he ponders.

It is not by chance that B3’s new unit is the Receivables Products Superintendence, without identifying which receivable we are dealing with. Fernando Bianchini informs that the next two projects in development on the Brazilian stock exchange are the registrars of receivables from duplicates and real estate receivables.

“The goal is the same as for credit card receivables, expand the offer of credit and lower its cost. You real estate receivables depend on some regulatory regulations, while trade receivables are in the phase of construction of a convention by market participants. THE convention it needs to be approved by the BC”, adds Bianchini.

The convention is a complement to the rules established by the BC which gives receivables registrars the task of establishing a kind of self-regulation. In a next step, there will also be tests of interoperability. In this segment of duplicates there will be seven securities registrars.