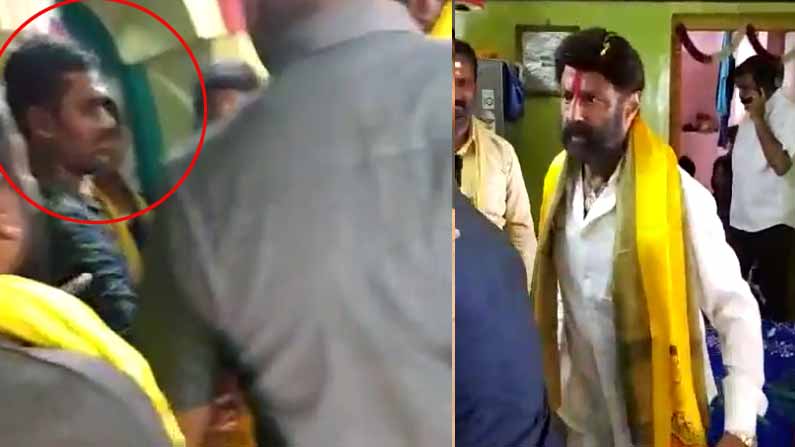 Hindupuram MLA Nandamuri Balakrishna once again validated the fan cheek. Aman has been campaigning for the municipal elections in Hindupur for three days.

Hindupuram MLA Nandamuri Balakrishna once again validated the fan cheek. Aman has been campaigning for the municipal elections in Hindupur for three days. Balayya went home to the 9th ward candidate as part of the campaign. … Fan filmed while talking to activists at home. Balayya noticed this .. The cheek of the fan was valid. However, it is known that Balayya is a bit more excited. Twice in the past he has also laid hands on fans.

While Balayya made hot comments in the campaign. He said that no one should curse whores like him. It would be better if the ministers kept their mouths shut. He said that it was not a job for him .. he had a lot of work to do. He said he was doing public service and would not tolerate criticism. Basavatarakam was the chairman of the Cancer Hospital and reminded that he was a benefactor to the poor. He said that acting in movies is taking pictures with good messages to the people. He said that he has a culture .. that is why he respects it .. he warned that he would not settle down if he opened his mouth. Eddewa said the state was run not by officials, not by ministers, but by the sand mafia and the liquor mafia.

Balayya was critical of CM Jagan for playing video games, putting state development aside. Ministers have also been criticized for not making appointments. Balayya is cruel to rule like this .. Eddewa said that one minister has been appointed for one mafia. He said that a minister was appointed only to curse Chandrababu whores .. The government did not have the courage to say what was done in two years. That is why the police are outraged by the threats made by the volunteers.

If this crop is planted .. Vegetable crop .. If cultivated in 1 acre 30 crores పూర్తి Full details including cultivation method