Former supervisory director of Banco de Portugal (BdP), Vasco Pereira, who served between 2011 and 2013, said this Tuesday that the supervisor’s management was aware of the risks associated with BES / GES, even without the note that was accused of withholding.

“Surely” that BES’s exposure to BES Angola were a “clue” which was “monitored” and “analyzed” by BdP, but “in terms of consolidated supervision, the national BES credit lines to BES Angola were not a concern”, he told the parliamentary inquiry committee that analyzes the losses at Novo Banco.

Cited by Observer, referred that the risks of BES’s exposure to the complexity of the GES “were known to management”, a statement made after the former vice-governor Pedro Duarte Neves said that Vasco Pereira would have withheld a note on this matter, not sending it to the administration.

“Supervision is, very much, a risk assessment process that has to be comprehensive, looking at all the risks of each institution. As a result, assess whether or not the bank’s capital situation is sufficient to cover these risks ”, pointed out Vasco Pereira.

In this case, he continued, “insofar as the risks taken by BES Angola were being properly considered, the problem of BES Lisbon’s financing to Angola was not a specific problem. At most, it would be an indication of an activity that was being developed and little supported in attracting domestic resources (deposits in Angola) and a lot of resources coming from abroad (either from the parent company or from the international market) ”.

These practices could indicate “that the BESA had few deposits and it had applications, in credit for the most part, of some size in Angola. As long as the risk of these investments was properly assessed in BESA’s activity, it was not a problem. And the perspective that was given was this ”, he stressed. 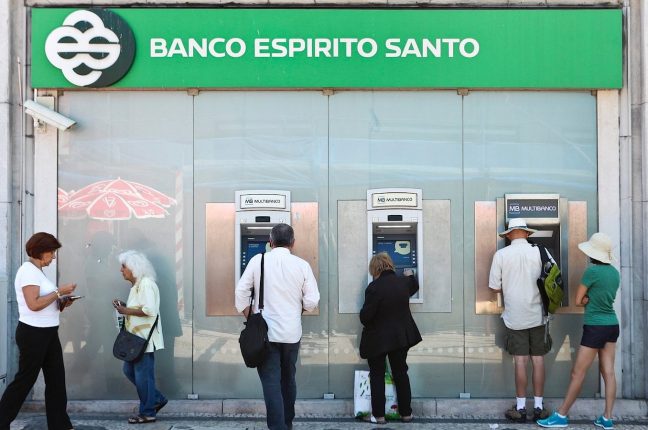 Vasco Pereira pointed out that the issue of BES’s exposure to the non-financial areas of GES “was perhaps the main concern of supervision at the time when” it arrived at the department. This “not only translated into the need to obtain information about these non-financial entities, but, above all, through the instrument of limit to large risks. This was the instrument that had to limit this exposure ”, he clarified.

The official guaranteed that the BdP put pressure on BES to reduce the excess of exposure to large risks, but he does not know if the reduction happened in reality, adding that “the complexity of the Espírito Santo Group became difficult to analyze”.

“From 2012 onwards, the Group was able to simplify its structure. At the time I left this process was underway, ”he said, recognizing that BdP had difficulty in identifying the group’s real shareholders, although it“ sought to know ”.

“The administration was aware of these issues”

“Our belief is that there was information that could be relevant for supervision and we were not having it”, he acknowledged. “At this point it is relatively easy to say that we should have done more, but with the information and the instruments we had at the time, it does not seem to me that” BdP “had the possibility to do much more than it did”.

“This is a process that doesn’t happen overnight, this is like a criminal investigation process, it takes time,” he said. “Although there was this serious incident, it cannot be said that the supervision failed. This is like saying that the traffic police is ineffective because there was an accident ”, he noted.

As for the note, he stated that this “note was not retained” and that “it did not have to be followed up by the administration. I do not remember the note, but if what I was aiming at was to change the headquarters of Espírito Santo Financial Group to change the headquarters from Luxembourg to Lisbon, that was just a wish, it was not a viable proposal – so the follow-up could not be given there, it had to be in another way ”.

The Tunisian artist Mu'tazila, Hayat Jebnoun, caused widespread controversy in the Tunisian street, after she claimed that she carried...
Entertainment