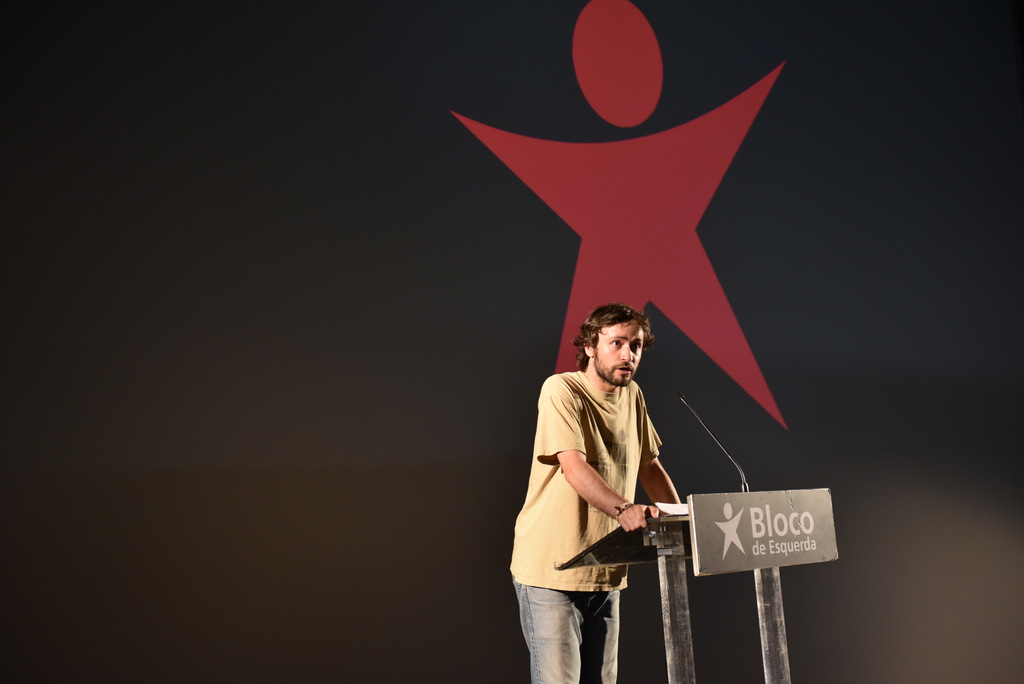 For José Soeiro, deputy of Bloco de Esquerda, “the owner of the farm is in reality not only an accomplice, but the main beneficiary” of the labor abuses that take place “in the various ‘Odemiras’”.

This Wednesday, the Bloco de Esquerda challenged the PS to take “a step forward” in the law to hold the entire chain that benefits from labor exploitation, including agricultural companies, and criticized the absence of the Government in the parliamentary debate.

The BE scheduled for this afternoon a potestative debate on the bill that reinforces the mechanisms to combat forced labor and other forms of labor exploitation, making it directly responsible the whole chain subcontracting and user companies, as well as managers, administrators and directors, to which PCP and ENP also dragged their initiatives.

In the presentation of the initiative, deputy José Soeiro defended that “the owner of the farm is in reality not only an accomplice, but the main beneficiary” of the labor abuses that happen “in the various ‘Odemiras’“, Which they consider to be a“ business model that runs over the territory and human rights ”.

“The owners of the greenhouses are, in fact, the great promoters of these illicit practices, even if it’s not their hand that holds the whip ”, he criticized, arguing that the law should sanction“ all who derive benefits from illicit exploitation practices ”and, therefore, it becomes essential,“ to directly imput that responsibility to all agents so that justice is done “and that” this affront begins to end “.

Soeiro criticized “the absence of the Government in this debate” on combating “forced labor”, a potestative agenda of the blockists.

“I would like to return the question to the PS: having made this change to the law in 2016, is the PS available or not to take this step forward, that is, to make the entire chain directly responsible, a cascade of subcontracting and the owners of farms? ”asked the deputy of BE.

Congresswoman Diana Ferreira, of the PCP, presented the bill of the communists to assign executive title to the condemnatory decisions of ACT [Autoridade para as Condições no Trabalho] and change the procedural regime applicable to labor and social security offenses.

“For the PCP, it is not only possible but also urgent the effective fight that brings justice to the lives of thousands of workers who are severely exploited and subject to brutal precariousness. The creation of deterrent mechanisms these illegal practices and give workers more effective means of recognizing the subordinate employment relationship through executive action ”, said the deputy of the PCP.

Referring specifically to cases of forced labor, Diana Ferreira said that the case of Odemira (who added that the PCP has been denouncing since 2012) is “just the tip of the iceberg” and that it exists in various sectors, agriculture, logistics, fishing or industry .

As for the ENP, deputy José Luis Ferreira presented a proposal to combat forced labor and other forms of labor exploitation, which aims to reinforcement of means of the Authority for Working Conditions so that “more inspection actions to recognize the existence of an employment contract” are carried out, as well as reinforcement of the means of the Public employment contract ”.

The Greens consider that thousands of agricultural workers are victims of aid networks for illegal immigration, human trafficking and even with suspicion of slavery, considering that “Odemira is not the only case”And gave the example of the Tagus Estuary with the illegal harvesting of clams.

“In other words, in Odemira, in the Tagus Estuary, in Ribatejo and other regions of the country, labor exploitation has behind it hiring, subcontracting and service provision chains that, seeking to distort the normal working relationship, also allow to disperse the track of accountability for the most varied violations of legislation. Thus, a serious fight is required to tackle this serious problem of widespread insecurity and which often still has associated labor trafficking networks ”, said the deputy of the ENP.