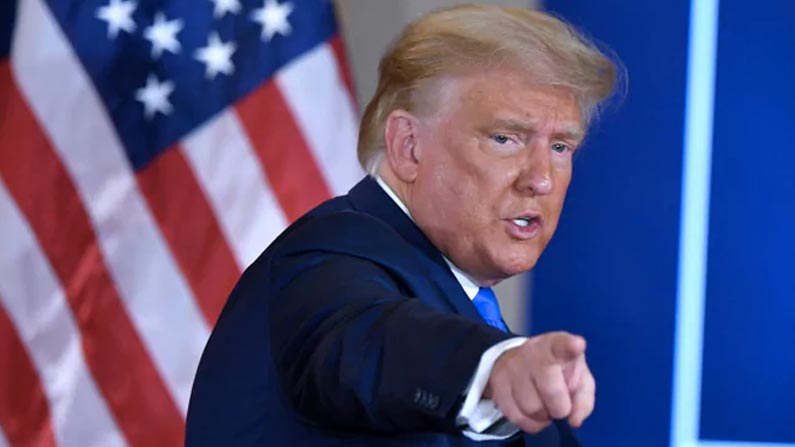 Before Joe Biden is sworn in as the new President of the United States on the 20th of this month .. Donald Trump who is going to be ousted today ..

Ahead of the swearing in of Joe Biden as the new President of the United States on the 20th of this month .. Donald Trump who is going to be ousted today .. suddenly made a crucial decision. Emergency declared in Washington. Trump, who has recently been accused of inciting riots by his supporters in Capitol Hill .. It is not known why he made this decision. Five people were killed in an incident at the Capitol on the 6th of this month. The FBI has warned that there is a conspiracy to attack capital buildings in all states, including the Capitol in Washington. The Department of Homeland Security and the Federal Emergency Management Agency are working to address the concerns of the public regarding the imposition of the state of emergency. This means that the two are cooperating with each other in this regard.

The state of emergency will be in effect in Washington from Monday to the 24th of this month. Under the ‘We’ of the Stafford Act, these departments take action to protect the lives, property and health of the people. The cost will be borne by the government. The Federal Bureau of Investigation hopes that armed protests could erupt in capitals in 50 states across the country. The U.S. National Guard Bureau is expressing a similar view. At a time when the Senate is beginning preparations for his impeachment, Donald Trump says he does not understand the motive behind the decision to impose a state of emergency in Washington.

Meanwhile, the ban on Trump has dealt a new blow to Amazon, Twitter and other tech companies. Shares of Twitter and Amazon fell yesterday. Twitter share, however, fell 6 percent. The Trump-backed parlor company has sued Amazon. The Amazon situation is like a palm frond falling on a mooing fox!

What’s App Privacy Policy: All that news is untrue .. We protect your data security .. WhatsApp given by Clarity ..