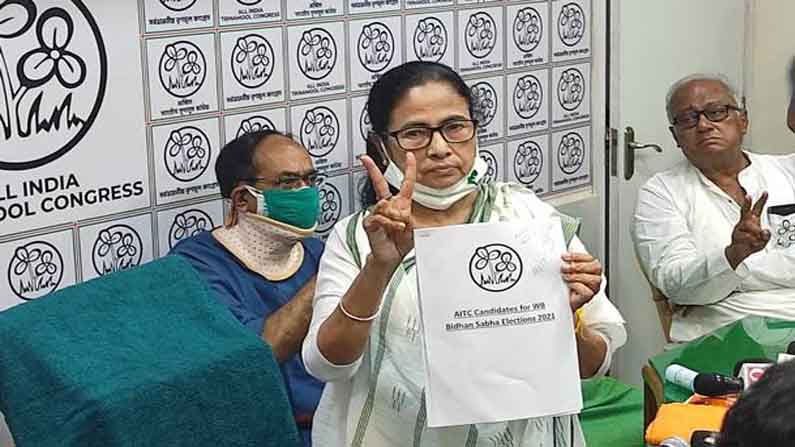 West Bengal Chief Minister and Trinamool Congress (TMC) chief Mamata Banerjee on Friday announced the complete list of candidates for the state assembly elections. A list of 291 candidates for the Bengal elections has been released. However, Didi clarified that this time he is competing from Nandigram. Mamata Banerjee has revealed that she is removing Sovandev Chattopadhyay from Bhawanipur, which she currently represents. It is learned that Suvendu Adhikari, who recently joined the Bharatiya Janata Party after saying goodbye to the Trinamool Congress, has already announced that he will contest from Nandigram.

If so, Mamata Banerjee will go to Nandigram on the 9th of this month. She revealed that the nomination will be made in Haldia on the 10th. He thanked those who supported his party in this election. Already Tejaswiadav, Arvind Kejriwal, Hemant Soren and Uddhav Thackeray have expressed support for Didi.