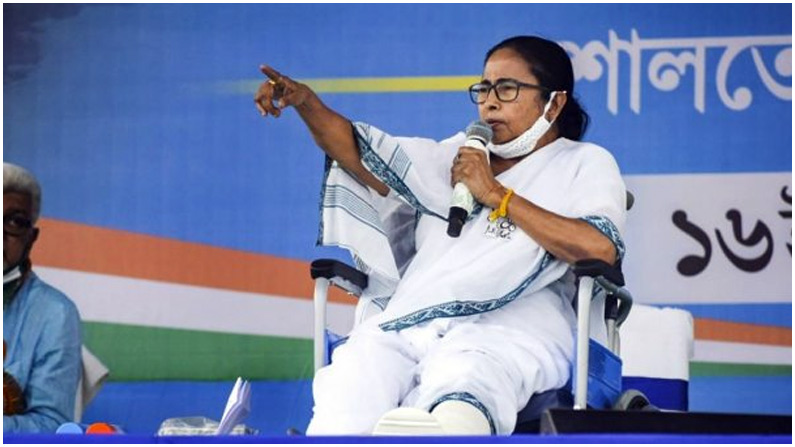 Bengal CM and TMC chief Mamata Banerjee has accused the BJP of plotting to assassinate her. At the same time, the party is making every effort to destroy its own party.

Bengal CM and TMC chief Mamata Banerjee has accused the BJP of plotting to assassinate her. At the same time, the party is making every effort to destroy its own party. She was addressing an election rally in Bankura district on Tuesday. “They are planning to file cases against our party leaders and activists with the help of the Election Commission,” she said. She said Home Minister Amit Shah was frustrated with the large turnout for his rallies and was sitting in the city wondering how to file cases against TMC activists. ‘What do they want? Are you going to kill me? Do you want to win this election by killing me? ‘ He commented that it would be their fault if they thought so. She expressed suspicion that Amit Shah was managing the EC. She also asked if he was giving them orders.

Mamata Banerjee claimed that she was attacked in Nandigram and that Easy fired her security director Vivek Sahai on the orders of Amit Shah after she was injured during a rally there. Meanwhile, a Bengal BJP delegation met the state election official yesterday and demanded that Mamata’s nomination from Nandigram be rejected. Suvendu, who is contesting as a BJP candidate from Nandigram, alleged that Atu-she hid the mention of 6 criminal cases against her in her election affidavit. He therefore demanded that her nomination be canceled.

Employers Provident Fund: How to know the balance in your PF account even if you do not know the UAN number ..!