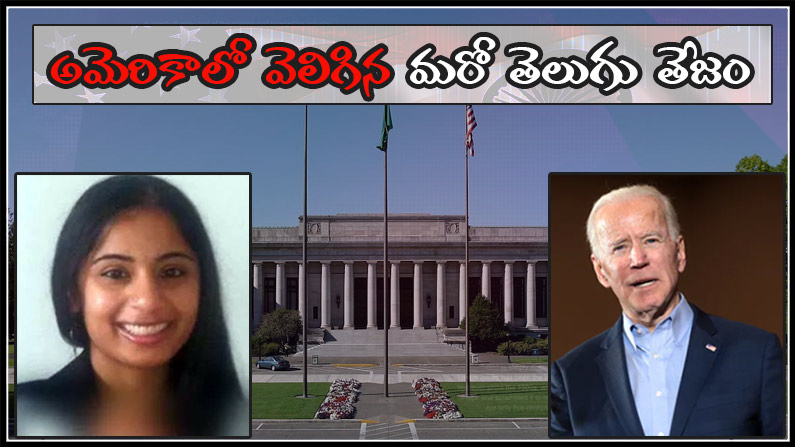 Another Telugu vibrancy was lit in America. Joe Biden, who has been giving a big boost to the Indian descent since he took over as President, has recently risen to another Telugu glory.

Biden government nominated Telugu women as Judge: Another Telugu vibrancy was lit in America. Joe Biden, who has been a big supporter of Indian descent since taking over as President, has recently been promoted to another Telugu post. US President Biden has nominated a woman of Telugu descent to be a Washington District Judge. Biden nominated a total of eleven judges, including a woman of Telugu descent. It is noteworthy that there is also a woman of Pakistani descent.

Rupa Ranga Puttagunta. Telugu family heiress settled in America. Ipadame was given a high chance by US President Biden O. With this, it seems that another Telugu woman has got a key position in America. Biden has already held key positions for many people of Indian descent. It is a privilege to have so many women in it. Joe Biden has recently been nominated for the post of District Court Judge in Washington, DC. The Senate’s approval of the proposal is no longer a formality. Biden nominated legal experts for a total of 11 judge posts. In this, Puttagunta is known as Rupa Ranga.

Rupa Ranga is set to become the first Asian American to be elected Judge of the District of DC. She has been a judge of the Rental Housing Commission for the past two and a half years. Rupa Ranga was a lawyer till 2013-19 and argued criminal cases. We are known for providing voluntary legal assistance in domestic violence cases. In 2013, Rupa Puttagunta worked as a legal assistant to DC Superior Court Judge William Jackson. Juris received his doctorate in 2007 from the Ohio State Martiz College of Law. Rupa Ranga served as a judge on the DC Court of Appeals for two years from 2010.