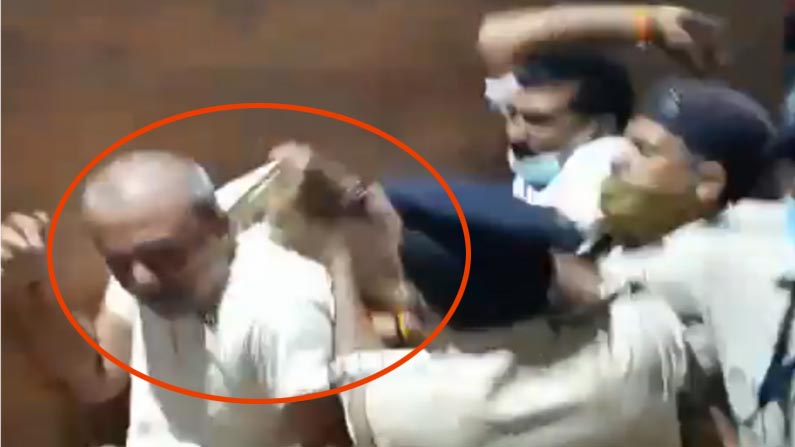 The incident that ousted the MLAs from the assembly took place in Bihar. The Assembly passed the Police Recruitment Amendment Bill. Members of the opposition surrounded the podium.

Bihar Political High Voltage Drama: An incident in which MLAs were expelled from the Assembly took place in Bihar. The Assembly passed the Police Recruitment Amendment Bill. Members of the opposition surrounded the podium. An attempt was made to confiscate the speaker. However the marshals who took the stage, the police behaved very rudely. The marshals crushed some of the MLAs.

WATCH: The man who’s being thrashed here is not a roadside goon or something. He is an elected MLA from the @RJDforIndia. What’s happening in Bihar? How can police thrash a public representative like this?? Police thrashing an MLA in the premises of VIDHAN SABHA! pic.twitter.com/sKxIkAIkPm

Women MLAs were also ousted. The scuffle erupted when members of the opposition blocked Speaker Vijay Kumar Singh from leaving the chamber. The MLAs who were stationed in front of the Speaker’s Chamber were forcibly brought out. Marshall’s lack of control over the situation, the police went into the assembly. Clashes broke out between police and RJD-Congress-Left alliance MLAs.

WATCH: Scenes right now in Bihar Vidhansabha! Total chaos. Opposition MLAs being taken out of house. @RJDforIndia alleges that MLAs are being beaten up by cops in Vidhan Sabha. pic.twitter.com/NgdcdfoVNj

Emmely was dragged out without being given the minimum respect. Some MLAs lost consciousness near the main entrance of the assembly during the scuffle. They were rushed to the hospital by ambulance. RJD MLAs alleged that this was the culmination of the Nitish Kumar government rowdyism.