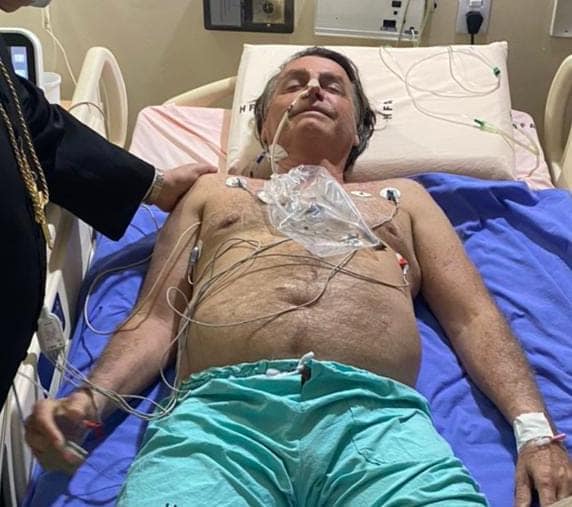 President was admitted this morning after experiencing abdominal pain; according to Secom, an intestinal obstruction was identified as a result of the stab that the Chief Executive took in 2018

The president Jair Bolsonaro will be transferred this Wednesday, 14, to São Paulo after having undergone examinations at the Armed Forces Hospital (HFA), in Brasília. The president was hospitalized this morning after experiencing abdominal pain. According to the Department of Communication (Secom), an intestinal obstruction was identified as a result of the stab that the president took during the electoral campaign in 2018. Bolsonaro was examined by a gastric surgeon Antonio Macedo, which has accompanied him since the attack. The doctor decided to take him to São Paulo, where additional tests will be performed to define the need, or not, for an emergency surgery. In recent days, the president had a persistent hiccup crisis, suffering when speaking at events, to supporters and also at the live last Thursday, 8.

Since 2018, when he was injured by a stab, in Juiz de Fora, Bolsonaro undergoes a series of surgeries due to the wound. The first was held at the Santa Casa de Juiz de Fora, shortly after being hit by Adélio Bispo in a campaign act on September 6, 2018. Afterwards, the then candidate was transferred to the Albert Einstein Hospital and was accompanied by the surgeon Antonio Luiz Macedo and by the cardiologist Leandro Echenique. Also in 2018, the president performed a second surgery. In January of the following year, the president removed the colostomy bag. In September 2019, he removed a hernia. Bolsonaro also performed a vasectomy and had endoscopic cystolithotripsy surgery to remove the bladder stone in 2020.