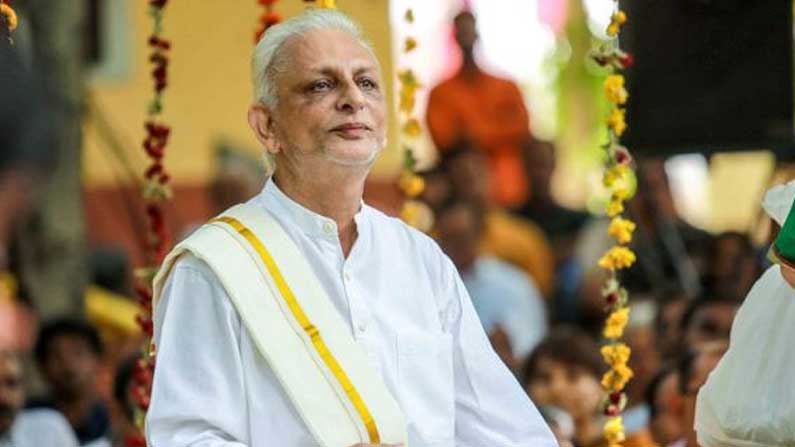 However, the President laid the foundation stone for the construction of a 38-bed Swasti Hospital. Plants were planted on the premises of the Ashram and a Bharat Yoga Training Center was opened. From there they set out to visit the People’s Grow School in the Sadum Zone. Police have beefed up security in the wake of the president’s visit. Earlier, the President, who reached Madanapalle by helicopter from Bangalore, was welcomed at the helipad by CM Jagan, Deputy CM Narayana Swamy and Minister Peddireddy Ramachandra Reddy with a bouquet. However, Mumtaz Ali established yoga programs and shelters with the intention that exercise was essential along with education. Programs have been set up to further enhance the power of thought through yoga and meditation. However, the President lauded the Ashram administrators for providing quality free education as well as nutritious food for the development of the lower castes. The school has opened a newly built indoor badminton court. Meanwhile, a jasmine plant was planted on the ashram premises to mark the visit to the Satsang Foundation. The President’s visit lasted for about 4 hours.

Mumtaz Ali, the founder of the Satsang Ashram Foundation, was born into a Muslim family but promotes Hindu spirituality. Mumtaz Ali was born on November 6, 1948 in Trivandrum, Kerala. He is a mystic. A theologian like Jiddu Krishnamurti. Mumtaz Ali, who has a close relationship with Krishnamurti’s Rishi Valley, has established the Satsang Foundation and is working for peace and brotherhood. Mumtaz Ali, who embraced the philosophy of Jiddu Krishnamuri and Indian philosophy, became known as Mr. M. Yavat traveled all over India for Paramatman Tolerance and Peace and undertook many expeditions to explain the essence of peace and philosophy to the people. Mumtaz founded the Ali Satsang Foundation and runs a school in Madanapalle, Chittoor district, as well as a number of service programs. He is a good writer and yoga teacher. Also Mumtaz Ali was born in a Muslim family .. He carried out many activities going towards Hindu spirituality. He will start construction of an ashram and a hospital. He also founded the People’s Grow School. Received the Padma Bhushan Award in the year 2020 for the services rendered by Mumtaz Ali.

Mumtaz Ali, on the other hand, traveled to the Himalayas at the age of 19 with an interest in meditation. He became a yogi and came to Madanapalle, Chittoor district 20 years ago and founded the Satsang Foundation. Marenno runs service programs as a pacifist who says the world is prosperous while providing free education to the poor. Mumtaz Ali is working to spread spirituality by preaching peace prophecies in the country and abroad. Mumtaz Ali nurtured spiritual thoughts from childhood. At the age of 19 he reached the Badrinath Caves in the Himalayas with a focus on meditation. There Maheshwarnath Baba attained enlightenment with discipleship. Later, Mumtaz Ali was inspired by the teaching style and business style of the model school teachers in Trivandrum. Since then he has traveled around the country gaining even better recognition with the intimacy of Chandrasekhar Saraswati, Ramana Maharshi and others. With the introduction of eminent philosopher Jiddu Krishna Murthy, he got the opportunity to become a member of the Rishivali Educational Institution Trust in the Kurubalkota Mandal of the district. There the acquaintance with Sunanda, an English teacher and a young Brahmin girl, went on until marriage. He later worked for ten years at the Neelbagh Educational Institute affiliated to Rishivali near Rayalpadu in Karnataka. There he spent time with his wife Sunanda, son Roshan and daughter Aisha.

Free education for the poor ..

Meanwhile, Mumtaz Ali, who was working in Neil Bagh, resigned as a member of the Rishivali Trust for various reasons and went straight to Madanapalle in Chittoor district. The Satsang Foundation was established over 20 years ago on four acres at Ponnentipalem Cross on the way to Bangalore. It has set up a Satsang Vidyalaya and offers free education from class one to class ten. The 250 poor tribal students studying here are being offered free meals in two phases. Mumtaz Ali, who has finished his lectures, says that peace is his motto.

They have been saying that the world will change wonderfully if all religions walk on the path of peace. As part of this, Mumtaz Ali set up branches of the Satsang Foundation in the United States, the United Kingdom, Moscow, Dubai, Switzerland, Paris and Finland. He himself often travels in those countries and teaches spiritual teachings to walk the path of peace. The services rendered by the Satsang Foundation have already received numerous awards for their services to Mumtaz Ali for the spread of spirituality. The Government of India has recognized his services and announced the Padma Bhushan Award for the year 2020.

Mumtaz Ali says he is happy that the central government has selected him for the Padma Bhushan award. Children are peace-loving and a bright future can be created if they are guided on the path of peace from childhood. Popular for agendas in the state of Kerala. Every student there follows Communism. Keralites take care of their own child whenever they go. However, with the help of the people of Madanapalle, I have reached this level today. All the people here are peace-loving. The world can be created wonderfully if everyone lives together in peace. As stated in the Rig Veda, the whole world is happy .. That is my way, says Mumtaz Ali.