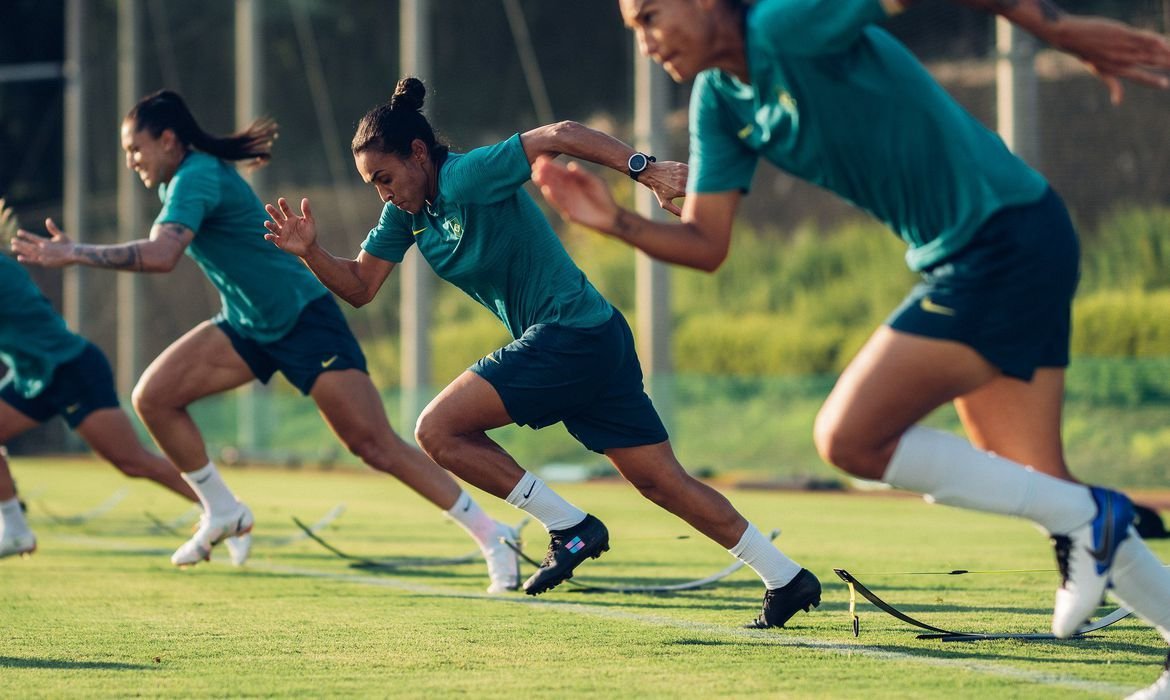 The women’s soccer team opens this Wednesday (21), from 5:00 am (Brasilia time), the participation of Brazilian sports in the Tokyo Olympics (Japan). The debut is against China at the Miyagi stadium, in Rifu (a city about 380 kilometers from the Japanese capital), in the debut of the modality’s group stage.

The first half statistics! At #GuerreirasDoBrasil are winning in the debut of @Olympic Games!

Brazil is in Group F, where the Netherlands and Zambia are still present. The duel with Europeans will be this Saturday (24), at 8 am, also in Rifu. The confrontation against the Africans will be next Tuesday (27), at 8:30 am, at the stadium in Saitama (27 km from Tokyo).

The Brazilians are looking for the third Olympic medal in the history of women’s football. The previous two were silver. The first in 2004 at the Athens Games (Greece). The second four years later, in Beijing (China). From the current squad, two athletes were present in the achievements: defensive midfielder Formiga, who will compete in the seventh Olympiad of her career; and attacking midfielder Marta, elected six times the best player in the world and who will defend the country for the fifth time in the event.

“It’s a great joy to be here, expecting to be able to actively experience another Olympics. This edition is special not only for the moment we live in, but because it’s a goal that we’ve been pursuing for a long time. A high-level athlete, always will think about playing the big competitions and work constantly to be prepared when the opportunity comes,” said Marta, at a press conference this Tuesday (20).

In the two Olympic finals in which Brazil was beaten, the opponent was the same: the United States. In the 2008 decision, curiously, the rival technique was precisely Pia Sundhage, current commander of the Brazilian team.

“I think we have taken care of our priorities in these two years of work. I believe that our defense, which was already good, is more solid nowadays and that our attack is a little more organized, which means that the whole team wants to be on the same page. But I would never take away the samba, the Brazilian style they surprised me with, because I love it. And I think this mix, I hope, will make us go far in this Olympics,” said Pia, who did not confirm the lineup that will lead to field this Wednesday.

Judging by the last commitments of the Brazilian team, the doubts of the probable team are on the right flank and in midfield. Despite having a professional player for the right side of defense (Letícia Santos) in the squad, Pia played several with a defender in the sector (usually Bruna Benites), to give more freedom to the advances of Tamires on the left. Another option would be Poliana, who plays as a fullback for Corinthians, but was a full-back for many years at São José and in the canary team itself. Later on, without the usual starter (Luana, who is injured and cannot be called up), the coach can choose between Júlia Bianchi and Andressinha.

It is the third time that Brazilians and Asians will be face to face in an Olympics. In the semifinal of the Atlanta Games (USA), in 1996, China won by 3 to 2. The change came five years ago, in Rio de Janeiro, with a 3-0 victory from the Canary Islands. Attacking midfielder Andressa Alves, one of the called up by Pia, scored one of the national team’s goals at the time. By coincidence, the duel marked the debut of the women’s team at the event on Rio de Janeiro.

The Brazilian record in Olympic debuts, by the way, is positive: four wins and two draws. There are 13 goals scored and only two conceded (both 2-2 against Norway, in the first round of the Atlanta Games).