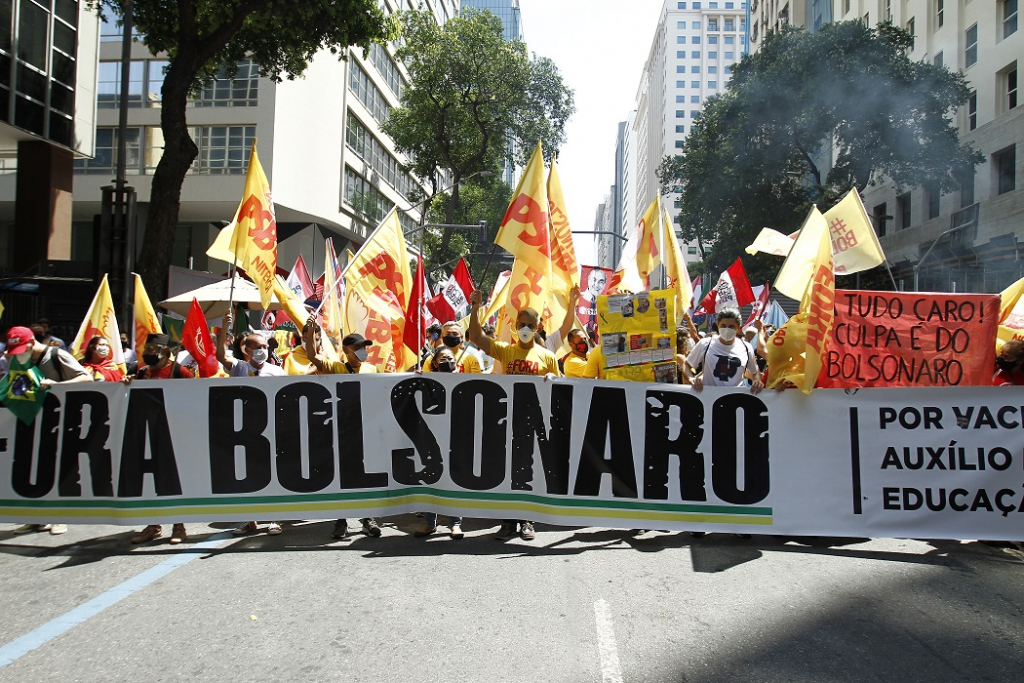 Opposition politicians such as Ciro Gomes (PDT), Fernando Haddad (PT) and Guilherme Boulos (PSOL) confirmed their presence at the demonstrations; in São Paulo, the event is scheduled for 2 pm

LORANDO LABBE/FOTOARENA/FOTOARENA/ESTADÃO CONTENTProtesters call for ‘Out Bolsonaro’ in an act in Rio de Janeiro this Saturday morning, 2

Brazilian cities register, this Saturday, 2, acts against the president Jair Bolsonaro, privatizations, the government’s economic policy, among other demands. Opposition politicians like Ciro Gomes (PDT), Fernando Haddad (PT) e William Boulos (PSOL) confirmed their presence at the demonstrations. Capitals such as Recife, Salvador, Fortaleza, Goiânia, Teresina and São Luís already register the presence of people on the streets. In São Paulo, the protest is scheduled to start at 2 pm, on Avenida Paulista, and end around 5 pm. In Rio de Janeiro, protesters occupied the city center this morning in an act that had the participation of several social movements and union centrals, which marched from the Church of Candelária towards Cinelândia. Several posters called for Bolsonaro’s impeachment.

Today is a day of national mobilization and the good gang is already on the streets of Rio! #2OutForaBolsonaro #CiroNasRuas pic.twitter.com/dy6hiSGO3I

For food, health, life, education, employment and income: OUT BOLSONARO!