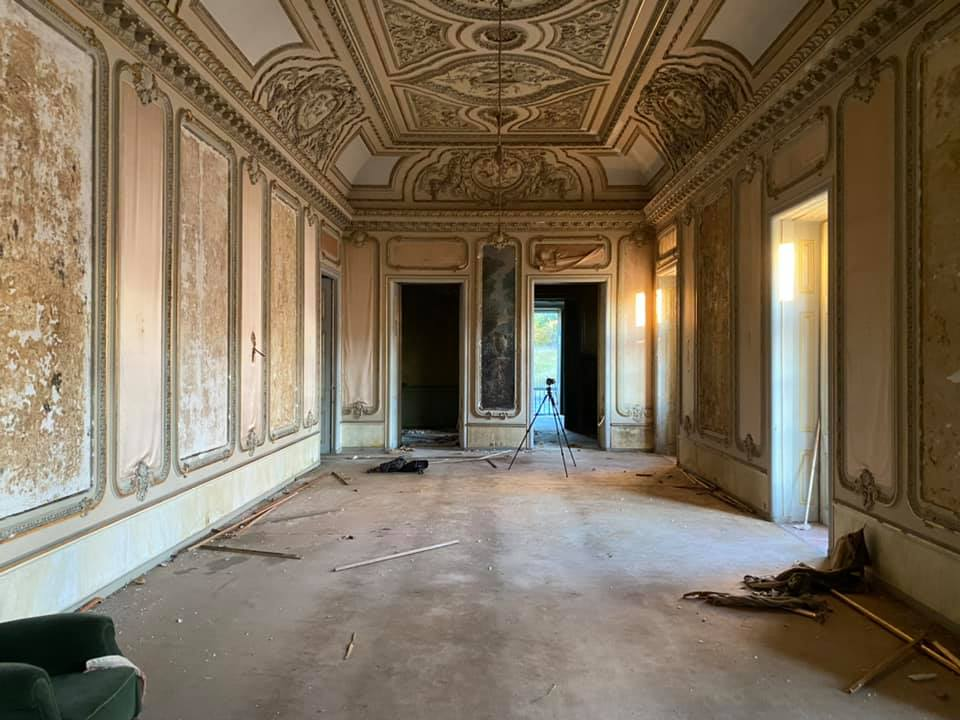 There are reports that there was a “recent robbery of all the canvases” from the former ballroom of Palácio Burnay, located on Rua da Junqueira, in Lisbon. The state-owned building has been abandoned for a few years and has also been vandalized.

The complaint comes via the Citizen Forum Movement LX on its blog, where photographs are published illustrating the state of abandonment and vandalism of the Palace.

classified as Property of Public Interest, the building was acquired by the State in 1940 after having been in the hands of several private individuals. Also known as Palácio dos Patriarcas, the property hosted the Higher Institute of Social and Political Sciences of the University of Lisbon (ISCSP) until 2001.

But after having been the headquarters of the Tropical Scientific Research Institute, it was abandoned for several years.

Now, there is the “recent theft of all screens existing in the old ballroom”, as the Citizenship Forum LX denounces.

This movement reveals that it has already sent a protest for the situation to the Director General of Treasury and Finance, Miguel Marques dos Santos. In addition, he has already participated in the Brigade of Works of Art of the Judiciary Police.

In the movement’s blog, several photos are published that prove the state of abandonment and vandalism of the Palace, as well as the empty walls, from which the canvases will have been removed.

An official source from the Directorate-General for Cultural Heritage confirms to the Observer that he has already received this letter of protest, but does not mention anything else about the situation at the Burnay Palace. 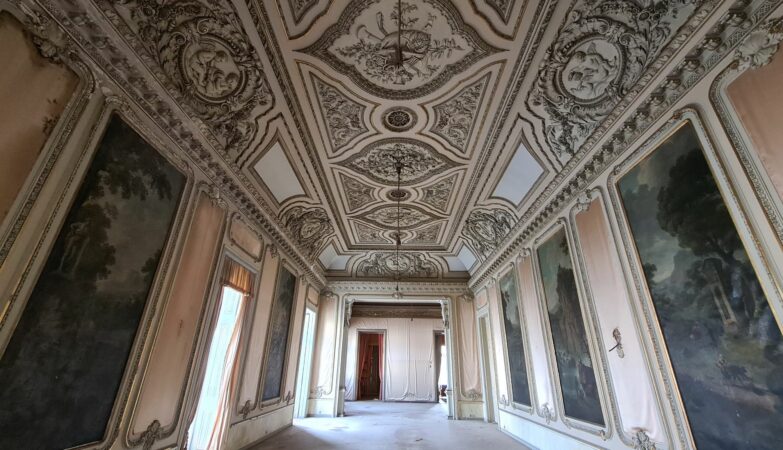 “Intentionality in favor of irrecoverable degradation”

In this letter, the Citizenship Forum Movement LX recalls that it had already warned of “the existence of open windows at street level“, stressing that this meant the “high probability of robberies and even greater acts of vandalism than those that the Palace has undergone”.

“We have now been alerted to the recent theft of all screens existing in the former ballroom of the Burnay Palace, and which still existed when you visited. to the Palace in April 2020, during the preparation of technical reports by the DGPC”, the movement also points out.

The writer Afonso Reis Cabral published, on the 27th of June, an account of his “clandestine visit” to the Palace, noting that it entered through “an open window”.

In the letter of Forum Citizenship Lx, it is also remembered that the Fort of Santo António da Barra, in São João do Estoril, lived “identical costume”, leading the Administrative Court to transfer the ownership of the State property to the Cascais City Council “after a few years of negligence, looting and vandalism”.

Thus, the movement understands that the State’s behavior configures “intentionality in favor of the irrecoverable degradation of classified properties in your custody”.

In the letter, “the information that the Economic and Social Council it would be negotiating its installation in the Burnay Palace”, a fact that is seen as an alternative to “stop it in the degradation and abandonment to which the State voted for this historic property”.

The letter is signed, among other names, by the founder of Forum Citizenship LX, Paulo Ferrero, by film critic and journalist Eurico de Barros, by cultural manager Carlos Moura-Carvalho, former Director General of the Arts, by Swedish-American music Helena Espvall, by writer and researcher Luís Mascarenhas Gaivão, and by the chairman of the Portuguese Archeologists Association, José Morais Arnaud.

However, the CDS deputies Ana Rita Bessa and Cecília Meireles have already questioned the finance minister about the case, namely asking for confirmation if in fact there was a “theft of all the canvases” from the former ballroom of the Palace.

In addition, the deputies want to know if the minister “had already been aware of this situation and, if so, since when”, as well as “what measures were taken after the first warning by the Forum Citizenship LX that there were windows open at street level”.

In addition, the CDS deputies question what plans the Government has for the building.