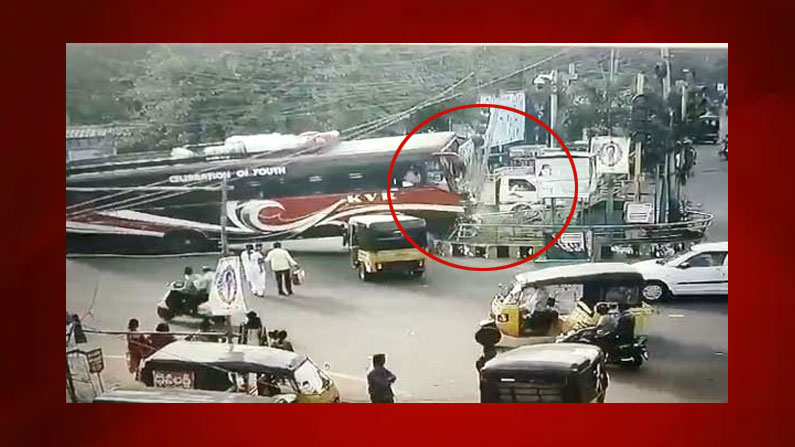 Bus Collided : A private bus caused a disturbance in Vijayanagar district. The car is going to take a turn at the junction. Stopped the slog for road clearance. That’s it .. the private bus crashed like death. Crashed into the car. The accident took place at Collectorate Junction in Vijayanagar. The private bus sped into town. The bus collided head-on with a car waiting at a traffic signal. The car was crushed to that speed. Two people in the car were seriously injured in the accident.