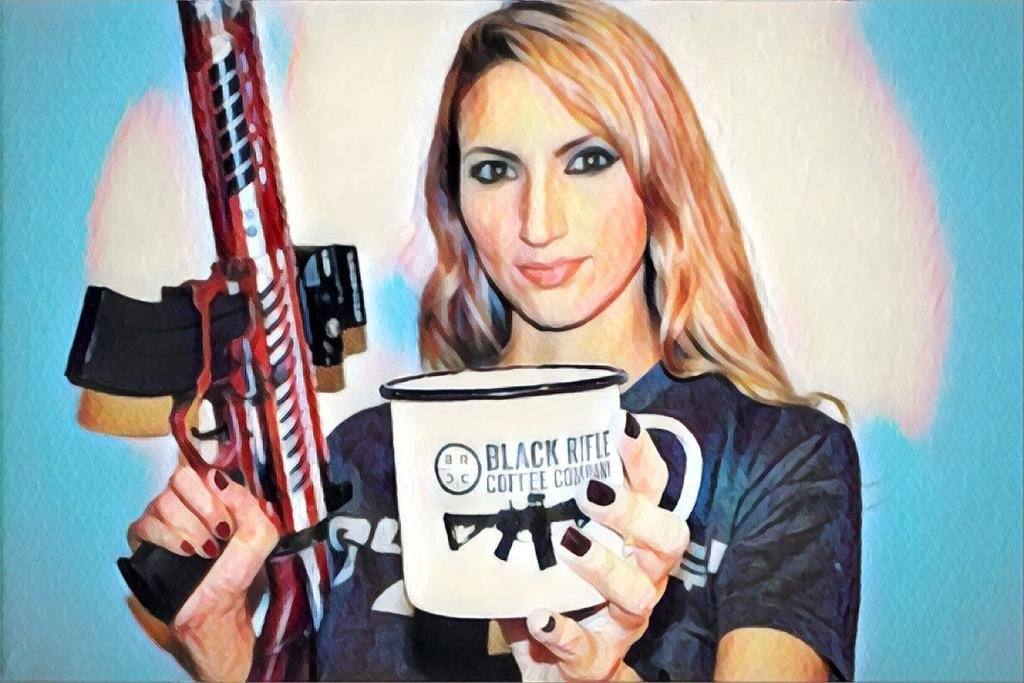 The Black Rifle identity: having good products is no longer enough and companies need to position themselves on big agendas and – sometimes – choose their audience (Black Rifle Coffee/Publishing)

The New York Times magazine shed light this Wednesday on a quirky coffeehouse chain. THE Black Rifle Coffee Company doubled in size last year betting on a consumer profile that is not distinguished by consumer preference, but by political and cultural vision. With a huge American-style coffee cup on the cover, the report says the Black Rifle is for those who “believe in low taxes, pick-ups, the police, the army, in the right to carry guns — lots of guns — and in Trump in 2024 “.

The ambition is as great as that of the former US president, but recent success shows that the possibilities for rifle coffee are greater. According to the NYT, the network could become the “Right Starbucks”. An exaggeration, of course: Starbucks has 80 thousand units around the world and is the global reference in American-style coffee. Its former president, Howard Schultz, has often considered going into politics, but has always preferred coffee to speak louder. In the last one, in 2019, he considered running for the American presidency for the independent party. Trump said he didn’t have “the courage” to stand up to him.

For the courage to mix business with politics, and to stir up culture war in every glass of latte machiatto, is what the Black Rifle does not lack. What the NYT report shows is that even for Black Rifle at some point the correlation between more radical minorities and business can be detrimental.

The company was founded in 2014 by Evan Hafer, a Trump voter who threw in the towel in December and did not approve the invasion of the Capitol by Trumpism’s most radical core in January of this year. He and the two partners are combat veterans—they served in Iraq and Afghanistan.

The company declares itself “pro-military” and “anti-hipster”. Among his first hits are cafes christened with names like “blend AK-47”. During the Trump administration, he supported policies such as banning Muslim immigrants. T-shirts from the network were seen frequently at demonstrations against minority rights and anti-racism — including the invasion of the Capitol.

In another episode, a teenager accused of killing two protesters in a Black Lives Matter movement was seen wearing a network T-shirt shortly after leaving prison. The company said it does not “profit from tragedies”, and was criticized by both sides for fomenting radicalism and also for trying to pass for exemption afterwards.

Now, the company that grew up being cool to Make America Great Again supporters is challenged to keep pace without politically exposing itself in a harmful way. It’s a dilemma that the Black Rifle takes to the extreme, but one that faces more and more companies.

Having great products hasn’t been enough for a long time. Companies need to position themselves on the big agendas — and, when they don’t, social networks try to remind them that this choice is already a position.

In 2018, Nike launched a campaign starring Colin Kaepernick, the football star who sympathized with anti-racism movements, and who closed doors on the country’s top teams. Nike’s message couldn’t be clearer: “Believe in something. Even if it means sacrificing everything.”

Companies that take a stand believe they are on the right side of the story and create connection points with their customers that go beyond the products. But they expose themselves. The good news, as thousands of companies with good ESG practices around the world show, is that you can take a stand without “risking everything.”

The Black Rifle itself has good lessons for any business. By creating a community, it achieved up to 15% of sales in fashion products and reduced costs with physical stores by focusing on direct online marketing. It also showed that consistency of strategy and discourse pays off: half of the 550 employees are veterans or reservists. The chain had revenues of US$ 163 million last year, with only 15 points of sale. The goal is to grow another 50% this year, according to the NYT.

Positioning and social concern are great for business. The culture of haterism online is terrible. The logic applies to even the chain of coffee shops that became a symbol of the culture war in the US.