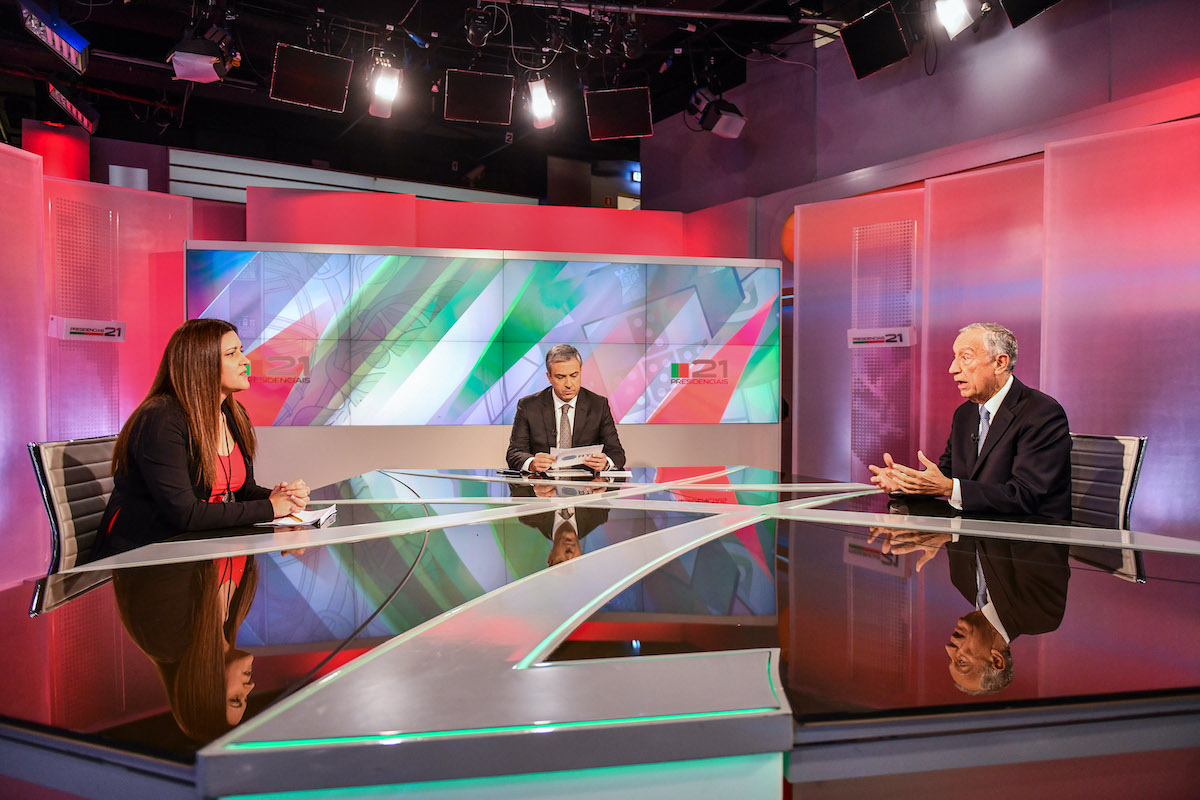 The campaign for the presidential election is at risk after Marcelo Rebelo de Sousa tested positive for covid-19 on Monday night. The remaining candidates, who were in contact with the current President, await instructions from the Directorate-General for Health (DGS).

Last Wednesday, Marcelo Rebelo de Sousa’s press officer tested positive for covid-19. The President did a test, which was negative, and was authorized to participate, on the same day at night, with André Ventura. Thus, Ventura was the first to stay in prophylactic isolation.

In statements to SIC News, Chega’s candidate said that the contact “was not considered risky”, which left him “a little more relaxed”, and that he hopes to carry out the test this Tuesday in order to resume the campaign. Until then, “all campaign initiatives are canceled until the recommendations of the health authorities are known ”, Ventura’s campaign source informed the weekly Expresso.

The next day, Marcelo debated with Vitorino Silva. The presidential candidate said this Tuesday that he contacted the SNS24 line and, as it was not considered a risk contact, he will continue with the election campaign. Despite this, Tino de Rans will ask to do a test to detect the presence of the coronavirus “as soon as he has the opportunity”.

Marcelo also debated with João Ferreira. The communist candidate said he was “absolutely calm” and promised to do as the health authorities indicated. “My campaign has already been changed according to the epidemiological situation,” he added. The actions scheduled for Tuesday will have no effect for now.

On Saturday, Marcelo was face to face with Ana Gomes, who has not yet “officially contacted” by the Presidency of the Republic about the fact that Marcelo is infected with covid-19 and his candidacy says he is “at wait for instructions from the authorities on how to proceed ”.

The candidate awaits instructions at home and has no campaign program scheduled for this Tuesday – other than online participation in the Infarmed expert meeting.

Marisa Matias also contacted the SNS24 line, which “did not consider risk contact” between the candidates, who were together on Saturday, days before the alleged risk contact of the President.

Campaign source Marisa Matias told the Express that the candidate’s agenda is suspended until the test result is known, done this Monday, “as expected”, since on Wednesday the blocker would travel to the Azores and Madeira. Participation in the Infarmed meeting will be done digitally.

According to a source in the Tiago Mayan campaign, heard by Express, the campaign staff has been testing regularly. In statements to SIC, the candidate said he hoped for what the health authorities would tell him. “I’m not going to play the poor guy. I will make the campaign as possible, in terms that are possible ”, he said.

Although the test was positive on Monday, Marcelo’s second test was negative, according to a note on the presidency’s website. “While waiting for the result, as well as for the subsequent instructions from the health authorities, the President of the Republic will attend this morning’s meeting by videoconference at Infarmed“, Adds the statement. Marcelo’s campaign actions were suspended.

“Low risk is not zero risk”

Speaking to Expresso, the virologist Pedro Simas he said that Marcelo’s case is “the best illustrative example that the country could have”. “He is a person who has been very careful since the beginning [da pandemia], which is tested every week, and has nevertheless been infected. ”

Pedro Simas reiterated that “Low risk is not zero risk” and, as “there is no mask 100% efficient, there is little care”.

The specialist considers that a contact with a positive case requires isolation. Asked what the other candidates and political leaders who met Marcelo last week should do, Pedro Simas replied that “they must comply with the rule: stay in prophylactic quarantine.”

For Pedro Simas, democracy is not at stake because campaigns are interrupted. “The priority now is to save lives and we are in the most critical phase of the pandemic. We have already made so many sacrifices, ”he said.