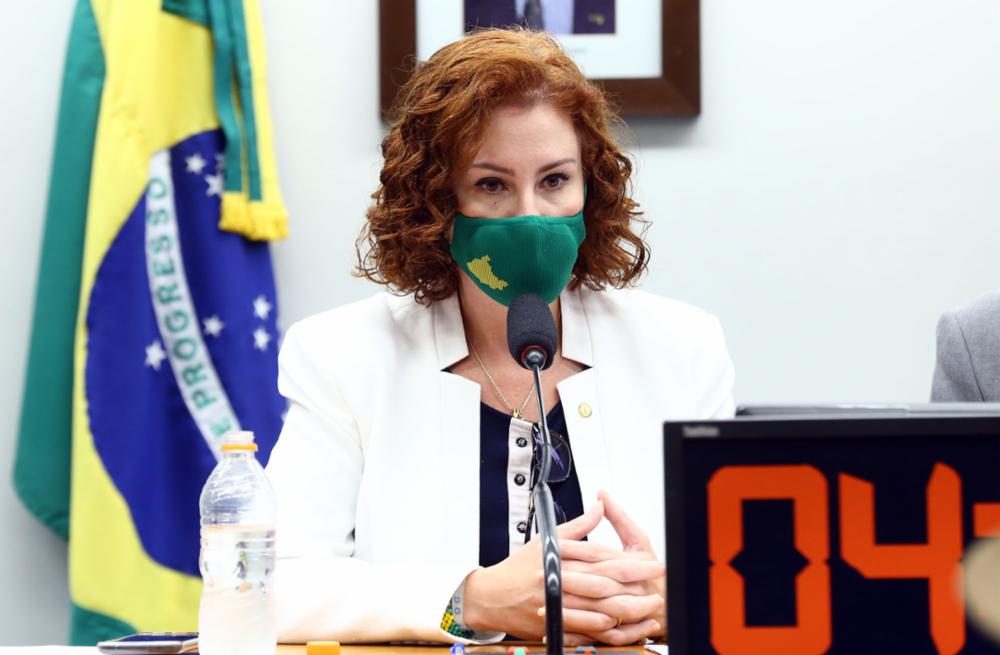 Parliamentary justified decision because it is difficult to remove Renan Calheiros from the commission’s rapporteur due to legal issues; deputy even said that senator does ‘politics over corpses’

Cleia Viana / Chamber of DeputiesCarla Zambelli also commented on her presence at the collegiate, which took place during the testimony of the former Minister of Communications, Fabio Wajngarten

The federal deputy Carla Zambelli (PSL) considers the senator Renan Calheiros is being partial in conducting the testimonies in the CPI to Covid-19, that happens in Federal Senate. The parliamentarian, as well as other government officials, are preparing to question the partiality of the report in court, as soon as the document is completed and forwarded to the Public Ministry. “As we have already realized that changing the rapporteur is going to be complicated in court, so the idea is after the report is ready is to question how it was built. I have no doubt that Renan Calheiros will be partial in relation to the construction of the report. I want to be wrong, I would like to be wrong, I would like to be surprised. So the idea is not to question at the CPI, because the CPI has to end quickly, ”he said in an interview with Jornal da Manhã, from Young pan, this Tuesday, the 18th. “Unfortunately there is nothing to do, unless it turns out to be something worse than it is already”, he added, signaling that the parliamentarians of the government’s support base want to compile Calheiros’ speeches that can demonstrate the partiality. “We realize that Renan wants to direct an answer. When the deponent speaks harming the president he accepts. When he says something that suggests that the president is innocent, that the president was not to blame, that the government was not to blame, he starts to get nervous. ”

Carla Zambelli also commented on her presence at the collegiate, which took place during the testimony of the former Minister of Communications, Fabio Wajngarten. The parliamentarian justified that she was on the committee because, in the previous week, the deputy Jandira Feghali was at the CPI to accompany the female bench, which defended one more seat in the committee for senators. Contrary to the theme, Zambelli stated that “the fact that you are a woman does not indicate that you should have a seat at the CPI” and that, seeing her colleague being received at the collegiate, she considered that she also “had the right to be able to be there”. “The difference is that women who are government officials are not well regarded, but women who are to be able to transform the commission into a circus, to be able to support a woman who at that time wanted to use her argument of authority to participate in the CPI, including speaking in first place. Now there will also be a sequence of speeches according to the person’s gender. Very complicated, there will be a trans bench [transexuais] saying they want to participate, ”he said, noting that he can return to the collegiate.

“I will be there at all times when supporters are threatened,” he said. Still on the role of Renan Calheiros in the collegiate, the federal deputy criticized the “value judgment” of the senator who, according to her, was “putting signs of how many people died” for Covid-19 to be able to “gloat over the deaths”. Carla Zambelli pointed out that it is possible to mention the number of doses of vaccines applied and the total resources of the federal government destined to States and municipalities, as well as the amount paid for emergency aid. “There are several other ways of looking. I prefer not to do politics over corpses, Renan does and treats over families that have lost their loved ones. ”