Carnival at home? Check out our selection of films, music and books for the holiday

Carlos Alberto de Nóbrega is discharged after ten days in hospital: ‘We won’

Admitted to the Sírio-Libanês Hospital, in São Paulo, since February 20, Carlos Alberto de Nóbrega was discharged on Tuesday...
Read more

Pele in the 1970 World Cup: records of the greatest player (Netflix / Press Release)

One of the biggest myths of the jazz, the singer Billie Holiday (1915-1959), coincidentally or not, won a revival in the United States with two distinct works. The biographical film The United States vs. Billie Holiday debuts on the Hulu platform on February 26 and has already won a nomination for the Best Actress award at the Golden Globe (whose delivery ceremony will be on February 28) for Andra Day. And the documentary Billie, with colorized scenes of the real artist, has been available since the end of 2020 in Amazon Prime Video American.

Unfortunately, there is no date set for these two films to be accessible in the country. Which is unfortunate, given the historical size of the main character and even the Golden Globe nomination – which is often repeated at the Oscars (whose competitors for awards will be announced on March 15). Billie was a singer with a very personal style, who immersed herself in the lyrics of the songs to extract the most impactful and intimate interpretation, without vocal juggling.

As a singer, she influenced contemporaries like Frank Sinatra. As an artist, he engaged himself against prejudice, especially with the racist anti-lynching anthem Strange Fruit, from 1939. As a person, she was prostituted by her mother in her teens, mistreated by husbands and lovers and physically destroyed herself with heroin and alcohol until her early death, at the age of 44. 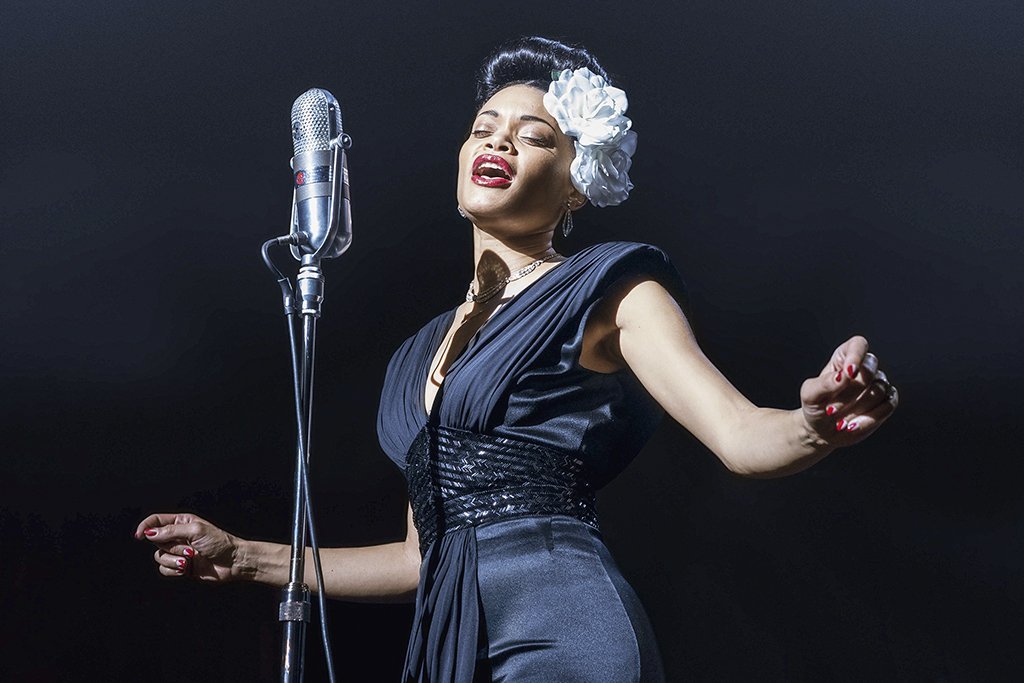 The United States vs. Billie Holiday focuses on the 1940s, a period when Billie became a “national threat” worthy of surveillance by the Federal Bureau of Narcotics, due to drugs and the pamphlet Strange­ Fruit. Arrested for possession of drugs in her apartment in May 1947, she was convicted and served time until March 1948, being released for good behavior.

“They said it was ‘the United States against Billie Holiday’. And that was how I felt ”, she said in her autobiography Lady Sings the Blues (whose most recent Brazilian edition came out in 2003). Billie already had a biopic in 1972, The Sunset of a Star, with singer Diana Ross. A film that was not bad (Ross was nominated for an Oscar), but did not live up to the figure. Now, the mission to live Lady Day on the screen was with another singer, Andra Day, who debuts as an actress at 36 years old. The documentary Billie brings the real Holiday in colorful presentation scenes. Good news: the documentary’s soundtrack is available on Spotify.

Dylan and the beatle friend 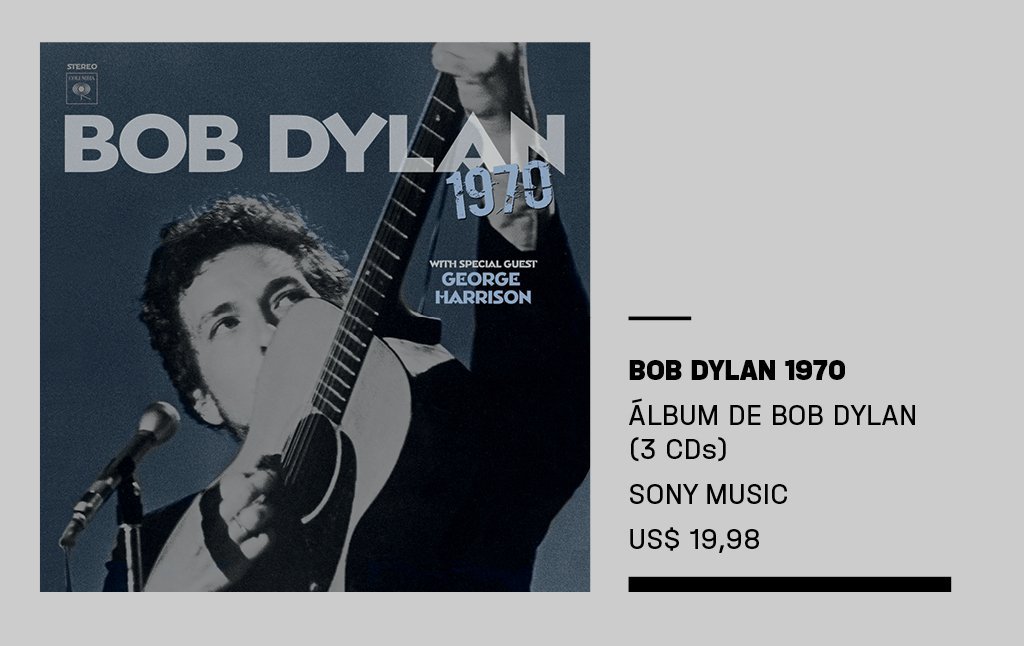 The policy of Bob Dylan launching unpublished pearls from his archives continues with the triple album Bob Dylan 1970. This new compilation brings all the recordings of the American singer in the year of the title. Some tracks record the visit of former Beatle George Harrison in 1The May (three weeks after the announcement of the end of his band). The two friends had fun with old rock covers and a version of the classic Yesterday. A document that fanatics have waited 51 years to hear.

Advice from a billionaire 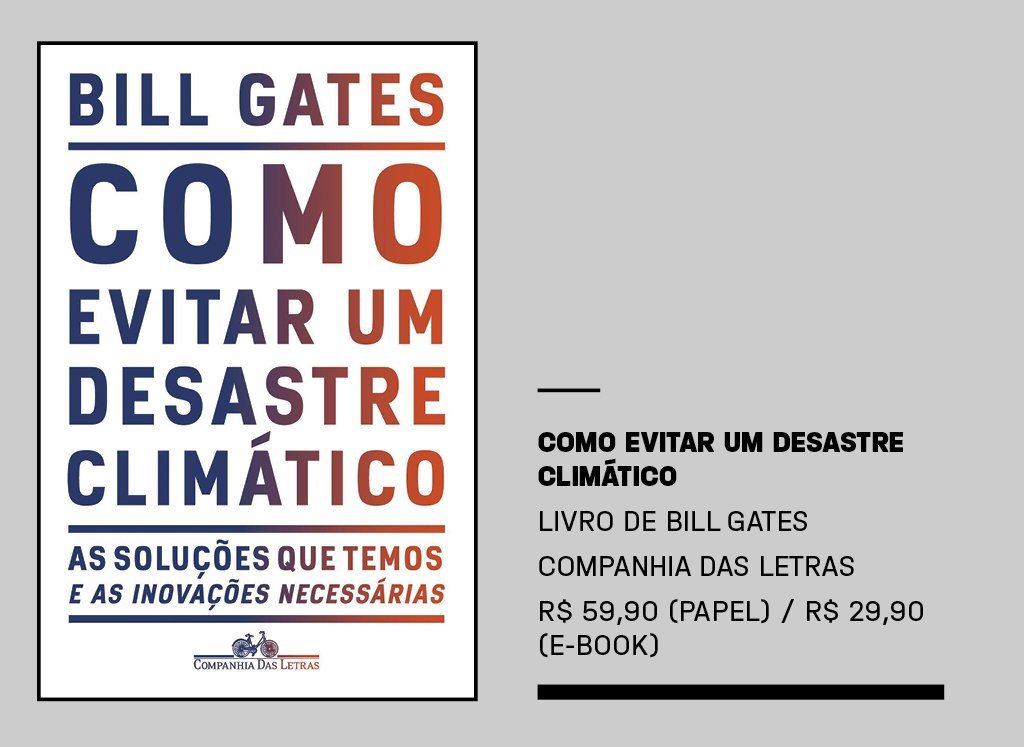 Man who became the richest in the world for years in a row thanks to his Microsoft empire, the American Bill Gates is dedicated to consolidating its image as a philanthropist. In his third book (first since 1999), How to Avoid a Climate Disaster, the billionaire investigated climate change and listened to experts to come up with a proposal to reverse damage and prevent a global environmental catastrophe. The launch in Brazil is simultaneous to other countries.

NEW LOOK AT THE KING

Pele’s magic is recorded in a Netflix documentary

The deeds of Skin in the field are unmatched. Three World Cups won, more than 1,000 goals scored, genius moves, physical preparation ahead of his time in the 1960s. Any attempt to prove to recent generations that he deserved the title of King of Football is valid. For this reason, the documentary simply named Skin, Netflix production in association with the British Pitch Productions.

The film should feature unpublished archival footage and recent interviews with Pelé himself and former lawn mates like Zagallo. The foreign vision of two British directors (Ben Nichols and David Tryhorn) will be compared to the greatest previous production on the star, the Brazilian Eternal Skin, directed in 2004 by Aníbal Massaini Neto – a great compilation of goals hampered by unnecessary praise. The new documentary has as one of the producers Kevin Macdonald, who won the 1999 Best Documentary Oscar with Munich, 1972: One Day in September.

Carlos Alberto de Nóbrega is discharged after ten days in hospital: ‘We won’

Exports of electronics goods that the corona has reached precipitation

Prime Time Zone, Rajendranagar: Attacks on young women in the name of love are increasing day by day. It is learned that the...
Read more