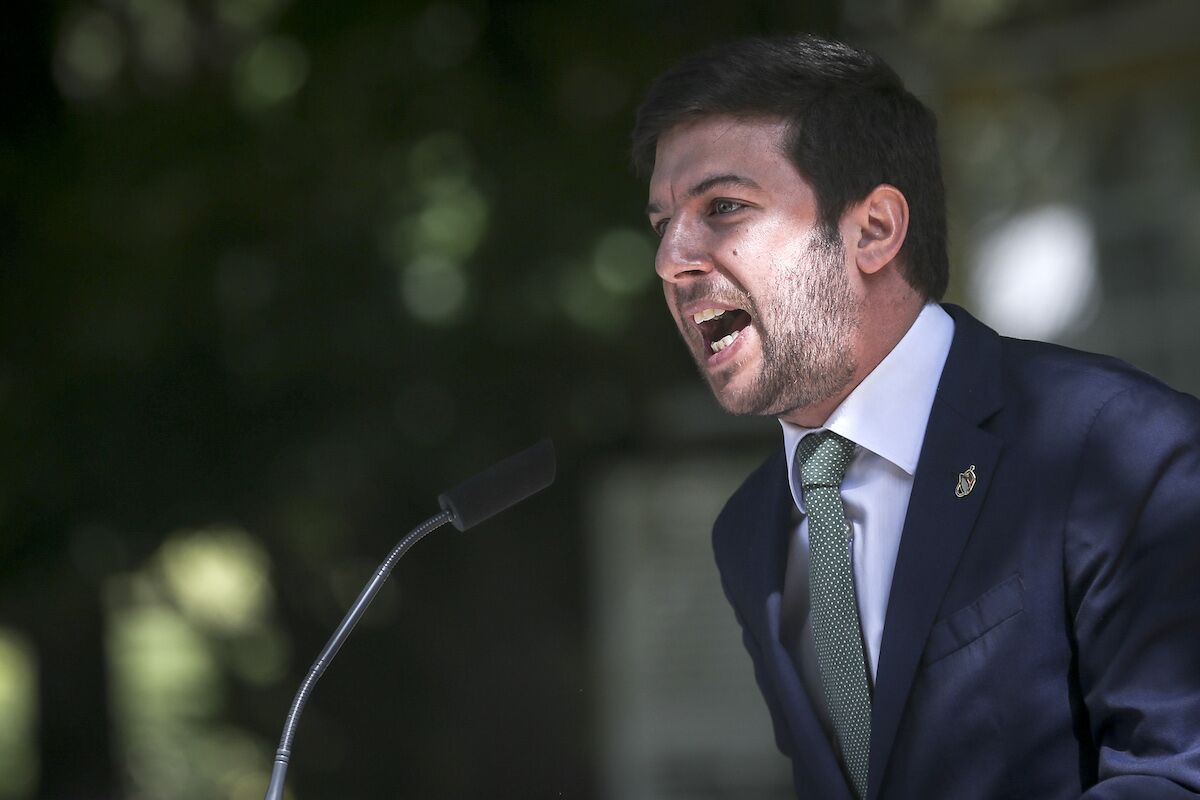 The president of the CDS-PP defended, this Sunday, that the prime minister demonstrated, in the PS Congress, that he is alone “in a wonderland”, while the people live in a “very black” scenario.

The declarations of Francisco Rodrigues dos Santos were given, this Sunday afternoon, at the presentation of Carla Rodrigues’ candidacy for the Municipality of Oliveira de Azeméis, municipality in the district of Aveiro where, for the first time in history, CDS and PSD are running together in local elections.

The popular leader said that he detected in António Costa’s speech “an incurable incongruity”, revealing a serious problem in socialist communication: “It is that António Costa live in wonderland, but the Portuguese live in the country of António Costa”.

For Francisco Rodrigues dos Santos, “the truth is that the country’s portrait is not rosy as the prime minister painted it”.

“It’s very black and the Portuguese know it, because corruption is increasing, the PS occupied with its friends both the State and the bodies that must be independent to fulfill their mission and the Portuguese have never paid so many taxes nor were they ever so enslaved to pay such a State machine. big”, he stressed.

The president of the CDS gave two other examples: “Never have so many millions of Portuguese waited and despaired – and some died – waiting for an exam, a consultation or surgery in hospitals, and never our private initiative and our entrepreneurs had a State that, back to back, want to throw millions of euros Europeans to the public sector – where their clienteles are – rather than supporting those who create wealth and create jobs”.

Recalling the CDS’ willingness to include in the next State Budget new measures to support families and encourage births, Rodrigues dos Santos later criticized the prime minister’s arguments on this issue, although he expressed himself with a lapse of language that immediately corrected.

“António Costa wants to solve the problem of birth in our country with rhetorical skills and slugs, as if, by magic, the structural problems that our party presents… that this country presents, especially in a demographic winter that has lasted for many years“he declared.

By emphasizing that so few babies have never been born in Portugal as today, which he attributes to the low wages, the high cost of living, the difficulty in accessing housing, the increasingly advanced age of the first pregnancies and the growing incompatibility between professional and The national president of the CDS blamed these problems on the socialist government strategy, which he considers based on the belief in “magical arts”.

“The causes [desta quebra demográfica] have not been resolved by this Government for six years now”, explained Francisco Rodrigues dos Santos, classifying the PS measures at that level as “an insult to anyone who wants to have children”.

Promising “concrete proposals that make a real revolution in the birth rate in Portugal”, Francisco Rodrigues dos Santos concluded that the path he expected to hear António Costa follow “is the one that the CDS will propose in the coming weeks”.

“We want a universal and free childcare network, exemption from the IRS for large families, an increase in pensions for families with more children, a monthly fee for those who want to have children that will allow them to support a family life. We want to reconcile family and professional life through new support mechanisms for mothers, freedom of choice for families to choose the school that best suits their routines and stimulate our economy with a ‘family-friendly company’ seal that gives them tax benefits”, he announced.