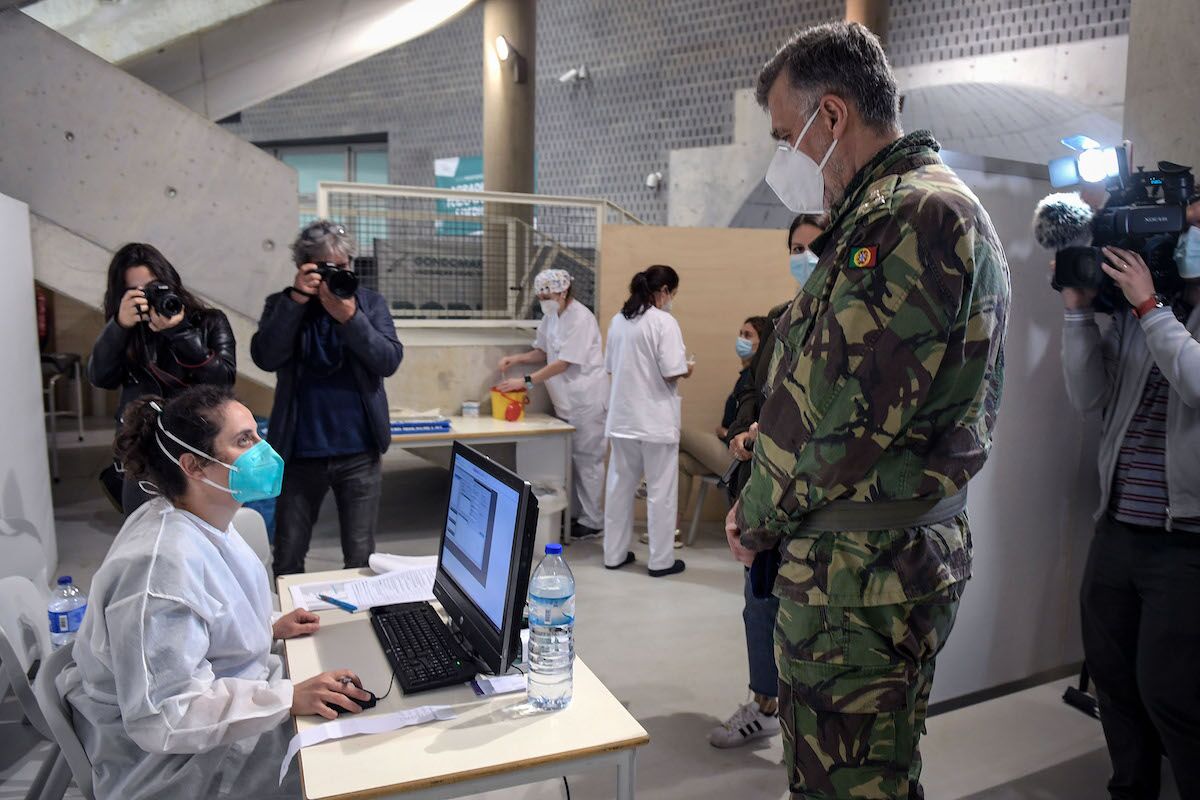 With 85% of the Portuguese population having at least one dose of the vaccine, affluence to vaccination centers begins to be residual, with some transferring resources to health centres. So far, there have been 82 deaths in Portugal with possible links to taking the vaccines.

The four covid-19 vaccination centers in the Douro Norte halve the opening hours from Tuesday and, at the end of the month, the means will start to be shifted to the health centers. The information was given yesterday by the executive director of the Group of Health Centers (ACES) Douro I — Marão and Douro Norte, Gabriel Martins, who said that the volume of users who want to be vaccinated “begins to be residual”.

In the area of ​​this ACES, which covers seven municipalities — Alijó, Mesão Frio, Murça, Peso da Régua, Sabrosa, Santa Marta de Penaguião and Vila Real — 82% of users were vaccinated with the first dose of the vaccine and the full vaccination rate is in the order of 79%.

“We started to have a volume of users that is either resistant to vaccination or is in number tiny and, as such, it does not justify having entire teams guarantee the permanence of vaccination centers for an influx so low and, in a logic of saving and optimizing resources, we are going to reduce 50% of our installed capacity in vaccination centers”, explained Gabriel Martins.

“From the end of September, we will tend to start moving resources from vaccination centers to health centers”, added the person in charge. However, Gabriel Martins pointed out that they will still have to be resolved “some unknowns”, namely what the option will be in relation to third doses, that is, which groups may be the target of a third dose of the vaccine against covid-19.

The director stressed the “quite intense effort” which is being done to vaccinate the few users who have not yet done so. “We have been making calls by phone of users who are still in arrears and our rate of recap number of users is low. In other words, in 100 phone calls, we often get 15 or 20 users who come to be vaccinated”, he said.

Infarmed, the National Authority for Medicines and Health Products, announced yesterday that they have been registered in 14 thousand suspected adverse reactions vaccines against covid-19. There are still records of 82 deaths among the elderly, although it is not possible to prove the cause-effect relationship between taking the vaccine and deaths.

Most of the notifications happened with the vaccine of Pfizer/BioNtech (Comirnaty), 7581, followed by AstraZeneca (Vaxzevria), with 4188, Moderna (Spikevax), with 1486, and Janssen, with 1136. Even so, the organization emphasizes that these data “do not allow for comparison safety profiles among vaccines”, as they were used in different population subgroups and “in different periods and epidemiological contexts”.

Through the Infarmed numbers it is possible to see that per thousand vaccines were detected an adverse reaction with Pfizer, Moderna and Jansen vaccines, while with AstraZeneca the number changes to two. Infarmed also says that this trend has remained stable over the months that the vaccine has been administered.

With regard to the 82 deaths recorded due to possible links to the vaccines, they occurred in people whose age was, on average, the 77 years old, although, as reinforced by Infarmed, “the existence of a causal relationship between each death and the vaccine administered is not necessarily assumed, also taking place within the normal patterns of morbidity and mortality of the Portuguese population”.