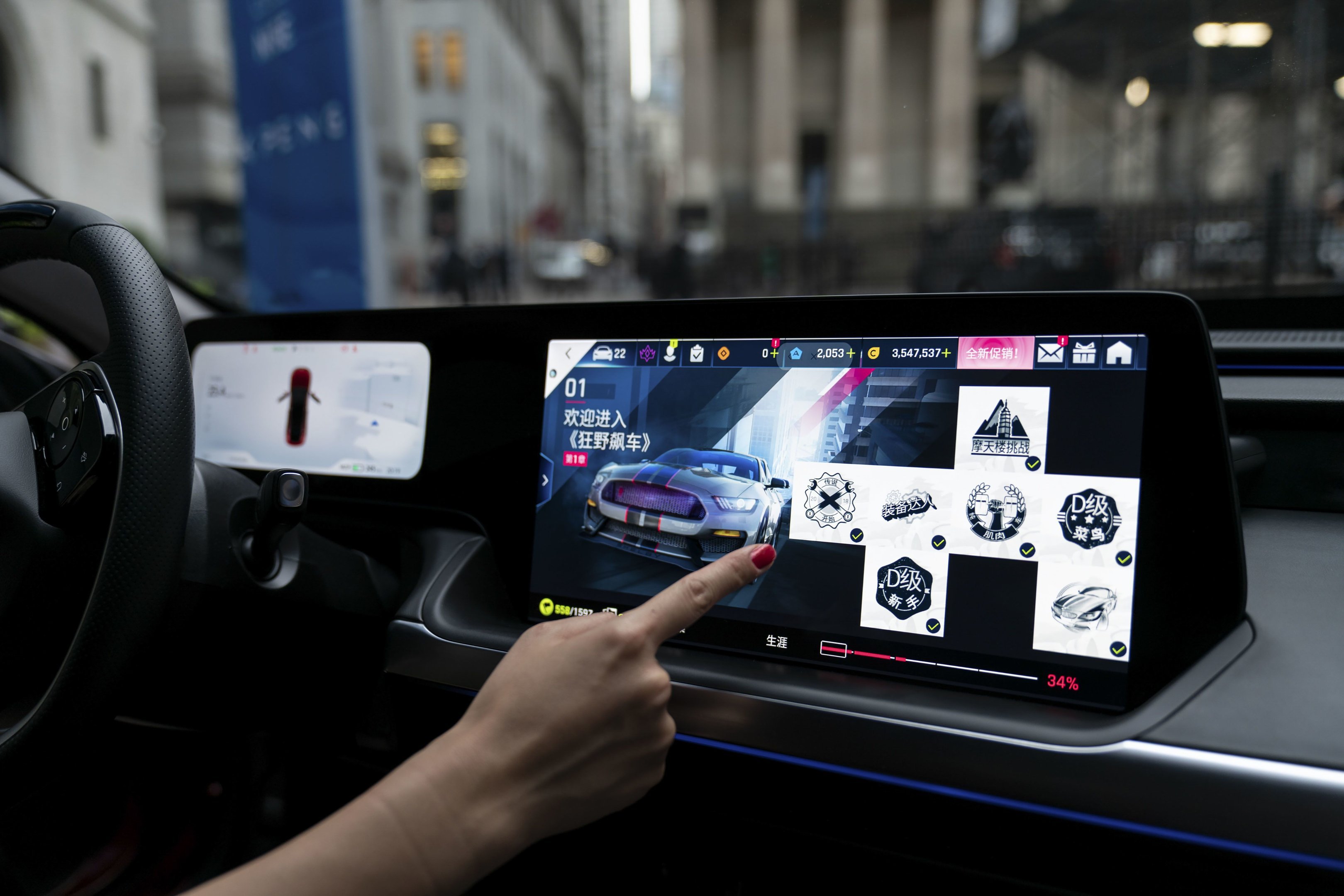 A video game on the touch screen in an Xpeng P7 electric vehicle. (Bloomberg/Disclosure)

A BMW You rarely have to answer this question in showrooms in the West, but the topic becomes increasingly important for car sales in China: can I sing karaoke in this vehicle?

Customers in the world’s largest automotive market have been demanding that karaoke apps like Changba work in new vehicles. Chinese manufacturers such as XPeng, Nio and BYD are at the forefront of this trend, outperforming Western rivals by offering models with karaoke microphones. Demand goes beyond music as Chinese consumers also seek continuous access to features like in-car payment and social networking connectivity.

“We identified this as a challenge,” said Christoph Grote, head of BMW’s digital car unit. “Chinese consumers are the most demanding when it comes to in-car digital technology.”

Exploring local tastes is key to winning customers in China, where electric car adoption is accelerating and Chinese car offerings are growing rapidly. The country is the biggest market for BMW as well as Volkswagen, accounting for 36% and 40% of sales, respectively.

Local brands have been striving to win over Chinese consumers with a demand for digital capabilities. At the beginning of the year, the Zhejiang Geely launched Zeekr, an all-electric brand aimed at millennials, and automakers have turned to influencers to publicize their models with the expansion of online shopping.

While Western automakers have traditionally viewed digital connectivity as a feature they can charge customers more for, their Chinese rivals use these tools as an enabler to integrate third-party services, said Bill Russo, CEO of Automobility, a Shanghai consultancy.

“These digital services are dominated by local ecosystem players in China, and multinationals often don’t have the deep local collaborations needed to generate revenue from these services,” said Russo.

BMW does not yet offer karaoke features in its cars, but has worked with Tencent to integrate a function to pay parking fees through the popular WeChat Pay app.

The manufacturer plans to use a joint venture formed last year with Nanjing technology company Archermind Technology Nanjing to expand its connectivity capabilities and is open to other partnerships, Grote said.

“You need a technology roadmap for China and local resources,” he said. “Our joint venture allows us to develop directly within the Chinese technology ecosystem.”