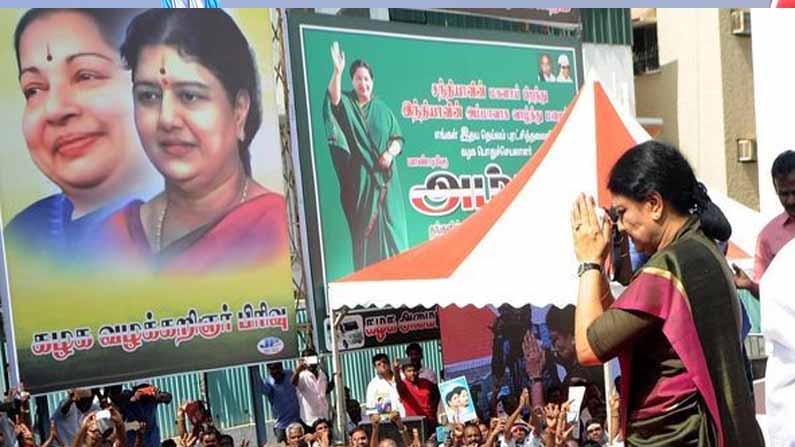 vk sasikala put up in chennai fa Former AIADMK leader and Jayalalithaa aide VK Sasikala, who was jailed in a case of assets beyond income, has recently come out. It is learned that she will leave for Chennai on Monday. Sasikala, who has recovered from corona infection, has been in isolation for a few days. Sources close to her said that she will reach Tamil Nadu on Monday evening as the latest deadline has passed.

With Shashikala’s arrival in Chennai, the AIADMK leaders have complained to the police that her group intends to commit riots and violence in Tamil Nadu. Shashikala, on the other hand, is arranging for her group to give a large-scale welcome as soon as she enters Tamil Nadu. Shashikala fans have made huge welcome arrangements in Chennai city. Posters, banners and cutouts with photos of AIADMK leaders including Sasikala and Jayalalithaa were erected. The supremacy has already made it clear that it will not be neglected if the AIADMK leaders go to meet Chinnamma and will be expelled from the party. See what happens next