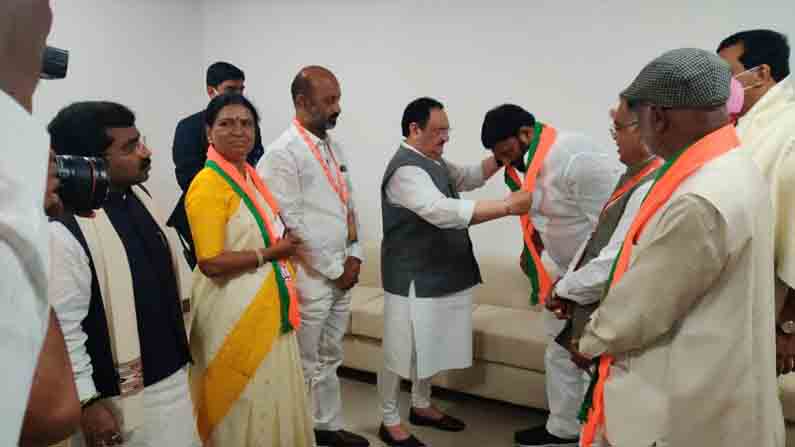 Kuna Srisailam Goud Joined in BJP The BJP in Tamenanna Dheema is expected to come to power in Telangana in the coming elections. Akka is recruiting strong leaders institutionally as it has already emerged that she is an alternative to the ruling party. The squatting hand is gently covering the party leaders with an infusion scarf. As part of this, former Kutch MLA Koona Srisailam Gowda joined hands and joined the Lotus Party.

Koona Srisailam, who was hoping for a Congress party ticket for the Kutch Assembly constituency in the 2009 elections, was disappointed. With this he contested as an independent candidate and won. Since then, despite some dissatisfaction with the party, the Congress has remained in the party with the changed political landscape. However, Kuna alleged that the Congress party has not been able to play the role of opposition effectively for the last six years. Srisailam said the party had changed with the perception that the BJP was the right party to fight the TRS.

The BJP, which carried out Operation Hyderabad, will be successful in that task. Kamal, who was exceptionally strong in the GHMC elections, is now in the process of attracting leaders of other parties. The arrival of proper recognition in the existing party is inviting the orange scarf down to the tune of disgruntled leaders.

Read Also ిన Podu turned into a headache for the government .. Bullets of words of leaders on tribal lands ..