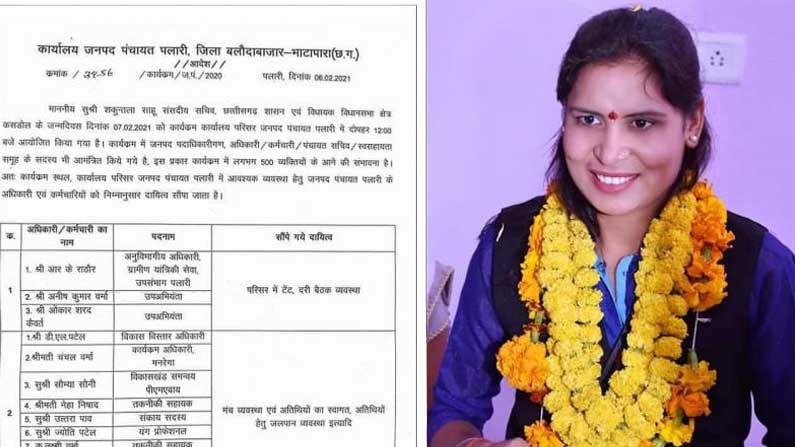 Congress MLA Birthday: An interesting incident has come to light in the state of Chhattisgarh. Birthday of a Congress MLA ..

Congress MLA Birthday: An interesting incident came to light in the state of Chhattisgarh. Government officials have been instructed to hold a birthday party for an MLA from the Congress party. Orders to that effect were also given. Also .. Who among those orders should look after the tent management for the birthday celebration? Who should make arrangements for parking of their vehicles attending the ceremony? Allocations for arrangements such as cake cutting are also included in those orders. In full detail .. February 07, 2021 is the birthday of Congress MLA Shakuntala Sahu from the state of Chhattisgarh. The government, however, ordered government officials to hold her birthday celebrations. Those orders specify in detail which officer is responsible for the conduct of the birthday celebrations, including the date of birth. Their responsibilities, including the names of the employees, were made clear in those orders. However, a photo of those orders is going viral on social media. Those who have seen this photo are sniffing. See that photo too.

America President: Woman’s letter to Biden .. US President who read it and phoned immediately .. What is in that letter ..