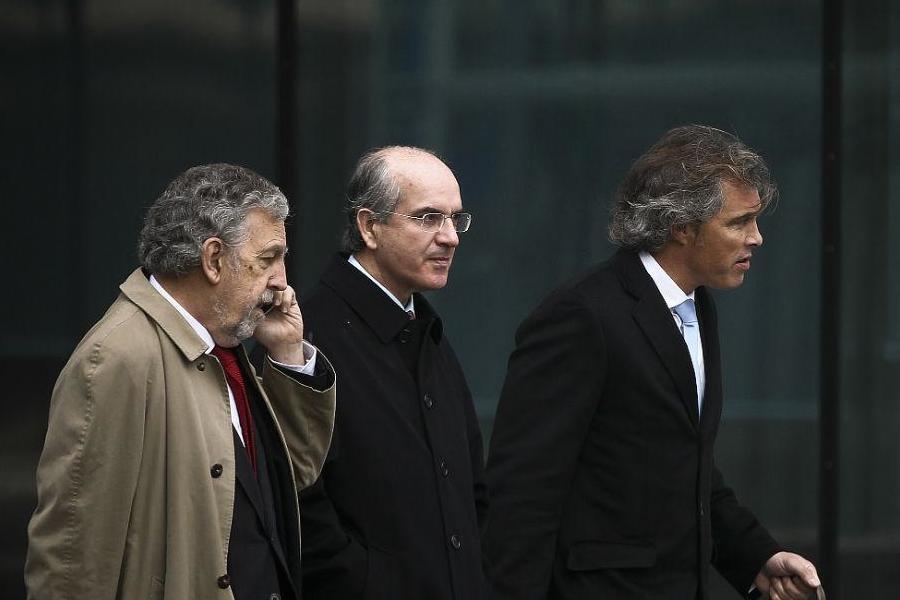 João Rendeiro (center) during the trial of the BPP case

The Constitutional Court (TC) once again ruled that the appeal filed by João Rendeiro and Paulo Guichard in the context of the Banco Privado Português (BPP) case is inadmissible.

The Constitutional recalled that “the Summary Decision now being claimed (pages 18795-18801) concluded that the claims of the appellants they did not substantiate a passive object of inspection in this headquarters, since, on the one hand, the question of constitutionality raised by appellant A. did not correspond to a normative sense truly adopted by the Appellate Court in its ratio decidendi“.

In addition, says the court, the first question of constitutionality raised by appellant B. addressed “the deconstruction of the subsutive application carried out by the judge in the specific case, in an attempt to investigate the judgment per se” and “his second question had no constitutional nature, but only an irresignation at the infra-constitutional level, involving a disagreement on the powers of cognition of the Court a quo“.

The TC then decided, after analyzing the grounds for the appeals, “to reject the two claims presented and, consequently, confirm decision Summary No. 378/20″, which Lusa reported on June 8th.

In that decision, the Constitutional Party stated that “the merits of the appeal cannot be known and, the assessment of the other admissibility assumptions – in view of the need for its cumulative verification – being idle -“, concluding, “from now on, by your inadmissibility“, reads in the document.

Thus, the TC decided “not to know about the object of the appeal filed” by both João Rendeiro and Paulo Guichard.

In the document, the Court recalls that the case, coming from the Supreme Court of Justice, had two constitutional appeals, filed by former BPP managers, but which the TC considered not admissible.

According to the weekly Expresso, the case should now go down to the first instance decision, for confirmation of the sentence and for it to become definitive (effective imprisonment of five years and eight months in Rendeiro’s case). Only after there will be an arrest warrant, or the presentation of their own for the execution of the sentence.

As they lost this decision, Rendeiro and Guichard are still required to pay 2040 euros in costs, writes the same newspaper.

On May 14, the court also sentenced Rendeiro to 10 years in prison effective, according to the reading of the sentence at the Campus de Justiça, in Lisbon.

These convictions to effective sentences for the crimes of fiscal fraud, breach of trust and money laundering result from a process extracted from the first mega process of document falsification and computer forgery.

Rendeiro and other former BPP administrators were accused of crimes of qualified tax fraud, aggravated abuse of trust and money laundering for facts that occurred between 2003 and 2008, after having awarded prizes and misappropriated bank money .

The court found that the defendants João Rendeiro, Fezas Vital, Paulo Guichard and Fernando Lima withdrew, in total, 31.280 million euros for your personal sphere. Of the total amount, more than 28 million euros were withdrawn between 2005 and 2008.

The collapse of BPP, a bank dedicated to the management of wealth, took place in 2010, after the BPN case and preceding other scandals in Portuguese banking.