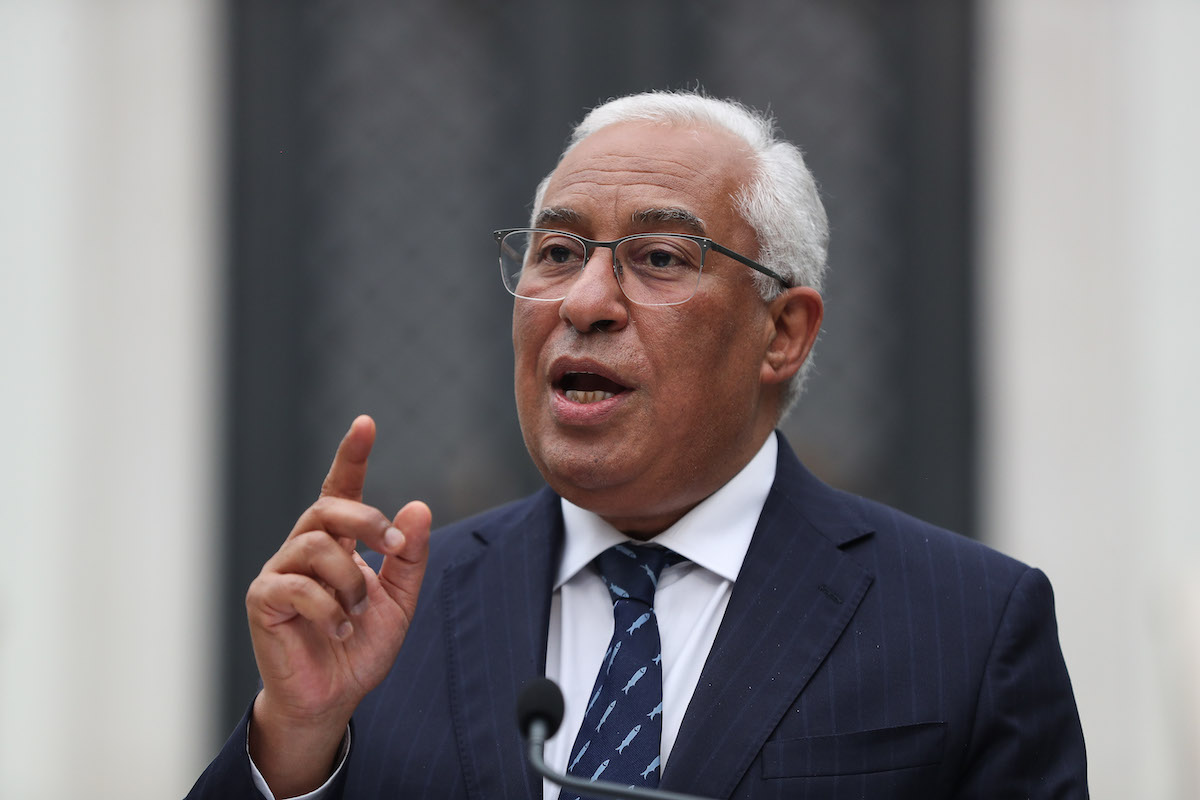 The prime minister appeared at the last minute at the meeting of the PS parliamentary group, accompanied by the finance minister, to explain to deputies the State Budget for 2022, which is at risk of being lead, after PCP and BE said they would vote against the Government proposal if it stays as it is.

António Costa he began his speech saying that he has “no reason to believe that this year is not the same as what happened in previous years” and that he manages to approve the Budget with the support of the parliamentary left.

In this regard, Costa said that the Government will approve next week, in the Council of Ministers, the legislative package called “Agenda for decent work” and the new Statute of the National Health Service (SNS), two left flag that can help when voting for OE2022. He also promised “humility” on the part of the Government to discuss the budget with the parties.

A “Agenda for decent work” includes the issue of the expiry of collective agreements, while the new SNS Statute it focuses on the careers of health professionals – two matters claimed by the parties to the left of the PS and which will continue for public discussion after their approval by the Council of Ministers.

This announcement was communicated by António Costa at the beginning of the meeting on the proposed State Budget for 2022 with the PS Parliamentary Group, in the Assembly of the Republic, in which the Minister of State and Finance is also present, John Lion, as well as the secretaries of state Duarte Cordeiro e James Antunes.

Without referring directly to the demands of the Left Bloc and the PCP in the negotiation process for next year’s Budget, in matters of health and work, António Costa said that the “Agenda for decent work”, which aims to combat precariousness, boosts the collective contraction and updating the issue of forfeiture, is one of the matters related to the budget proposal.

With regard to labor legislation, the executive leader said that he intends to respond to precariousness at work, promote a better balance between work and professional life and “energize social dialogue at the level of collective contracting and social consultation”.

“This is a political instrument that has to be articulated with this State Budget. I see that some talk about the subject of expiry [das convenções coletivas], which is not dealt with in the Budget law. But it is and will be treated – and treated well – in the decent work agenda that we will approve in the next Council of Ministers to put it in public discussion and quickly pass the form of law”, he stressed.

In his speech before the socialist deputies, the prime minister argued that, in addition to Health Basic Law, already approved, the NHS must have its own statute, creating the proper conditions for organization, bearing in mind that the entire system “has an articulated and organized management”.

“The objective is to create the proper rules so that careers are attractive and conditions that allow them to attract and permanently retain professionals who feel fulfilled in the service they provide to the community through the NHS. The SNS Statute will also go to the next Council of Ministers to go soon after for public discussion”, he added.

Also in this part of his intervention, the executive leader considered that “it is not possible to postpone the professional status of artists, which will go to the Council of Ministers next week, going to public debate”.

“An effort is needed to bring part of the artistic activity back to typical and normal forms of contracting”, he pointed out.

António Costa also spoke about the increase in the national minimum wage, whose update value is not yet known, implying that the increase may be higher than the average of recent years, stating that it is necessary to “reach the goal of 750 euros in 2023 and seek to get as close as possible to this goal so that the 2023 effort is not excessive, but as balanced as possible”.

In criticism of the political forces that last year voted against the State Budget proposal, the leader of the executive began by pointing out that Portugal will reach the end of 2022 “not only having recovered everything that the country lost in 2020 and 2021, but already above where it was in 2019”.

“As always, some will say: lack of ambition. Well, I would like everyone to hear what our opponents said would happen during this crisis. Fortunately, nothing that they predicted happened and today we came out of this crisis in a way that none of them thought was possible”, he declared, with the Minister of State and Finance, João Leão, at his side.

António Costa also said that he is prepared to hear the criticism that the Government’s budget objective is “unrealistic, that there are huge clouds on the horizon, and on top of that, with the increase in the national minimum wage to compromise the economy’s recovery”.